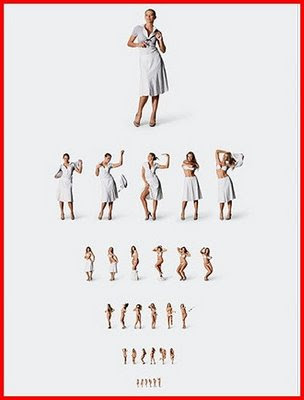 Royal Mail and the government have been a little at odds over the future of the Post Office.
As shutting local offices was revealed to be a big vote losing factor in the recent local elections the government has been keen to draw a line under the closing of post Offices and 'Move On'.
However, the Post Office management unhelpfully hadn't been as definite, committing itself to keeping open some 7,500 offices against the governments commitment to 12,000.
Why the discrepancy?

As usual the answer is in the small print.

"The government has committed funding to allow a Post Office network of 12,000 offices UNTIL 2011, and a strong ASPIRATION to continue beyond this date"

Precisely. What a total w--k.

A get-out clause along the lines of a new Middle-East peace deal. [do the sod whatever you like]

I can't seem to enlarge the bottom of the eye chart. Any help?