JJB gets the boot. 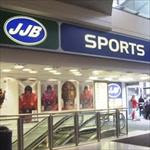 JJB the sports retailer said it will appoint administrators to its unprofitable Qube and Original Shoe Co. chains, two months after plans to sell the units collapsed. Original Shoe Co. is a retailer of branded clothing and footwear operating out of 64 stores, while Qube sells fashion footwear from 13 outlets. Together, the chains employ about 270 full-time workers and 540 part-time staff.


JJB acquired Original Shoe from larger rival Sports Direct International Plc in December 2007 for 5 million pounds. Mike Ashley must be wishing he hadn't spent so much on Newcastle United and had more spare cash to buy them back. He will need 30 - 50 million pounds. He still may well make a bid. David Whelan, the founder of the Wigan, England-based company is interested in buying the chain’s 50 health clubs too.

Back in April 2008 JB closed 72 stores and axed 800 staff after adjusted profit before tax fell to £33.8m from £47.2m. In January JJB said it would make a loss this year.
Net debt forcasts of £60 million by the end of the fiscal year is almost double its market value of £33 million and that just doesn't look good.

Completely unfairly to JJB, as this could apply to many companies, but there was a cartoon doing the rounds a while back of an MD asking his execs
"Can anyone think of a reason why we are down trading?"
An exec replied...
"I think the current situation was possibly caused by either, bad locations, lack of sales, poor product purchasing practice, poor positioning of the Brand, lack of targeted marketing, management taking their eyes off the ball, insufficient training of staff and middle management, poor retail management systems,rising interest rates or lack of availability of capital from financiers?
Or maybe all of the above?"

Ashley's making a bid for Barrett and Priceless.

JJB should have not brought OSC and Qube when they were making a loss in first place. Think Chris Ronnie mate of Ashley brought them to help Ashley out, this should have not happened. Look what else has happened since Ronnie was in charge, company gone down hill. Bring back Dave Wheelan. Its not the staff' fault, customer service was good, mystery shoppers proved this, staff were trained weekly, managers sent on a three day intensive course on manangement. It was just the rubbish stock that Ronnie went out and brought, some of which were from Ashley or old stock from America (Old Navy). Thank god for Sir David in charge now fingers crossed the company can go forward it cant get any worse or can it.

Many sporting fashion stores tried to diversify the range from the millennium. Clothing retail {mens sector} was on the wane, while ladies was expanding massively.

Sports Direct went down the "Branded" merchandise, such as Ben Sherman, Yves Saint Lauren, Pierre Cardin etc and cheapened the brands, through volume selling. Fantastic short term strategy, and if you are clever enough to keep bringing and picking fashion brands, it keeps working.

Intersport went down the "Boardwear" fad, that amazingly lasted up to 2007, but is now well and truly over. All those Quicksilver type chains are in trouble. Look at Black's!

JJB went down the active footwear and fashion route with OSC+Cube.

JD are doing unbelievably well, considering the operating climate. So JJB must be doing something wrong.
Its the huge debt that would worry me. The coffers suddenly filled with the sale of Cube/OSC may be the trigger for the lenders to pull the funding plug. All depends on the terms...

If so, god help Newcastle!

Newcastle are still one of the 20 most wealthy clubs in the world. Plus with 50,000 people gagging to get into St James' every week, surely any downturn (financial) would be shortlived.

They just need to get rid of the massively overpayed losers they employ (compared to the norm!) and get in some people who care about the club.

16 feb 11-38 anonymous im guessing yov are an employee for jjb an you dont know much about retail.The junior branded market is where the money is at the moment an JD have proven this,OSC maybe not qube were an extremely successful and profit making business that was family ran till 2006 and at the time were an upcoming fashion store ahead of bank an republic,if they were loss making why would mike ashley have bought them in the first place,it was qube that was loss making!you have to invest money to make money like jd do an osc an qube would never have failed and im sure people know this otherwise they wouldnt keep getting bought,lavish nvp training can be done at store level,hence the reason theres no money left!All i can say is thank god for sir david