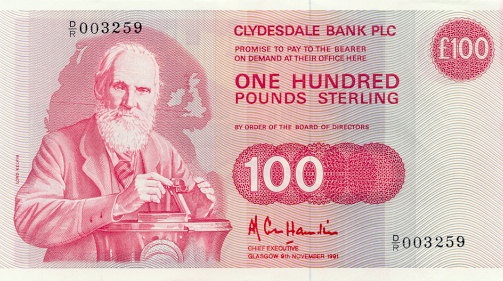 Here we go then. I postulated some time ago, before all the talk started I may add, that there was a window for printing money in a real deflationary trap. The basic idea being, that with money being destroyed by the collapse in asset values so quickly, then the replacement of it into the system will not cause immediate hyperinflation.

However, the markets are not going to take this lightly and the Pound will sink further. This is now being actively encouraged by the Government. I cannot remember when Government last public wanted a lower currency ( I don't think the 1992 ERM crisis can be referred to here, as it finished the Tories for a generation, I am sure they did not want that). It is perhaps a sign of the times that we are to be congratulated for being amongst the first to join the race to the bottom.

However, the window the Bank of England have is actually very small. Despite all the assurances, CPI inflation is not negative and may only be so for a quarter or so this year. The UK is not Japan and the weakened Pound will ignite inflation.

The key here is that hyperinflation does not happen over many months, it happens very, very quickly. The Government and Bank of England are courageous try the 'Quantitative Easing' experiment for now, but I would suggest one very small burst at best is enough to see if it works or not. Further efforts will kill the patient due to political interference.
Posted by CityUnslicker

"... with money being destroyed by the collapse in asset values so quickly"

Methinks thou dost confuse 'money' with 'credit'. Money is but a small subset of 'credit' and a measure thereof. Credit (as in trust, faith, confidence) has all but dissipated, the credit bubble/asset price bubble deflateth merrily, and all the printing* in the world won't change that.

* Damn that William Caxton, for he hath brought misery to the masses!

On a slightly less serious note, GBP was oversold by the end of 2008, now that all governments want to devalue like mad, I see little to worry about (all my money is back in GBP - if I saw something to worry about, it wouldn't be), there is absolutely no reason to be optimistic about EUR, JPY, USD or AUD either, so it all cancels out.

In a few months that note will show ONE HUNDRED THOUSAND POUNDS.

Last person to leave Sterling please turn out the light.

Suggestions of inflation-proof investments please! No gold for me, though.

Mark - not really. Debt is real, values are a matter of opinion. Real wealth has been destroyed on a huge scale; which has resulted in the withdrawal of credit.

Money is being withdrawn from the system through valuation destruction and SELLING assets at the new lower valuations.

Re currency - I agree to some extent, I have been trying to think of the country that won't hyperinflate>>>guessing that couls make us rich capitalists indeed!

Perhaps we should say "unreal wealth" has been destroyed. We have been through a massive asset bubble, readjustment to sensible levels is surely unavoidable irrespective of what we do.

Debt and credit are two sides of the same coin. If credit is evaporating, then so, to some extent is debt (i.e. in a bankruptcy, debt evaporates). And as both are measured in money terms, you can look at 'money' as being in terms of debt or in terms of credit.

But 'money' is a residual value, it is the last thing that will be eroded, unless your money is only backed by still overinflated asset values.

Apart from that, what SW says. A bursting of the property price bubble is not the destruction of real wealth, it is merely a retrospective transfer of wealth from lenders to bankrupt borrowers.

MW/SW - in any evetn we are arguing the same point. creating more fake wealth is not the answer to an overabundance of fake wealth.

Amen to that, CU. Society's been getting royally pissed on free booze, now we have to have the hangover.

I'm in KIWI DOLLARS. But then I like Sauvignon Blanc.

Dearime. very nice cloudy bay one of my faves.

What's wealth? I'd say things which are desireable in themselves or because they can be exchanged for other desireable things.

The what's 'real wealth'? All wealth can be destroyed, even gold bars can be dissolved in acid and tipped into the sea. Some wealth is more vulnerable than others, but it all depends on the demand for it.

Debt can be considered wealth, provided the debtor can cope and provided the assets securing it can cover the debt. If it's a local problem with one or a few debtors, it doesn't really matter. The debt is illusory wealth for the debtor, unless it was to buy an appreciating asset or wealth generating asset. It's illusory wealth if you run up a debt to buy a new Ferrari using more permanent assets to secure it.

The housing bubble bursts and many people are saddled with paying for an asset which isn't worth what they thought it was, but they've got to have somewhere to live, so they keep on the treadmill as long as they can. It will shake out people who are unemployed and have to suffer repossession and the marginal buy-to-let merchants and drive prices lower. I don't see how it transfers wealth from lenders to bankrupt borrowers. What would do that is general inflation. Bankrupt people aren't allowed to hang on to mortgages much and they're not going to be granted new ones. Sure, there'll be government schemes to soften the blow, but if this really blows up, they'll be bailing out the Titanic.


The question is, if you have a pile of GBPs, what do you do with it now that interest rates are non-existent and the whole economy is looking like a Ponzi scheme?

Index-linked bonds? Some currency which won't be involved in a race to the bottom? Gold looks attractive, but I can see the problems. Shares in solid companies selling essentials?

Who's the codger on the Clydesdale note?

£100 note
Lord Kelvin the researcher and inventor. He is shown with the improved mariner's compass which he invented and a map with the route of the first commercially successful transatlantic cable. Lord Kelvin was the engineer in charge of the project. On the reverse of the note is his university lecture room.

But why are Scottish banks allowed to print own notes? they are not required to be taken in UK despite the outrage of the Scots. Is there a Bank of Wales?

Printing scottish notes is something to do with the act of union when all you evil cockney wide boys bribed your way to victory in order to steal the oil. (Ma fayther wis frae Gleska, so I can say that sort of thing, but without actually meaning it.)

Was it Kelvin or Rutherford who said "there is no more money, therefore we must think"?

An excellent motto for these difficult times, I would say.

What's brave about printing money? In an economy like Britain, which is geared for permanent inflation, hyper inflation is the only way to keep people in their homes. If nominal prices keep falling thousands would be kicked out of their homes once they lose their jobs.
Alan Greenspan said gold is the only way to protect yourself from confiscation of wealth by inflation. Discredited as he is, I can't fault him on this point.