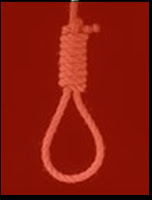 Gordon Brown is (to use William Hague’s memorable phrase) ‘on manoeuvres’ in every broadcasting studio in the land, trying to sell his mendacious official lines on recent political history, and to deflect the nation’s attention from his manifold sins and wickednesses with risible constitutional plans.

Thus is his own attention deflected from the serious stuff that is going down at the court of President Barroso. The green-eyed Euro-monster has decided to lay claim to future financial regulation, the better to strip London of its central position in world finance – an ambition long nurtured in Frankfurt and Paris alike. The lynch-mob is approaching the City.

Personally I am ambivalent on Euro-regulation: in my own sector (energy, in case you hadn’t noticed!) the Commission is squarely on the side of the angels, and has battled manfully and tenaciously against entrenched Franco-German resistance to open markets.

But on financial regulation I fear the worst. We weren't *ahem* entirely fullsome in our praise here (and here ... and here ... and here ...) for the Turner Review - but at least the FSA is dealing quickly, fairly openly, and with some degree of sophistication with the right issues. Brown – if you are not going to call your innings to an appropriately early close, at least get out there and slog for Britain against the barbarians.

Like it or not many in Europe regard The City as the Deadwood Gulch of the lawless lands of the west, our Atlantic Isles. On that account it is held to be as much, if not more, responsible for the Crash than the USA. Moreover, they have the means to get their way, and our government have given them the power to do just that. The FT claims that a Northern Rock failure was on the cards in 2004. But when you have Ministers flipping properties with NR mortgages, and others, with The City Boys telling the Cabinet what to do and how to do it with the PFI etc. money, it is no wonder that the Euro people have had enough and want control.

The game is up! The Euro-communists can't wait to get their hands on the City.

Well the brits can't do regulation and oversight

So who's your Horatius, your Lartius, your Herminius? Hardly Brown, Balls and, er, and errmmm - there only seem to be two of them.

Frankly, I prefer the Tuscans.

sadly, Demetrius & Irina, after a decade of Blair/Brown telling the FSA to lay off the banks, it is difficult to mount a defence of UK financial regulation

I know how I'd make the argument but, well, it ain't easy

HG, yes, the swarthy storm of dust rises fast along the sky !

And nearer fast and nearer
Doth the red whirlwind come ...

the Telegraph beards the high,
And the Fathers grind the low.
As we wax hot in faction,
In battle we wax cold:
Wherefore men fight not as they fought
In the brave days of old

Really good spot, I didn't see this story at all. The ramifications of this are absolutely massive.

"it is difficult to mount a defence of UK financial regulation

I know how I'd make the argument but, well, it ain't easy"

The wrong tack. How about asking for a justification of EU regulation in almost anything? Fisheries, agriculture, working hours. Factionalised, useless, expensive. How much use has EU financial regulation been?

Now The City, which has kept this country afloat for a few years, despite its problems.

We'd have to be nuts not to see the carve up coming and lie down for it.