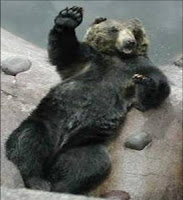 What a difference 4 months can make ...

Back in October when we started reporting on the cloak-and-dagger Gazprom contract re-negotiation saga, we had the friendly gas giant stating categorically that, notwithstanding the 're-opener' clauses in Continental European gas contracts, nothing needed to change. In November we had them denying that spot markets (with prices running at half those of the oil-indexed gas contracts) had any relevance at all. Last month we reported that Gazprom had started trading the spot markets good and proper: and now, finally, they've conceded not only price-levels, but also indexation in their re-negotiations. There will be (some) gas indexation in their big long-term contracts henceforward, as well as a downward adjustment to the absolute price level right away.

"The spot market is playing a certain role and we have taken this role into account in our contracts" the source, who asked not to be named because of the sensitivity of the issue, told Reuters.

We've been predicting (well, hoping for) this for quite a while and it has enormous significance.

1. It will open the sluices on the long-constipated German spot market - which (as well as lowering gas prices still further, and potentially by a noticeable amount) provides the missing piece in the European gas market jigsaw, needed to provide security of supply for the UK. This should have happened 5 years ago but better late than never: it is Unqualified Good News.

2. It will have a monster impact on the internal Russian energy market. Russian policy (strongly advocated by Gazprom) is for subsidised internal prices of gas to be allowed to converge, over time, with their export prices (on a netback basis, i.e. correcting for transportation costs). Firstly, this is made much easier with lower export price levels, so it will happen sooner (and will compensate Gazprom somewhat for lost export revenues). This will quickly work to reduce Russian gas demand - which has long been wildly inefficient based on ultra-low prices (and often no metering!) - freeing up more for export: another win for Europe.

Secondly, Russian industrial electricity prices are pegged to fuel prices, also on a netback basis: these will consequently fall in the short term (giving Russian industry a much needed boost) but in the long run will be more convergent with European market prices, at a discount based on the netback. The long term ramifications could be profound.

"As you can tell, I'm quietly excited, folks"

You must be in such demand at dinner parties... :o)

you've heard about my candle-lit vodka suppers then (+:

how long before this leads to lower bills in the UK?
will it lower inflation as well in the long term?

I am happy for you Nick, but my radiators is broke and I'm too useless to fix it.

roym - it has already: UK wholesale price this winter (a very cold winter by recent standards as you'll agree) has been significantly lower than any of the past 6 years, due to the surplus that's sloshing around AND the fact that Gazprom (among others) have enabled us to get the benefit of the surplus by selling at spot prices all through this winter, instead of withholding liquidity from the market to sustain prices artificially

[it's economically rational behaviour for a producer to sell spot gas like this, even when prices are disappointingly low (provided variable operating costs are covered, which they are, easily), because gas not produced & sold this year is only produced & sold at the end of the life of the field, which could be many uncertain years away]

trouble is, when producers aren't behaving rationally - or indeed the several intermediaries between producers and end-users

in previous winters, they haven't been (corporate policy) but this year they have

this is a very difficult genie to stuff back into the bottle, I'm pleased to say

that's for gas: I'm sorry to say electricity suffers from the bonkers government's bonkers schemes for subsidising ludicrous means of generating power, which is done through the prices we consumers pay

A spot price element in the long-term contracts is nothing new: major Norwegian export contracts already have had that for some years. So, what's the fuss about?