How's the economy coming along now the recession is over 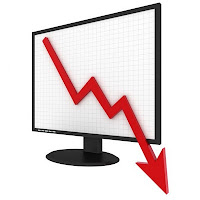 A quick look over the first few weeks of 2010 retail sector is not encouraging.

SRG, which operates retail brands such as Suits You, Young’s Hire and Racing Green is looking for a Company voluntary arrangement. they want 60% for 18 months.

Blacks are looking to raise about £20 million from the city. Readers may remember Black's did its own CVA in November closing around 90 stores.

Abercrombie & Fitch has posted a 19% decline in December sales at stores open at least a year, with sales at its Hollister division down by 25%.

Shop Direct Group to make call centre redundancies did cause concern as they were very profitable just a short while ago, but it seems its just phone sales that are down and the switch is to online. Bad news if you are in the call centre, not so bad for the business.

WH Smiths released a bubbly and opimistic statement but was still 4% down. Yet they were right to be pleased. The book sector is dire and Waterstones have a real problem. 9% down over Christmas even though rival Borders had already shut up shop for ever.

Adams childrenswear collapsed into administration again a few weeks ago. Online ethical fashion specialist Adili asked for its shares to be suspended "pending clarification of the company's financial position".

Its not all gloom of course. John Lewis had genuinely good figures as did the gardening Centre group, formerly Wyevale. TJ Hughes was considerably up again as was McDonalds.
But at the moment the start for 2010 is pretty shaky.
Posted by Bill Quango MP

Electro-Kevin said...
This comment has been removed by the author.
9:45 am

Wyevale charge a fortune for products. I suppose the trick is to sell small, quality items which give feel-good at affordable prices even though the mark-up is huge.

My friend has just opened a coffee shop selling speciality coffee in plush surroundings. At around £2 per cup (costing 17p to put on the counter) the profit margin is almost as big as the feel-good it gives the customer. Last month (seasonally low) brought £4k profit.

Even in the most dire economic climate there are winners and losers.

A&F are too overpriced anyway, and as for the amount of money spent putting out legal fires...

Saw a headline that implies that the banks are going to pull the plug on the mortgage market if the government doesn't write off some of the state loans. Second dip here we come.

In an economy with ever widening disparities in income/wealth, how much will increased unemployment at the poorer end matter?

people selling things people do not need at 'high*' prices are not doing too well right now (A&F, H Boss).

(* high and reasonable depend on your pov)

I must say I am surprised that WHS did ok, but on the high st, there are not many places you will be able to buy pens & paper etc.

Wake me up when Matalan and Poundland get into trouble as well as Harvey Nicks.

EK - A good business. The coffee shop has almost single handedly destroyed the rents market. A store that can generate 400-500-900% profit, could pay a very high rent to secure a prestigious site. That forced up rents all along the high street and in a manner similar to house prices rents became divorced form ability to pay.
Now those CVAs are redressing the balance a bit.

Roym. A&F have indeed scored plenty of own goals with staffing issues.

BE. Double dip..we haven't long to wait. Is it better to do a Labour and smash into the debt iceberg head on at full steam in the hope of breaking through it, or a Tory and try to turn aside at the last minute but possibly ending up scraping away the hull. History reminds us that there are some things that cannot be bailed out.

Anon@9.30: At the start of the CC a few people disagreed when C@W gave the advice to invest in discount brands and divest yourself of any designer / top end brands.
Its not quite as simple as cheap = profitable but its a pretty standard model for a recession.
Smiths high street sales benefited from the collapse of Woolies.
That's partly why the Waterstones figs were received so badly, expecting to pick up Borders sales.
Seems Borders sales actually went to Amazon and Tesco.

So people are wisely adjusting their standard of living. It still looks grim. Even first class passengers had a terrible time on the Titanic, but at least the majority survived.

So cut the public sector AND cut taxes for the low paid.

In cities like this, & it's something which is rarely mentioned, after the rest of the country picks up public spending cuts will leave us worst off by cutting jobs, contracts & what have you. What private sector employment base we ever had has taken another kicking, leaving only low-paid shite in warehouses & supermarkets, now it's about to get worse.

Of course no opinion formers will care a great deal as they don't live in our midst. But it will be one of the headaches of the years to come.

Bill, re your 1.08:
My favourite computer shop, very reliable for bits and repairs, used to occupy two rented adjacent shop lots owned by one landlord. Then one day some months ago he got greedy and upped the rent on both of them. The tenant told him to get lost and refused a new lease on one of the lots and moved everything into just one unit. It is a bit crowded now, but they have rearranged it very efficiently to suit their diminished circs. So now the landlord has to make do with a much reduced income from one rather than two units as he refused point blank to negotiate. The returned unit remains unlet until today. Coffee shops apart, I am sure that greedy landlords have been the cause of much of the dereliction of the high streets.

Just a thought : Landlords have been happy in the past to hold an empty unit that rises in value, rather than let it at unfavourable rents. Changes to the length of leases, terms of rents and changes to rates have reduced the likelihood of this.

Measured: As evidenced by Waitrose own version of the cheap blue stripe own brand label.

Budgie: Should have looked at that in the first place. What is the point of a socialist government that taxes the poorest?

Asquith: I see the problem but do not believe the solution is to create government employment cities. Something had to take the place of the nationalised industries, but where is the private sector?

You're quite right, BQ. I'm not advocating some kind of make-work (actually, best not to get me started on some of the schemes the government funds in this department), just saying that it'll be a fair few years before the "recession is over" in terms that will be understood in the Bull's Head.

We are always lamenting the lack of manufacturing, engineering & what have you. But as for why employers of this kind choose not to bother locating here, whereas warehouses do, I'll leave that to others to speculate on.