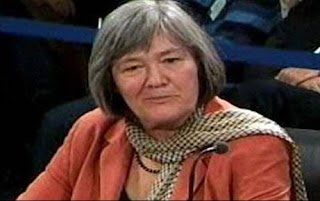 I was once involved in a commercial court case. One of the witnesses on our side was the plant manager at a major energy facility – graduate engineer, unpolished but very sharp, and the absolute expert on the matters he was questioned about.

He spoke in much the same way as Clare Short before Chilcot yesterday: bluntly, informally, sometimes with passion, and with much colloquial turn of phrase. Every factual statement he made was true – and plainly-spoken, too.

He made a dreadful impression on the Court, the judge describing him (to his utter and unconsolable dismay) as an ‘unreliable and unconvincing witness’. The smooth liars we faced on the other side received no such censure. The case went against us in the High Court, but was overturned by the Court of Appeal, I am pleased to say. The Appeal judges, of course, were ruling on the basis of written material and never met our engineer, which perhaps helped.

Smooth lying is the order of the day. Will Clare Short’s performance yesterday be equally off-putting to Chilcot and his colleagues? Whilst every word of her account rang true (IMHO) the delivery was not of the polished Civil Service variety. I fear it is discounted accordingly: but we should suspend our own judgment until Chilcot delivers his.

Let’s see if they can skewer Straw on his second time around. No applause from the gallery for him.

In the now-infamous "court of public opinion", Short came across very well much as Estelle Morris did when she admitted that she was not up to the job of being Education Secretary.

She told the enquiry what nearly everyone already knew. No wonder the audience cheered. I did too.

I particularly liked the bit where she said that she felt as if she should be loyal to her Prime Minister and should be able to trust him.

This is such a perceptive post. Could I add that Clare Short knows her style is poorly received in 'Chilot' circles (although she lightly reminded Sir John of when they had been working together last, and he acknowledged her reminder that competence doesn't always come glossily packaged).

But she was not speaking just to the Inquiry. Anyone who knows the Midlands, and specifically the West Midlands, will recognise to whom she spoke: she spoke (quite literally) to middle England.

The Midlands belongs to highly- and semi-skilled working people, and the entrepreneurial organisers who have been destroyed under Labour. They are not the ultimately subservient benefit seekers of the North East. Much of the raison d'etre of the Midlands is the independent, entrepreneurial, manufacturing base founded outside of the land-owning, natural resources-exploiting elites that imported so much labour, as if they were 'souls', into the north.

Brummies don't like the dole. They like lots of work, high wages, room to set up on their own without interference and - if their must be social provision - of the municipal variety. Capitalist to the core.

And hard times' payouts are earned by good times' contributions in their view.

Clare Short, Independent MP for Birmingham Ladywood, stood up and spoke for us all from the Midlands, native sons and adopted daughters, in that memorable act of witness, even unto the use of the final 'k' rather than 'g' in 'ing'; a stamp of authenticity many from other regions may have missed or misinterpreted.

New Labour should have heard the Midlands turning round against everything they stand for yesterday.

The right voice (and the right manner) is extremely important.

Here's Scott Adams on the subject

Well said. I thought she did very well.
Claire Short was along way down the news agenda yesterday. After climate change emails even. This may reflect the view that all this has been heard before. Short has been very badly smeared by the Labour Mafia into appearing as a disgruntled failed cabinet minister, not up to the job and with a personal agenda.
Will count against her I fear. {She should have resigned immediately, not hung on for some favour. Would have enhanced her reputation immeasurably.

thanks HG and y'all

yes the Midlands is a fascinating culture & I have lots of family there (pity about Stan Yapp, & I just wish the accent didn't grate so)

a good patrician air is worth millions

I have long thought that a great deal of the skill required to be a management consultant in the large corporate world is simply to be able to deliver opinions in the right voice, leveraging the status that being management consultant gives you.
Many times I have witnessed a consultant deliver everyday opinions, treated as pearls of wisdom.
Perhaps being a cabinet minister is similar.

another pre-requisite is brazen shamelessness

(for consultants and cabinet ministers alike)

I am sure we could all offer examples galore ...

By golly Short spoke to the people though.