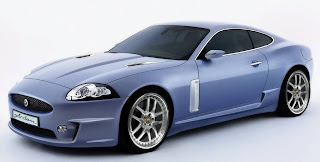 . . . and an excellent lesson for subsidy-wallahs everywhere.


Jaguar Land Rover is owned by Tata of India - which, incidentally, doesn't bother us at C@W, despite the steam we see coming out of some people's ears.

Tata is apparently re-thinking its plans to shut one of the UK plants. Lo and behold, Jaguars and Land Rovers are selling well - it can be done ! - in those parts of the world that are coming out of recession the most strongly, or indeed were never in recession in the first place. Yes, it can be done - with the right products, management and sales-force.

And indeed the right attitude, for get this:

"It had been thought that any reprieve would be dependent on what government assistance could be secured. But Jaguar Land Rover has no plans to approach the new government knowing that in the current climate financial support is extremely unlikely"

It is earnestly to be hoped that this message sweeps the boardrooms of Britain like wildfire. Mandy and his wretched, atavistic pick-the-winners government are gone. So get stuck in.

For far too long, far too many players in British 'industry' have operated under the slogan: why do a hard day's work when you can lobby for a hand-out instead ? Nowhere is this more pronounced than in the 'green energy' sector: don't invest now, there will be an even bigger subsidy coming along soon ! (And, I am sorry to say, if you read the bad bits in that lengthy Energy section of the Coalition Programme, you can see why they will be taking this view for a while to come.)


Update: may have spoken too soon ...

ND said: "Jaguar Land Rover is owned by Tata of India - which, incidentally, doesn't bother us at C@W, despite the steam we see coming out of some people's ears."

That's a silly sentiment, ND. Does it matter that we are governed politically by the EU instead of our own Parliament? Of course it does.

Does it matter that we are governed industrially by foreigners? Of course it does.

It is a peculiarly British disease to think that foreigners owe us good governance. That somehow we need not look after ourselves because those jolly nice foreign johnnies will do it for us - and so much better too.

water off a duck's back, Budgie !

why do a hard day's work when you can lobby for a hand-out instead ?

I think that until now, buy to let landlords up and down the country have been asking themselves the same thing.

Looks like with CGT going back up to pre-2008 levels, that's all going to change soon too.