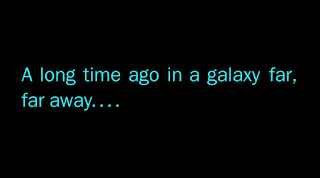 The past seems to be getting further away.

and Concorde even older

Chrysler have just reintroduced the Lancia name - an odd looking car to boot (according to Clarkson's not-very-favourable review of it)..

We're all getting old.

The first motorbike I ever owned is now so old and non compliant with modern computer/co2 testing that it no longer even needs an MOT.

I watched a 1997 film on the tellybox the other evening. The cars and clothing styles looked so *old*.

Welcome to the club!

Retailers need to increase the print size on their price tags for us "oldies" who have forgotten their reading glasses. (Or they won't get the sale!)

Just a hint to all you retailers out there.....

Do you think I should give these new fangled ball point pens a try? Will this running hot water really work in ordinary homes? Rationing is here to stay.

"combat veterans": and it is now compulsory to write in American.

Ha! I noticed I needed reading glasses ten years ago. Probably due to an old design too.

There is no longer any ceefax, or "normal telly"...

But hey it's not all bad, shop dummies have eyes to track you. Your phone tracks you, street cameras track you,
Google tracks you. You can't send the gummint a cheque, you have to go on-line ( and be tracked). Nah todays techno-life is great.

Sometimes I feel guilty I helped create some of this shit :(

I could loose 40 years easily - the feeling of actual freedom (No tracking, no mobile phone, no google, would be unimaginable :( and a little slower sometimes would suit me fine.

And 36 years since Pan's People's final appearance on TOTP

The hair started going a long while ago.
But the eyesight has always been 20/20.
A jeweler friend said for me try 1.50+ reading glasses when I said I couldn't paint fine detail anymore as I got a headache, even with the magnifiers.
Blow me, I could see straight away and no headache.
I'm off too Vision express on Saturday for the first eye test in 30 years.
And I'm going to buy Far Cry 3 as commiseration/reward present either way.Even though the 42" telly looks fuzzy to me from certain distances..!

ND - On BBC webpage Andrew Marr talks about : Can good design save the economy? Uses a concorde image. Not the best advert.

Petrol Head; Good name, lousy cars. Mine rusted away and was sold for £0 was an early lesson in depreciation.

dearieme: Since 1776 I stopped caring if its their spelling or ours. I even use Xing and sidewalk. And sometimes even "There spelling" instead of "Their Spelling" because the spellchecker {which is American anyway, as they own the earth} doesn't notice
.
Bernard; pre-1960 I suppose.

Jan: I've been thinking the same.
Its the supermarkets who seem to print a tiny price under 60 lines of regulations and advertising.

Demetrius - defo. Those new fangled gel pilot pens are even better. they really do write upside down, not just for 30 seconds but all the time.

Anon - There's a fair bit of grey in my design too. I never asked for that.

Timbo614. It took me a few reads to see what you were writing about the 'new' extension being 30 years old.
Not being as quick on the uptake is a problem too.

My memory is the biggest failure. I can't remember names and haven't done for many years. Even people I know well, I can't remember if I don't see them often.
One acquaintance went off to Afghanistan and when he came back after 4 months, I blanked him. He thought I'd turned into some anti-war, CND flower power protester.
I just didn't recognise someone I know quite well because he had a haircut!
Bollocks to this aging! I've no memory at all..How will I ever find my glasses?

Anon - Pans People. I think Hot Gossip were better. And on the box today "the sexualisation of our children".
Its been going on for decades, I wouldn't worry about it. Anyone who sees a 5 year old in a 'I'm too sexy for my nursery' top and fancies is them a paedo and always was. Everyone will understand its a joke, even if not a very funny one.

And now I'm rambling..that's another problem with aging..

Bollocks to this aging!

glad to see the fight is still in you Mr Q

(though the bollocks might get to be a problem too, in the longer run ...)

@BQ it's not one of my best thought out and coherent comments I admit. Not sure myself now what I was trying to get at :( Wonder what's causing that?

wow really this is very interesting ... in the first time when i open this blog i don"t thing that it is like that "" really is so great and wonderful one ..... more than that i enjoy reading it because is a great one with no exception ....... i like it so much as much more than that ... i would like to say to that this topic is taking my attention from that first time ""

It has been mainstream to all that whatever it is that makes the situation solved they faced it.
www.autotronicseldh.com |

I've just decided to create a blog, which I have been wanting to do for a while. Thanks for this post, it's really useful!
http://www.healthseum.com |

Hello,I love reading through your blog, I wanted to leave a little comment to support you and wish you a good continuation. Wishing you the best of luck for all your blogging efforts.
http://www.pixeldreamer.org |