Geo-Engineering: the Cat Shortly Among the Pigeons 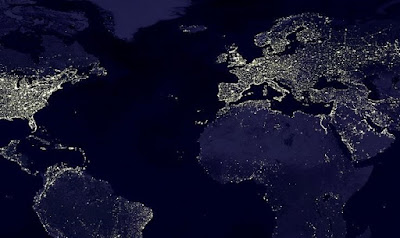 Here's an entertaining prospect.  Geo-engineering, a topic that surfaces from time to time - and unfailingly causes apoplexy - may be coming to a Trump administration near you.  So: soon it may be getting mainstream airtime.  Let the outrage commence!  And the sulphates, and the algae, the CO2 pumps, the cloud-seeding, marine-cloud brightening, solar sunshades etc etc.

At the best of times, Greenies are prone to (a) crazy & illogical argumentation;  (b) hyperventilation & tears.  But in my experience geo-engineering seems to bring out the worst in them, they spontaneously detonate.  Advocates of this baleful practice are evidently several degrees worse than mere CAGW-deniers.

To the extent Greenies muster arguments at all on the subject, these fall into four categories (I confess I haven't yet trawled the latest CiF tsunami for any new ones):
If reasoning had anything to do with it - and of course it doesn't - these arguments can be countered with ease, mostly one must stop laughing for just a minute and point out the exact same arguments apply equally to their own favoured "solutions".  Examples from the real world can be given aplenty.

The fourth 'argument' always amuses me.  Woe upon us, what would happen if we relied on (e.g.) pumping reflective particles into the sky to keep the world from warming up - And Then There Was A War?!   And no-one would be maintaining the particles!

Well.  In a world where everyone also relies on, oh, what shall we mention?  - electricity grids / the internet / health services / clean water systems / complex food supply chains / telephone networks / satellite communications & GPS / credit cards - what's one new techno-dependency between friends?  A new one comes along every generation.  FFS.

Anyhow I am looking forward to the show.  Better they are wetting themselves over this than several other more proximate causes that might bring them out onto the streets.

Yet the one thing Greenies will never advocate is a sustainable population.

gmorris82 - I guess that makes me guilty.

Kev - yes: in principle, it should be "CA-Everything"


The reason I tend to agree with the greenies on this is the same reason that I think Nukes are a bad idea for the UK:-

THe UK is a small island.
If it goes badly wrong (terrorism / act of god / war / (most likely) cock-up),
we do not have a spare UK to go to.
There are other sources of power what will not render a good % of the UK uninhabitable if they go v. wrong - so use them.

Of course it Depends on the engineering you are thinking of.

... and all the side effects that land on other countries.
I can see Kensington engineering itself a warmer sunnier climate and as a by-product all the rain falls on balham.

The UK is not an island, but Great Britain is a very big island.

If France screws up, they don't have a spare France to go to either. The same is true for every country except perhaps Russia, China, Kazakhstan and Mongolia. Possibly Canada, but the Americans will get involved.

I see the last time we discussed similar I said "The Left even want to control the global thermostat."

Ooo-err. Not only the Left it seems.

Controlling climate - even for the better - kind of defeats any 'denier's' arguments that AGW is fiction.

FWIW - We're fucked. We may as well have a go at stabilising things. The newly emerging economies are no respecters of the environment and we are powerless to rein them in - in fact we abet their dirty deeds by outsourcing our own emissions to their factories and by pretending that we're clean.

It's very likely that there would be unintended consequences from geo-engineering because we don't understand all the complexities of the climate well enough to predict exactly what would happen. Of course, that's not an argument that greens can use honestly when they also insist that we should restructure our whole economy on the basis of the effects of man-made CO2 predicted by computer models. If we understand climate well enough to do the second thing, then we understand it well enough to do the first thing. Indeed, if they really believe that we are facing a planetary emergency and that we can control the climate then they should be looking for planet-scale solutions.

But perhaps the real risk of geo-engineering is that it would just be a huge pork barrel, with trillions of dollars/pounds/euros being squandered on speculative projects that don't actually do anything useful at all.

AZ - can't agree with you all the way, there

- unintended consequences, well, yes if we're being realistic, history tells us so. But (a) many of the measures under this heading are easily carried out by small degrees, & reversible (or at least, easily ceased, after which they will cease to have effect)

(b) consider the much less easily-reverse UC's of many 'green' measures, e.g. export of western CO2 to the much-dirtier China + India; destruction of forests etc for biomass / biofuels etc etc. The list of green UCs is endless

- pork-barrel? no, most of the measures being discussed are relatively cheap. It's the Green Pig that is fat, very fat indeed

I feel like a bit of a Luddite on climate engineering.

1. Uhm, what if the trend is actually towards a new cold period and this temporary warming is actually helping us get through it?
2. What is climate change works beneficially but in horrid ways - like killing billions from the tropical / subtropical zones but leaving the earth healthier and more sustainable?
3. What if the earth actually needs all the extra CO2 to regulate itself / increase biomass generation and we start capturing the bloody stuff?

I don't like GM foods either. And I never really undestood the new Agile office layout they brought in before I retired - break-up areas, touch-down zones, no-food zones, hot dock swapping - I just pretended to. I spent the last year eating my lunch on the street in case I broke the rules.

Electro-Kevin said...
This comment has been removed by the author.
5:17 pm

Geo-engineering is the only thing about the CAGW scam that actually worries me.

I am afraid that these clowns will start something that might have a real effect, and then find out too late.

Amongst the many weird things one notes about the Greens (not least, their rank hypocrisiy and sanctimony) is that, in this age of the Worship of Diversity, they are the least diverse party by a long streak, being composed almost entirely of the white middle classes.

WY - but we're already meddling with the atmosphere, chucking a lot of CO2 into it - not to mention paving over green fields for housing and turning the North Sea into a rubbish-strewn desert*.

I appreciate your concern, and there's no doubt that the most sustainable thing we could do is to stabilise, if not reduce, global population.

Alas while the developed world (I include China) is doing that, the Indian subcontinent is estimated at 50% increase by 2050, and African population will have doubled by then, having already doubled in the last 50 years (while European population absent immigration has been essentially static since the 1960s).

So the global outlook is bleak, and the UK outlook's not helped by the Green Party, who campaign on a program of sustainability coupled with open borders. Does not compute.

* I exaggerate, but only slightly.