Remind me how we got into this mess ? 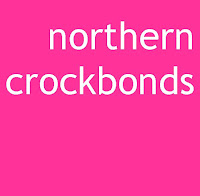 At the start of what promises to be an interesting week on the Northern Crock front, here's a little reminder of how it all kicks off, from the Money section in this weekend's Grauniad: a lengthy article extolling the virtues of high loan-to-value mortgages.

Oh yes, you can still get 125% mortgages, it seems, and the Grauniad is there to help you, because as they say in the intro, it's not much fun having to find a deposit, is it? In an 815-word puff-piece, there is just this tiny caveat - and from an interviewee, not the writer of the article:

Yes indeedy - but back to business ! "Guardian Money has been looking at the best mortgage deals still available for those looking to borrow 100%".

And good luck to all who sail in her.

going down ... and in light of the above, are we surprised ?

I just cannot believe some people are still doing this in a falling market!

Some papers over the weekend were more realistic and are teaching people to " make do and mend".A life time policy for me.

Buy when you have to and have the money ready>

Unbelievable! Start your home-owning career in negative equity! Those over 100% deals only made sense when price increases were a certainty and even then they were pretty dense.

It's the point in the cycle where people need to be under-stretching not over!

The Guardian is supposed to be the newspaper of the "left-wing intelligensia".

I was going to ask you ND or CU if the advent of computerised trading may have reduced the likelihood of a one-day share crash due to automatic "buy" signals putting in floors in share prices. But with the stock market dropping like a stone at the moment I think the answer is "No"!

I just have to ride out the negative equity trap for five years :-(

Ken - yes there's been a rash of WW2-style articles recently

conscription and allotments next !

Sub-Prime Ed - LOL (sorry, can't help it), you are moving into EK territory there, we shall create a prize for the most self-deprecating remark

(2) - I believe most of the really dumb programming has been eliminated (by choosing non-round numbers). But, as you say, how many punters have auto-buy orders on at these prices anyway ?

Enter the Bear, no bulls in sight anymore.

I wonder what Gordon will be asked about when he lands back in the UK after his ego boosting trip.

Foreign policy is just so much more exciting than the nitty gritty of actually running the country...

As for one day falls, well they are limited by percentages - with shares quite over-valued the real fall can be quite alot before any action is taken.

Shame really, my portfolio is a terrible mess apart from gold.

It wasn't all that long ago that the Guardian recommended an investment in Equitable Life, not least for the thousands one would make when it demutualised.

CU, After today's news I'm glad I listened to you, and kept my cash under the proverbial mattress earning a paltry five and a half per cent.

I saw Blinky Balls on Breakfast TV this morning. He was telling us about the mysterious "business cycle". He presented it as if it was some sort of mythical beast like a minotaur, created by mankind but somehow totally unable to be controlled by any human. Back in the 70s Labour used to say the same thing about inflation, presenting it as some kind of strange malevolent entity that could not be understood by humans let alone controlled by them. "Here we go again" I thought "same old bullshit" - I just wanted to reach through the TV screen and strangle the bugger until his bulgy eyes popped completely out of his head.

Back in the 70s Maggie Thatcher came along and explained how the economy really worked in terms of the housewife's purse and that was somehow considerably more reassuring than being told by Dennis Healey that no-one understood how it worked. It was even strangely reassuring when she told us that things were going to get a hell of a lot worse before they got better. We just hoped they would get worse for other people and not us.

Look at that market plummet...wow.

Now boys, tell the poor punters about funds and privates taking their profits in the next few weeks and how the market should drop again...

Re what RSF says, I saw that as well, I hadn't realised quite how physically replusive Ed Balls is, Christ, he's UGLY.

Took a look at the BoE M4 money supply figures for December this morning. Was quite shocked by what I saw. Had expected M4 to be in decline this December as people decline new mortgages and turn away from credit card binges whilst focussing on paying down their existing debt, but to my amazement M4 actually rose by 1.5% last month. That is actually the highest rate of increase for a December since yr 2000. So much for the credit crunch? Somebody somewhere is lending money - but who is lending, why and to whom?

Of course the BoE could simply be cooking the books!

M4 - well book-cooking has to be a candidate: I suppose the other observation would be that this may be a pointer towards inflation rather than deflation

I have tended to assume it will be inflation, which is so much the easier choice for politicians and businessmen alike