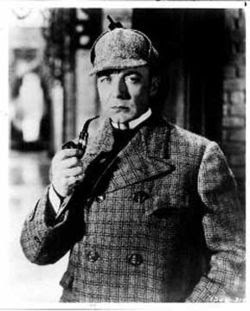 The media reporting a big "Retail Shock" as sales rose 3.5% for May.
Food sales rose 3.3% as people bought salads and stocked up for barbecues, while clothing sales jumped 9.2% as shoppers sought out new summer outfits. Household goods put in a 2.6% increase. All categories showed growth in May. Overall sales at non-food stores climbed 3.9%, the largest rise since March 1991.

But there is a recession, how can this be they mused.

We reported back at the start of May 2008 that summer 2007 was severely affected by widespread flooding, rain and strong winds almost every day. May/June 2007 was a disaster for the sale of summer goods and foods. We confidently predicted a far better set of figures for 2008 that would have very little to do with the economic climate.
The weather up to around the 12th of this month was glorious sunshine and if you can cast your mind back just 4 weeks Mr Shaw the Ice-cream cabinets were empty, the steaks and burgers were missing from the supermarket freezers and everyone was sporting their newly purchased shorts and T/shirts.
Plus shops anxious to clear last years poor selling summer lines had kept stable or reduced the prices. Plenty of bargains were around to be had.

Expect the experts to be as baffled next month when the retail figures show a very modest rise or a small fall too.

From my own retail sources June is already looking like tough trading. Mr King can safely ignore these particular inflationary retail figures.

Bad weather during May was partly responsible for the poor retail sales figures which small and medium-sized enterprises (SMEs) in the UK recorded in the month, a new report argues.
Posted by Bill Quango MP

I had an expensive May and a tight June, let's see how everyone else did...

May wasn't tight but June certainly is.

BE: Mr Brown will be very concerned about your Visa bill..And that you spent the money in the USA!

JJ: Looking very tough for June. Suppliers reporting a poor set of orders as the sun disappeared.
relatively poor clothing reports and no Grand theft Auto IV this month either. Still the like for like figures are against a very soft June/July so expect a modest growth or level figures for next month hiding what is in effect a 3-5% fall.

Or that May had 5 Saturdays - the big clothes shopping day - against 4 in April?

Or am I dumb and the stats are normalised for this.

June has 30 days and 4 Saturdays, so will make a good compare with April.