Farewell Then, Vauxhall ? Bring on The Russians.

Never mind the demise of assorted clapped-out old bangers of Labour ministers: are we to lose Vauxhall - producer of the rust-buckets of my boyhood ? 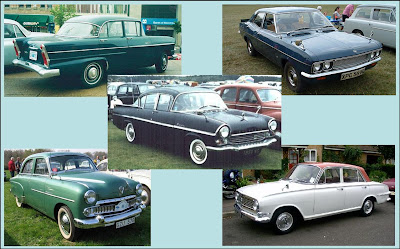 Perhaps Mandelson can have a word with some of his Russian chums ... Interesting factoid: the Russian word for a main railway station - Вокзал - is a transliteration of Vauxhall. (I used to have an office beside the one below, in Moscow.) The noun derives from our own Thames-side locale all right: but opinion is divided as to whether it was the station there, or the pleasure-gardens of yore, that inspired the Russians thus. 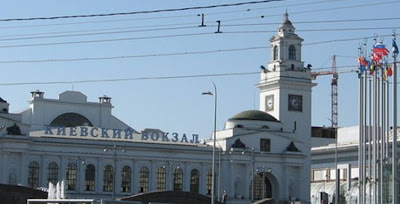 So Deripaska should be in like a ferret up a trouser-leg ! At least I think that's what Mandelson meant.

We once had a very rusty Vauxhall. I think it was the model that Jasper Carrot called the Vauxhall Insipid.

I had a Vauxhall Victor.
A bit like driving a ferry.
Britain at its ?

Had a Cresta...gear shift on the steering column, bench front seat. White wall tyres. Magic. Nearest I could get to an American car. Heater never worked tho.....and it didnt impress the girls too much either. My mate and his TR3 always beat me hands down in that contest.

I knew about the train station/Vauxhall thing but I can't think why...

Never had a Vauxhall, but a mate hired one recently and said it was rubbish. My parents had a good ol' Leyland when I were a lad. When did we stop being able to produce profitable mass-produced cars?

My Dad bought his first new car in 1967 and it was a Vauxhall Viva Estate for 795 pounds.

It were crap, my parents spent many's the night broken down by the side of the road.

I was thinking of Kate Hoey ... is that odd?

Irina,
My first brand new car was a LHD bright green Viva bought in 1965 for £482. I lived in Europe at the time and it took me all over the continent including up and down the Swiss and Italian alpine roads completely trouble free and in reasonable comfort for the four years I had it, before moving on to something with a little more fizz. One of my mates had a pink Cresta which he drove like a maniac; all the littl'uns on the road got out of his way in a hurry!