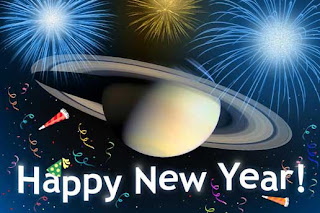 Retailers have lambasted Government plans to bring the rate of VAT back up to 17.5% on New Years’ Eve as “insane”. Retailers are angry that the government is planning to increase the tax from its temporary rate of 15% at a key sales period, a move which, they say, will put further strain on the struggling industry.

A spokesman for the Treasury said there were no plans to alter the 13-month scheme.

Well they had better think again. Its the hardest day of the year to get people to work. Its even harder to get sober ones to work. Its also a day when the Head office and administration and IT departments are not usually working. Its a ghost day. Very little happens in the morning but there is a steady flow of the public from around 12pm when they crawl out of bed and bumble around looking for bargains. So quite uniquely the shops get busier as the day goes on, getting to the busiest point at about 5pm when most stores close up. It is a very, very bad day to try and implement a major change like a VAT increase.

Sir Stuart Rose, executive chairman at M&S, said the timing of a return to the 17.5% rate should be discussed with retailers. "Increasing VAT on New Year's Eve is an insane time," he told The Times. "If the Government had any sense, they would delay it for a month. The tax rise is at the worst possible time - right in the middle of the sales period”. The VAT cut was generally seen as pointless, despite positive words from some retailers. The VAT cut wasn't deep enough to 'kick-start' spending and the government claims of family savings of £200 month were quickly downsized to £10 week. It was estimated to cost £90million to implement and it was largely unwelcome. Treasury mandarins seemed to believe that marketing and display departments would love a £21.83 price point, as if they had thousand of unused merchandising cards for oddball prices just sitting in storage.

Sir Stuart is half right.The VAT cut cost £12.5 billion.The Treasury cannot add another billion pounds to its debts. By the 5th January the "sales" are running, but the queues are over. The quietest trading time of the year begins. That is the time to change over. However I fear Mr Rose and the BRC are overlooking something that was very big news when the VAT cut was announced. Something that might make the New Year less jolly..

Government plans to increase Vat to 18.5%

Blogger Mark Wadsworth said...
Comments seem to be disabled on the VAT post, so let me point out a few misconceptions:

The VAT cut cost nowhere near £12.5 billion - a third of that comes back in higher corporation tax receipts, and at the margin, where a business would otherwise have gone under (and not paid any corp tax, VAT or PAYE at all), the cut might have led to a modest increase in tax revenues.

VAT is The Worst Tax Of All, any cut is to be welcomed - but they can't reduce it to less than 15% because the EU say so.

VAT is indeed a rubbish tax, but in the absence of full-scale tax reform the government should bite the bullet and whack it straight up to 20%. Why pussy-foot around when you know it is going to get there eventually whatever happens?

What's happened to the comment facility on the Retailers/VAT thread or is it just me? I was going to say that, from what I read at the time, they're lucky it isn't going up 2.5% to compensate - ie to 20%.

that really is a bad idea!!!

If we change the vat rate in the middle of a month, loads of month-end/weekly financial reports will fail because they assume vat will be a constant throughout the period!

Poor programming indeed, but most online shops are programmed by guys who've never worked in a financial environment!

MW. Yet everyone talks of the £12.5 billion.
The Government, as it makes them look like they are giving us something, and the opposition , as the government looks wasteful.
The real problem was outside of the supermarkets many retailers kept price points and took the difference off at the till point.
What a waste! Having decided to purchase already at the marked price a consumer received a risible discount that they forgot about instantly.
But the other way, when a price is increased and the parked price is not, is a customer service nightmare.

Goodnight Vienna / Blue Eyes
It will almost certainly go to 20%.
Planned for 2011-2013.
That is the inflation genie and the economy derailment in one simple tax rise.

The ginger bearded one.
Very good point. The IT/audit deptartment over rules sound operational practice. Story of my life.
So more pressure on HMG to move it to Jan 31 {which is a Sunday..just to complicate matters even more}. {but from a retail POV shops have the years lowest stock holding figures, warehouses are empty as the Feb/Mar stock has not been booked in. Management holidays are minimal all the oddment/damaged/unsaleable crap stock is sold in the sales...5th-10th Jan is the ideal time.}

The whole vat cut was so half baked as the timing of it demonstrates.
Big ticket items, like the ubiquitous Plasma TV, will have plenty of advertising showing the 2.5/3.5% increase {Hurry! Hurry! Beat the VATman..with a cartoon Batman usually}.. at the same time as announcing 20% off for January sales.

They say there are no plans, but the rumour I heard was that the rate was to increase to 20%.

That would mean they would stick to their manifesto commitments since 1997 of no income tax increases....

I think the public have, finally after decades, realised they cannot trust Labour.

Since when have people expected sanity from this "government"?

Why not cut the scheme short and revert to 17.5% on 1 December rather than extending it beyond 31 Dec? As I understand the situation (which may be wrong) the 15% rate would be effective on Dec 31st and the 17.5% rate would begin on Jan 1st 2010. I wonder how the pubs and bars and clubs (those that are still operational) will deal with increasing their prices accordingly at midnight?