Another Round in the Subsidy-Fest 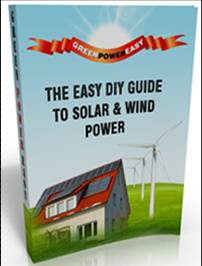 Here we go again: today the feed-in tariffs for micro-gen electricity were announced by Little Ed - and already the subsidy-wallahs are on the move.

For campaigners, read lazy businessmen. Why do a hard day's work when you can go lobbying instead ?

"Andrew Melchior ... setting up the Horizon energy co-operative in Manchester, said his business was only viable because of an EU grant. The feed-in tariff would not be enough, he warned ... 'We must provide a decent incentive so that the public begin to accept the concept of economically viable solar energy in the UK'."

Meanwhile, where the big boys play, Serious Stuff has been going down, so we may hope the Tories (who are quite keen on feed-in tariffs) have their eyes on the right energy-ball, rather than Li'l Ed's silly games. Time to update the Drew energy manifesto soon, methinks.

We could try consuming less, or is that too difficult?

As MIT’s Thomas Lee, Ben Ball, Jr., and Richard Tabors say in Energy Aftermath, :
"The experience of the 1970s and 1980s taught us that if a technology is commercially viable, then government support is not needed and if a technology is not commercially viable, no amount of government support will make it so."
Time for some realism regarding windpower perhaps.

Also the Anthropogenic Global Boring religion is falling apart in front of our eyes.

> said his business was only viable because of an EU grant

i.e. It's not a viable business.

Demetrius - yes, o sage of the comments column, I never cease to marvel at how much scope still remains for energy efficiency - which is literally a double win, given that most energy conversion is less than 50%

Fusion is viable energy, but it's not viable business. There's a hefty upfront R&D requirement to make it viable, but once it is then it's basically free, unlimited energy.

Early research on fusion was done at Harwell in the 1950s. We may have to wait a while longer until it works. Still it's a better use for the climate change fund than putting it into the pockets of tin pot dictators.

Sorry - I also meant to say that there is a difference between blue sky research and subsidising an uneconomic industry!

Another case of engaging mouse before brain.

If there was ever any case for social funding of science, fusion would be it - the field is woefully underfunded. A significant commitment to it would theoretically solve all energy issues for the human race for millennia. Free energy means we can make free (or near free) Hydrogen fuel cells.

In olden times - when I was young(er) - large industrial companies had research departments engaged in blue sky research. Sometimes it paid off, sometimes it didn't, but on average it did. That was before the accountants stuck their oar in. And now it is funded by the government but they encourage political agendas and science may become politicised. We have seen the results in East Anglia.

wickes are doing buy 1 get 2 free on loft insulation!

small biotech looks to be the way, but for those involved its a case of massive cash burn and perhaps no end product.

I hope she doesn't ruin it by advocating Wadsworth's nonsense land tax.

"if a technology is not commercially viable, no amount of government support will make it so."

1) if govt passes a law saying certain types of power stations only need to insure to £140 million for accidents, when accidents could cost many billions, that could make that technology commercially viable.

2) if regulators are setup to guarantee an economic price for power stations for their lifetime, once agreed and built, that removes competitive price risks from future technological improvements, and can make things commercially viable.

3) if a govt guarantees a fixed price to remove waste products before that technology is proven and real costs are known, that reduces risk premiums and can tip a technology beyond the commercially viable barrier.

I am of course talking about some of the govt help that nuclear has had, beyond the initial huge R&D costs.

another thought: much R&D used to originate in military programmes - not much likelihood of that in future, eh ?

or the space program

Drove past the biggest windfarm in Europe this morning.

But still costing us money of course, due to the capital wasted in building them; and they'll cost us more when the wind gets up and they start to turn, due to the huge subsidy the State puts on their puny and irregular output.