Workplace Bullying: How to handle it 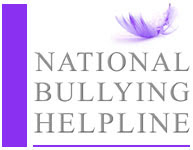 Watching the Government decide today to go for Mrs pratt, the head of an Anti-Bullying Charity is pretty gruesome. The left as ever live up to their lofty ideals only when it suits them. I can't imagine how splenetic their froth would be were a Tory team slagging off a belvoed and unarmed third sector worker.

Anyhow, time will tell if 10 downing street have pulled the pin on the greande or succeeded in distracting from Andrew Rawnsley's unchallenged allegations.

From my perspective I have personal experience of being bullied at work, working int he City for large organisations it is hardly a rarity I assume. One thing I have learned though is to stand up to it. In the past 3 years I have twice had bosses who tried to bully and lie their way to get me out. Neither was successful. With one I was forced to go to external counsel when the company took his side. That had the nice effect of making everyeone have a little re-think about te facts and in the end the whole situation was resolved most amicably. When I was younger I don't think I would have had the stamina or confidence to take such a course, but it proved the right one.

Having to stand against a huige organisation and its management make me recall just how stressful a time that was. I hope Mrs Pratt can continue to stand up for what she has said against the Government bullying, it is the only way in the end; you can't win by running away as firstly the bullies chase you down and secondly your own confidence is so knocked that it will be hard to come back phsycologically.

I do wish our Government would desist from media witch-hunting in packs, but with 24 news and social media, I don't think this is ever going to change back now.
Posted by CityUnslicker

The thing I find amazing is the comment "the civil service has procedures etc etc for dealing with bulling". The point is that the bullying is not from someone in the civil service... it is from the "demi-god" elected politician!

I have had workplace bullying before when I was 19... i remember dreading coming into work. I was young and thought it was me etc, and this is how it is with the big boys. company knew what was happening but only sprang into action once i had raised a formal complaint. Although it was a bad experience, like CU I learnt from it and has helped in my career since.

And this other anti-bullying charity ( http://www.bullying.co.uk/ ) describing how they are "horrified", and "disgusted and upset" by Christine Pratt's interview. Is that also "gruesome"?

Or maybe Pratt was just being completely unprofessional?

I didn't vote labour in the last election, and I won't in the next. I abhor bullies, but when a charity breaches confidentiality to become involved in political wrangling like this I have no pity for them.

Unless someone directly on the receiving end blows the whistle these are nothing but viscous rumours.

When I was 19 in the Army my Colonel was a real bully, I knew at the time it was insecurity on his part (he was over-promoted & everyone knew it) but it didn't make it any easier for a fresh-faced Second Lieutenant

I vowed never to take it again & in consequence have had sporadic dust-ups, probably once every 5 or so years since

it never ceases to amaze me how much mileage bullies can make in business - I don't mean bosses vs employees, but people who use bullying as a commercial technique (e.g. Maxwell)

grown men, who'd deny it in conversation, can surprisingly often be bullied into doing much worse deals than would otherwise be the case - just by brow-beating & displays of anger

i would think twice about swallowing this description.
there may be a commercial enterprise behind the facade

I wish I had your guts! I've been bullied and ferreted out of a position in my firm because someone complained about my (christian) beliefs. When I took this through the NUJ, the company put me on a lengthy disciplinary process which, when it ended, only gave me 1 day to file my grievance. I'd had so much stress I could not be bothered to fight any more so I just rolled over and took it. Now I'm resigning without another job to go to. boo!

To me the problem for Brown is not that he behaves badly. He almost has too, seeing as how he schemed and dealt and bullied his way up the political ladder.
Its that he doesn't seem to realise his power. Its a sort of petulant insecurity.

The stories of GB Nokia hurling and stomping around and towering rages have been dribbling out of the bunker since before he was PM, so its unlikely there is no truth in them.

What the problem for me is, is that its well known that Mrs T, she of a god handbagging temperament, was fastidiously polite and courteous to her Downing street staff. So too was mild mannered John Major. And so too was the more even tempered Tony Blair.

It says something about Mr Brown when he feels compelled to harangue a minion instead of the more usual response of smiling sweetly and the telling someone to get id of them at a later date.

Most odd. I can't think of any boss I know shouting at reception, even they have come to physical blows in the boardroom.

Mermaid !!
What were the details?

Mermaid... My advice would be to go somewhere like Free Representation Unit. they take on employment law cases. I have worked for a similar organisation. Generally I listen with dismay how unions aren't willing to take on cases etc! Unions don't seem to want to get involved in legal side...

if you leave because of bullying or harrasment, may be possible to make a claim. it would depend on facts of case etc etc

Am sorry but what "confidentiality" did Ms Pratt break? One only has to look at the people GB surrounds himself with to realise what a complete scumbag the guy is. I pity anyone who works for him.

Agree with Dannny - no confidence broken this is part of the Labour smearing. She got upset when she watched Mandelson lying - I do it all the time. Only Mrs Pratt had some information with which to act!

MERMAID - You seem to have a good case for constructive dismissal on the back of your story. I would not let it rest if I were you; the outlay for decent legal advice is small and you may even get a City firm to take it on pro bono.

Thanks folks. Actually the NUJ said they believed I had a case and were prepared to front up the fees if I took it further to a grievance. However after discussion with a lawyer (who turned out to be an old schoolfriend!) it seemed that all I could claim under current legislation would be £5,000 - as the complainant was not in the company, but a client of the company. Hence my firm could claim client responsibility, and all I could fight on were grounds of a failure to protect me from his discrimination. I did put in for constructive dismissal, but it was filed as a complaint and turned into an informal grievance hearing. After four months of eggshell ballet I decided I'd had enough. 'Sides if I left a little time for water to go under the bridge, I might be able to get some freelance out of them.

Quango:
Basically, it all happened cause I brought up, in an informal, off-record meeting, an article written about the morality of banks by a former IMF economist and Cambridge professor, who happened to come at it from a Christian perspective. The client complained that if these were my beliefs, I should not be editing a financial mag. So they've hired a new guy who's about as useful as a chocolate teapot and what's the latest double-page spread that I see before me for March's edition? An article about Islamic banking, called: FAITH IN FINANCE.

I almost chocked with shock.

Well as long as you are comfortable with the decision you have made Mermaid. Good luck with the job hunting!

Thanks for those details.

Religious discrimination is treated very seriously, but from the brief reply details it does sound a hard one to pursue. Burden of proof, in relation of events and actions of individuals.

Good luck with the hunting. I've read your posts elsewhere and know you are passionate about your business.

When I was 21 I replied to one of these 'work in the sun' ads and went to Tenerife to rip off tourists.

Over there, they actually hire people called 'clumpers' to bully their employees for them.

Im sorry but I just dont trust any of them. Not only should Mrs Pratt have kept her own counsel as is supposed always to be the case with such helplines, but how do we even know that the people calling her anti-bullying charity were for real and not just acolytes of some other political party...?

Perhaps Im just becoming paranoid but there seems to be so much spin and counter spin, falsehood and lies, tricks and fripperies to discredit the rest and no damn policies whatsoever.

I havent a clue who Im supposed to be voting for because they're all the same shade of grey with a vicious and self-serving underbelly and I no longer trust any of them.

However, I loved your description of the polite good manners of previous incumbents of No 10 who then had the offender removed later :)

ND: Before backing Ms Pratt too far, I suggest you have a gander at this profile, and if you have a strong stomach paragraph 10 of this.

The Daily Politics today had Mrs Pratt saying "we have had 3 or 4 complaints from both the Deputy PM and PM’s office over the last 18 months" - a bit of a problem as we haven't had a Deputy PM for over 2 years. On top of her difficulty adding up numbers of complaints on Today this morning (2 plus 2+ makes "3 or 4").

She just doesn't sound that credible to me I'm afraid.

Pratt is out of her depth in a media maelstrom. There are armies of spin doctors now; I think Joanna makes a good point about this.

The sad fact is though, no one really denies brown is like this and now the spinners have us over-analysing the story.

If things go on like this they will be doing this when the IMF man is in the Treasury.

A) What sort of adult phones a bullying hotline ?

B) I don't believe that the complainants were 'victims' in the sense that the bullying hurt them. They've felt the clunking fist alright, played a long game and set Brown up.