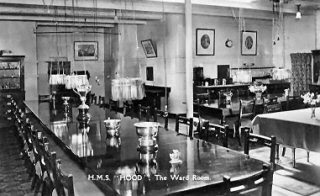 Final thoughts on the election.
The most important thing being the victory.

Some Tories are clearly angry at what seems a lost election for the blues. Lots of criticism about the big society and the leaders debates.
I'm not so sure these were avoidable though..

Cameron had pushed for the debates from the first days of the Brown government. When Gordon was still Stalin and not Mr Bean and had all the TV presence of a potato. I don't recall anyone saying back then to refuse a debate. How could Cameron, having called for them, then refuse to take part in them?
I expect Cameron never seriously expected the clunky Mr Brown to agree to them. It was only the polling collapse of Labour that did it.
In the end Clegg was the winner. Yet it netted him -5 seats. So the TV debates didn't really change anything anyway.

The 'big society' was clearly a plan 'B'. The talks of austerity and savage cuts and need for strong fiscal government is what caused the sharp drop in the polls. Check the polls directly after that conference for the slide.
Labour capitalised on its voters fears of Thatcher style cuts and bought back the wavering into the fold. Once the 'big cuts today' message, an honesty message, failed, the Tories needed another one. To me the 'big society' looks like a mid term narrative to win a second term in office after all the cuts and pain. I doubt it was supposed to be the main message.

It wasn't a good campaign, but Labour's was worse.
But where Mr Cameron let his supporters down was in not being ready enough for what was coming.

In October 2008 Mr Drew posted a strong argument for a Labour snap election and it was a real possibility. We warned at the time that the Tories needed to be aware that labour was not defeated and were regrouping after some terrible defeats. They suddenly started dumping unpopular legislation and plans. In this reference to the peacetime, between the wars, navy we warned ..

".. the Tories need to stop sitting around in the beautiful teak lawn chairs, on the aft deck sipping gin and tonics and prepare to go to action stations. Dump any clutter, dead weight, ballast, hazardous items or unnecessary policies or people over the side and get their "A" team on the bridge right now.

Because a big and bloody battle is coming, And Admiral Gordon is taking no prisoners.

Cameron did this in the end in the Liberal negotiations.He was determined to win power and so the red lines were few and the offers many. It was a success. But he might want to be better prepared next time.

Bets for next labour leader?

Darling good value to do a John Major?

Has to be Millipede, D, does it not?

"The talks of austerity and savage cuts and need for strong fiscal government is what caused the sharp drop in the polls."

I despair. WHEN will you Tories learn that you cannot tell people the conclusions (austerity) until AFTER telling them WHY.

Cameron has signally failed to tell people (indeed educate them) about the rotten economic state of the country created by Brown. You have to reduce the message to a number of simple statements repeated over and over, backed up with verifiable facts (for two years). Then, when you come to say what needs to be done, the ground is already prepared.

The same mistake was made over the Euro in the 2001 election. Just a few days before polling Hague announce that the Tories would not adopt the Euro in that parliament. There was no preparation so eurosceptics disbelieved the policy and the europhiles were put off. Double plus bad. Go to the bottom of the propaganda class.

Didn't the big drop in the poll occur (along with talk of austerity) with the reneging of the Lisbon referendum ?

Were it not for the Sun and the Daily Wail putting the fear of God into abstainers and UKIP voters during the week of the election Cameron would have lost by a wide margin.

It's not Cameron's job to please majorities (thus improving polls). It's his job to believe in something and stand up for it. If that polarises the electorate then it's a sign that a good job is being done.

This administration will fail. Labour has managed to dodge a bullet just in time. The average 100 IQ Brit will not see the connection between Labour and the coming period of austerity - they will remember the Labour Govt as a golden age "Everything were all reeet 'till dem Tories go'rrin."

After a few months of innefective Tory rule another election. At best 5 years of wishy-washy ... then a New Nu Lab govt with a thumping majority.

We have at least ten years before the govt we need is a possibility.

Cameron fucked it big time. He's brought the Tories the worst of all worlds and their careers will be left in tatters. They will cop the blame for the lot and will be able to do fuck all to put it right.

This was the election to throw. Definitely.

This was the election to throw

well you know I have no time for that thought-process, Kev, you cannot sit out the big dance, purism is for Jacobites and Bennites, permanently in opposition (and often secretly relishing it)

I am old enough to remember 1979 (indeed I wrongly thought we were in for a re-run, = Tory working majority)

when Thatch first got in, an awful lot of people said: that's it for the Tories, one term then they'll be out forever, the miners will have 'em for breakfast, should have let Callaghan stew in his own juice, let Labour take the rap

we know the rest

now you hear folk saying - ah yes, but she got lucky, what with Michael Foot and Galtieri

but actually Michael Foot (or Iain Duncan Smith) is what happens to an opposition party in denial, and there are early signs that NuLab is in denial

nothing is certain, everything is to play for; governments control the big levers, five years is a VERY long time; if you don't hold the reins you can't drive the team

if, somewhere in the new regime there is someone with half the initiative and creativity of a Mandelson (and hopefully some integrity to boot), this is opportunity all the way

ND, "this was the election to throw" - mainly because team Cameron (totally unlike team Thatcher) failed their fundamental job of opposing the government. Hence as E-K says the Tories will get the blame. Post election, it is already too late.

However, I am less sure about this government lasting only a few months. Not because it deserves to but because of the threat of fixed term parliaments. This is a sinister anti-democratic move because it prevents an opposition bringing down an unpopular administration.

Steven L. Can't see it. Its Harman that I don't believe. She must be plotting. Do Labour have second round voting? Or are they still anointing?

Budgie. True. They should have made a little more of it. but you must not forget how hard that is. If you say 'cuts' and the TV people say ..cut what? Old people's homes? Hospitals? Schools?

Then your opponent says ..there are no need for any cuts..in fact there is room to spend a bit more.

The Thatcher years have not been forgotten for deprivation in the North east/west and regions. A TV debate won't allow you to discuss militant tendency or Grunwick. Its just 'cut or no cut'
I think the mistake was to make it a dividing line. Tories will cut now! Labour won't.

Doesn't really work does it?

That is exactly the point: you positively DON'T say "cuts", you explain what the other lot has done (is doing) wrong. For some years. But you didn't.