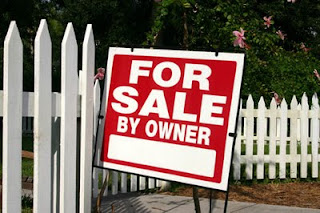 The Telegraph had a story about homeowners dropping their prices. A figure of £5,000 off the average asking price was used.

Asking prices were dropped by an average of 2.2 per cent from July to August to £222,762 – the biggest slump this year – as sellers were forced to cut their prices amid the housing slump.
The monthly Rightmove house price report blamed lenders for boosting their profits by raising their mortgage rates but said the figures also showed the housing market was experiencing its traditional summer lull.

Another estate agent representative on the radio made the ever valid point that house prices are less effected by supply as by the availability of credit.
At the moment home sales are falling to people who have sold their own home themselves, those able to borrow from relatives and those with a £20,000- £50,000 deposit in the bank. These are finite buyers. UK savers do not have those kinds of reserves.

HIPS are contributing to the problem by taking the water testers out of the market. At £500 for a basic cost to see if your house isn't worth what you thought it wasn't, only the committed to sell will market their properties.

But there continues to be a shortage of properties for sale, with 82,700 homes put on the market during the month, 23 per cent fewer than in August last year when there was already a supply shortage.
It should be noted that the forecast is for 100,000 new build homes only for the whole year.

The Telegraph at the time were much less trusting of the stats that led some people to predict house price rises by the end of this year.

It does look like the further 10% fall this year and another 10% next year may be the correct forecast after all.

Forty odd years ago, the price you asked was often not the price you got. The reason was that you began by being optimistic, or hoping you were going to get The One in a hurry and with a bit of cash in hand. Normally, if a buyer was imminent, you would settle for around what his mortgage lender would stand, and he could not shop around for either a deal, or to fall for the cleverest come-on. In those days, transactions were much more straightforward, and not loaded with huge fees etc. In recent years neither the bargaining nor the mortgage obtaining has been straight, it has became a ramp for the money men intent on driving everything ever upward. So if sellers now have to make minor adjustments down, and mortgatees buying are limited to what they have a faint chance of affording, we may be nearer to sanity.

I think HIPS were a mistake.

Whereas 2 months ago some banks (mine) were happy to give a capital payment holiday in a mortgage term (ie. interest only for a time) they are no longer. One has to default on a mortgage and show evidence of "severe financial hardship" to even discuss such thing. Not a good omen. And they are pushing endowments again.

Location location location is still the key - however much the general forecast is the comparitive rise in prices in the last 15 years between the south of England and less desireable areas will not be balanced.

Even if HIPs were scrapped householders would still have to pay for the Energy Performance Certificate, which is required by the EU.

Will house prices continue to fall when inflation starts spiking?

Electro-Kevin said...
This comment has been removed by the author.
6:22 pm

A commenter on Guido said that inflation has been the policy of successive British govts in order to improve living standards from one election to another. Govts borrow to fund services and follow this with shrinkage of the the debt through inflation.

This, in theory, has led to housing becoming the choice long-term investment within the UK and underlines why there is now a fixation with property here. It seems like a magic formula to take out a mortgage, buy a house, watch inflation eat the mortgage away or get someone else to pay it through btl.

How much more can the Govt borrow to keep our standard of living above that of Chindia ? For how much longer ?

I'd say the effects of decline are already here. In the emergence of so-called 4 bed detached houses with tiny rooms in them.

Now I can say that there is no uncertainty in house prices as the worst of this ongoing economic crisis is over and we can believe that house prices will stabilize soon.