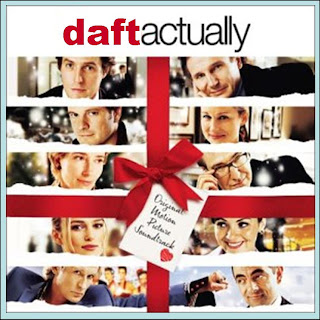 Here's an interesting one for Gordon Brown. Through the autumn he was letting it be understood he favoured the introduction of a Tobin Tax - though he has been studiously non-specific, falling back on an arm-waving conflation between this and various other (more respectable) levies on banks that have been mooted, such as bailout insurance, or contingent capital adequacy. Indeed he has been at it this very afternoon in answer to the final question of PMQs.

His reasoning on this isn't hard to fathom. All manner of misty-eyed, woolly-thinking saps reckon Tobin sounds like a great idea, and Brown would very much like their votes. On the other hand, it is opposed by, well, everyone else really. So when Brown is amongst grown-ups and this is drawn to his attention, he can sidestep by saying the exact details of a bank levy have yet to be agreed internationally.

Now the luvvies have swung into action on YouTube, led by the bard of soft-brained feel-good comedy, Richard Curtis and his main man Bill Nighy. (Cue jokes about Vicar of Drivelly, Gordon Brown - Edge of Reason, Mr Has-Bean ... fill in your own favourite Curtis scripts here.) They want a lovely fluffy Tobin Tax ! Billions and billions for all their favourite causes, painlessly prised from those nasty bankers.

Gordon, whatever are you going to say ? There will be so much disappointment when you level with the luvvies ...

And who gets to spent the billions this tax would bring in - oh yes the government.... so it's bound to be well used then!

if you can bring yourself to view the vid, it's clear they are in pure fantasy mode when it comes to spending the $$$

It's one thing to allow spineless politicians to run the country, quite another to encourage film producers to determine our fate.

Crikey, imagine if they were allowed to do town planning - every High Street would be turned into a chocolate box scene from Dickens.

Blue Eyes,
We've already got a Potemkin economy, so why not build the village too?

I just put one up about the Tobin Tax. Interesting which side of the political spectrum those who agreed and those who don't fell on.

But that's the point - he WON'T level with the luvvies because he knows that he'll never have to implement it.

As with social care, the Tobin tax and everything else that Labour are talking about right now, they know that they won't have to actually implement any of it so they can basically say what they want.

(b) lefties don't (generally) understand business at all, either intuitively or as a matter of experience

(as Tom Powdrill is constantly bemoaning)

RISK MUST BE PRICED !

James Higham : Can't find your piece. Have you had another make over? Give us a link please.

Bill - search 'Tobin' on his blog