Pay Up, Pay Up, and Pay Again ! (Vitaï Lamenta) 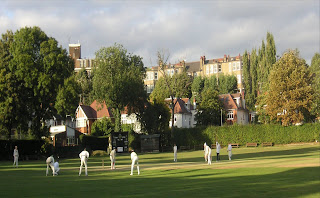 "what does the middle class feel about becoming the milch cow for a Tory government ?" (Jeremy Paxman, Newsnight 18 May)

"We feel the Hand of History on our gonads, squeezing very hard" (Tory MP)

There’s a breathless hush, twas a close-fought fight
No.10 gained in a famous win.
A bumpy economy, money tight -
Bad; but at last our man is in.
And it’s not coalition that sticks in the throat
Or the selfish hope of avoiding pain
But History’s Hand on the tax-payer’s scrote -
'Pay up! pay up! and pay again!'

The exchequer’s books are sodden red,
Red with the ink of a bank that’s broke;
And Darling's out; New Labour dead;
And Mandelson gone in a puff of smoke.
The river of debt has wrecked the banks,
As Brown skulks off with blackened name
And the tax-payer hears, as Sterling tanks-
'Pay up! pay up! and pay again!'

These are the words that year by year,
Whenever a Chancellor’s plans are set,
Everyone who pays tax must hear,
And none that hears it can forget.
This they must all – yes, each man must
Bear through life like a ball and chain,
And cursing Brown for his boom and bust
'Pay up! pay up! and pay again!'

In some ways you wish Gordon Brown was around so he could be forced to tidy up the mess he left behind. Although maybe he thinks it's all a joke, just like Liam Bryne?

I just finished paying off my student loan so it's about time the state started taking some more money away from me.

welcome Deepak: yes, around here we have suspected a Joke - or worse, scorched earth - for quite a while

Pass the Gatling, I can see the taxes coming over the hill.

The middle-classes should pay up. They're the ones who kept voting Labour all those years.

( I suppose I exaggerate a little ).

Sheer brilliance, Nick ! Over at Anna Raccoon they have a whole political poetry section which this would grace ! (Geddit ?)

thanks Alan I shall wander over

(goddit. perhaps it should be sub-titled Lara's Song ...)

you're a hard task-master, Peter