Bah Humbug. last night Slicker was in a queue 50 long to buy a Valentine's day card in a shop near Charring Cross. My devotion to corporate marketing disgusted myself and I came up with the following equation: 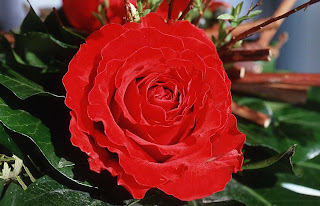 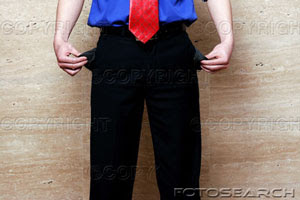 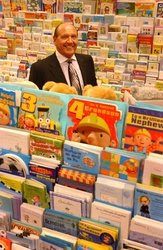 (This is Don Lewin, CEO of Clinton Cards, looking Smug)

Not very exciting, but a great testament to the power of corporate marketing. Valentines day is a UK tradition, taken to the USA and from there exported around the world. Even countries such as Japan have been infected with the need to buy cards. Although in Japan the women buy chocolates for all their male colleagues at worked. As ever they take a western idea and improve upon it.

However, in Sri Lanka the normally timid Buddhist leaders have spoken out against the 'Commercial Conspiracy' that is Valentines day. Iranian hardline leaders do not favour the day either, but as usual it is very popular in Iran.

From an economic perspective, Generally Awesome has some good tips, albeit too late. If your relationship is in trouble then a pre-Valentine's break-up is the best for financial and emotional security.

Finally, I would tip Hallmark and Clinton Cards, except that I can't and it is too late anyway. Florists have their best day of the year too, so sell shares today as they may well have peaked.

Perhaps look to buy before their next marketing scams such as Mother's Day. Hallmark's turnover is now $4.8 billion; a pretty good commercial success I would say.
Posted by CityUnslicker

In a similiar vein wedding related products are an astonishing cash cow as are black hair products . Foibles and vanity seems to be a good area in general.

well it would be

Did you buy Mrs CU the red rose too? Why wait until the last minute to buy a card, typical man.

At least we don't go overbord here about it like they do in the States where you can buy a Valentine's card for your neighbours and relatives and maybe even your pets. Cards are an exhorbitant price anyway, you can't buy anything decent for under £2 to £3, whatever the occasion.

She does thanks N - wedding products are too in this group I agree.

Mrs Slicker was pleased with her card and is so tired today that she does not want to go out for dinner for 4 (they double the prices tonight).

Yess! [this remark was response to financial considerations alone]

Ellee - Your understanding of men needs some brushing up. Last night is not last minute in male terms.

Last minute is tonight on the train home or even at the station (petrol or train) on the way home.

I was impressed at my own ability to think so far ahead....

Oh you knob!
what you should have done is knock a funny one up at work, then give it to her and say that the shop ones just weren't good enough.
Makes you look sensitive, she loves it and you save cash, everyone's a winner.
The Hitch will be giving more seduction technique advice on his blog tomorrow.
If somebody could give The Hitch tips on how to dump women without feeling guilty he would be much obliged

surely getting them to dump you works best?

Tell them you are thinking of having a sex change?

Mrs IT was the recipient of a single red rose....after several days of threats, intimidation and generalised hounding from her good self.

CU, You may be right! Hope you had a good evening.

You were mentioned on 18DoughtyStreet last night as a stout fellow.

Ellee - very nie thanks to M&S.

JJ - Good to know thanks - by who and when can you recall?

Off out now and super busy so light blogging.....

A good turnover indeed, C/u. Hope you had a good Valentine's Day anyway. Here there is not much fuss about it, though I think there will be in a few more years. Have you seen my review of your blog, btw?