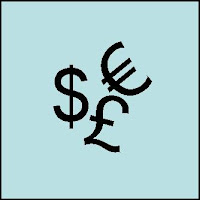 The Chinese have caused a stir by their plans to take a significant stake in Barclays – they have excellent reasons which we covered on Tuesday. Certainly, the former strategy of passive investments in US Treasuries has limited appeal, for them or anyone else. So equities it is – and not only for China the successful manufacturer, but for large numbers of less hardworking producers of natural resources, awash with petro- and other commodity dollars. These ‘sovereign funds’ are set to be even more controversial in their different way as private equity has been – and that’s saying something.

There are a couple of things to note, at the start of this new chapter.

Firstly, as ever the is more ‘relaxed’ about being bought up than anyone else. The theory is sound: we support flexibility, liquidity and consequent efficiency in capital movements. Trouble comes when it’s one-way traffic – as we’ve found with our commendably open gas and electricity markets in a Europe that doesn’t always play by the same rules, even if they are the official EU rules (and we should know: we wrote them !) Still, we’re slowly winning that battle, so perhaps we can prevail in the (rather larger) battle to open up global capital. Perhaps. If not, as Mr Slicker says, we can nationalise ‘em if all else fails. So it may be a one-way bet.

Secondly, private equity isn’t just yesterday’s news as the sovereign newcomer ambles towards centre stage. PE – being (frankly) much, much smarter, is in fact aiming to play a clever arbitrage between stockmarket valuations and the truly silly prices sovereign funds are often willing to pay. With their superior technical ability to prise companies out of public ownership, the PE funds plan to warehouse assets they will later sell on to dumb sovereign money.

What sport ! Mega-bonuses all round.

I don't see what the big deal is. HSBC took over the Bloody Midland Bank so what's so awful about the Chinese triads also taking Barclays?

Well said Mr Drew. You have it spot on, the PE houses will make a huge amount of money.

The Chinese are canny as ever though....they just bouhgt huge chunks of one of the biggest PE houses, Blackstone.

London as one giant coffee house - bring it on!

perhaps the Sundays will bring some controversy ...