Not So Green ... As Cabbage-Looking 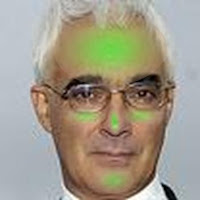 This week’s pitiful Badger-Budget was trailed as being green, but in the event there were no green signs that might be remotely consistent with the Herculean enviro-energy endeavour that NuLab has signed us up for.

As we’ve discussed here before, the EC’s “20/20” scheme for reducing European greenhouse gas (GHG) output calls for expenditure and effort on a humungous scale, of the order of magnitude of waging a major war or, less violently, of an undertaking like the German Einheit. Several percent of GDP would be required - around €12 per citizen per week - over a sustained period, starting soon.

So you’d expect to have heard a rather loud starting-pistol being fired on Wednesday. But no. Which reinforces the strong suspicion that when times are tight, GHG can go hang; it’s GDP that wins every time.

Entirely consistent with this is today’s news that the messianic ACL Blair is to lead the global charge towards 50% reductions in GHG by 2050. This would be the same Blair that as PM banged on endlessly about climate change being the biggest problem facing the world, while presiding over a significant increase in the ’s emissions, after half a decade of reductions under his predecessors.

Who better to front up for a similar conceit on a global scale ?

GDP trumps GHG every time. If politicians wish us to take their pious outpourings seriously, they will need to stop hoiking the entire Eurocracy from to once a month – and awarding themselves energy- hungry £ 750 TVs at public expense !

It's reassuring to know that Brown and his glove puppet aren't insane, and therefore are not likely to (knowingly) kill the goose that lays the golden tax eggs.

I can cope with this. Seeing them simply as cynical thieves lying to us to extract as much tax as possible at least makes them human.

John - welcome. Your's is probably the right way to view the organised hypocrisy. But I can't help thinking it's difficult to pursue the highest-level public policy with complete dishonesty over what's really being done.