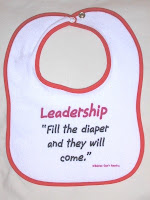 Answers in the comments..

He was the product of "the unifying and overriding influence of one single paramount force -- insecurity." As a boy he grew up "starved for affection," for his father was "a silent, undemonstrative man."

His early speeches were seen as going "over the same historical ground so often" that his audience's "eyes glazed over in stupefaction."

He served with great distinction in a political career that took him to a major cabinet position.

He possessed a cold personality and reacted badly to any form of criticism. He seemed contented with the services of mediocre men as long as they agreed with him.

From his basic insecurity derived personality traits that shaped his premiership. He had difficulty making up his mind; he was "a man almost wandering through life allowing others to make his decisions for him." But when he did make a decision, he rigidly adhered to it. "Something in his character stopped him short of admitting error. 'I was right,' he said, and would say again and again."

He had the insecure man's habit of immersing himself in petty details. As when he was a minister he actually counted "the lines of work done by his secretaries in a morning's work -- and even as Leader he spent hours on the most minute and bureaucratic details of bills and nominations to office and promotions of very junior personnel.

Fractious and argumentative, he lacked the communication skills that this high office required. Finding it so very difficult to trust subordinates, the few he did trust were elevated to positions in which they were unsuitable. He would support them again and again.

He would rather win an argument than win the contest.

A good strategist, he had a cold, often petty, personality. He tended to always side with his friends, no matter how worthless they were. When, on the very rare occasion he replaced bad ministers, he also tended to replace them with ones who were even worse.

Having decided someone was loyal he became "perhaps the most loyal friend any man could have," and that loyalty helped bring about defeat. Long before [date] it had become "incontestable" that "he was unsuited by personality and character to be a chief executive.”

"His obsession with pointless paperwork," his "obstinacy," his "woefully inadequate" performance as Premier, and of "the utter myopic isolation in which his intellect worked" reflects badly on his time as Leader.

He was a stubborn man, who was narrow-minded, and seldom willing to compromise on issues, never seeing the greater goals that could be achieved. But, his devotion to the cause was without question, and in support of his beliefs, he was willing to work tirelessly, often without sleep,toward preserving these ideals. Even his wife said upon his election "He did not know the arts of the politician and would not practice them if understood." It turned out that she was right.

In selecting his cabinet members, the selection process was based mostly on political debts owed, rather than the best man for the position. He seldom interfered in his executive departments and usually listened to his counsel of ministers. He did however, interfere with the xxxx Department, so much so that his appointments became known as merely his pawns.

just goes to show, doesn't it ? maybe Gordon Brown reckons he's in with a chance when it come to the history books

ND, he will certainly go down as one of the least successful PMs of recent times.

Is that the biog of Ted Heath?

Ah OK I have Googled it now...

Churchill was my first guess then Gladstone , Salisbury ?

I'd have guessed Richie Blackmore out of Deep Purple but in the end I did what Blue Eyes did and it wasn't him.

Good question! I like it. The answer is Jefferson Davis, the leader of the American Confederacy.

As a Yank, I should know.

Here are the links showing it:

Of course, as many knew, it was Jefferson Davis.
The man who was elected on a wave of public support to the highest office and promptly led his government, party and even his entire country into total destruction and oblivion in just 4 years.

To be fair to Davis he was facing a very powerful enemy led by a truly outstanding leader so his chances of success were pretty slim to begin with.

Still the Lincoln vs Davis comparison is still discussed today. Consensual or adversarial.. what is your leadership style?

I'm sure the Blair/Brown comparison will be doing the rounds in political science and business studies classes for years to come.

Richie Blackmore was an inspired guess. But didn't he forgive those he made his enemies? At least temporarily.

I thought it might be Oliver Cromwell... oh... whats that? NEWMANIA is alive - excuse me must rush !!!

Well, my gut reaction was Churchill, but was delighted to read from other comments that thankfully it wasn't!