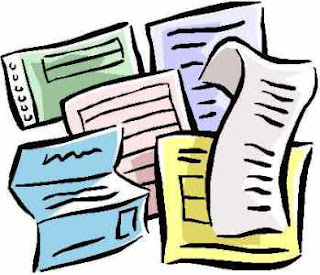 As the furore about MP's expenses drags on, the speaker has stepped down and calls made for a General Election to be called.
I can't see labour going for an election where they will be wiped out. So no chance of that. It is though a disgrace of our system that the elected leaders can game the system like this.

If David Cameron is serious about cleaning up sleazy politics, then having a fixed term parliament is one obvious choice. 4 or 5 year term matters not, what matters is that the Government no longer controls its own destiny. that is left to the people and the ballot box at set interludes. But will Dave just do a Tony and promise things that he would never seriously consider giving up. Election timing is the biggest election advantage an incumbent administration has.
There are other options too, such as electing some members of the Lords etc. All this needs to be decided upon. Yet another of Tony Blair's odious legacy was to leave our constitution in more of a mess than it needs to be.

Cameron called for change in his speech the other day, but would you like to see.
Single chamber?
Fixed terms?
Open primaries?
MP recalls?
Anarchy?

Make your preference known because this is the hot topic for 'election-to-10'
{I am still on the beach,barely reading the papers. So if Gordon has resigned or N.Korea fired an ICBM just ignore this.}

Fixed terms would be OK, with the proviso that there needs to be a workable "recall" option.

Something like, if 1m people sign up to a petition then a referendum would be held to decide whether parliament ought to be dissolved and elections held forthwith.

Clearly the bar needs to be set pretty high to avoid the huge expense of mischievous attempts, but the option needs to exist.

The more we can do to make the government afraid of the people, the better it will all turn out.

Fixed terms with no other possibilities just entrenches a broken government, as at present.

Anon, i fear a 1million bar may be too low.
we'd have the govt out over single issues far too often - esp with the expert hysteria whipping media we have these days. couldnt there be a better way of mps introducing a motion of no confidence? that brings me onto the removal of party whips.

id like to see an elected second chamber, made up of independent candidates, probably smaller than it is now. im sick of hearing about sycophants getting their gongs and then being able to influence legislation. and bishops too! WTF! its the 21st century not the 15th.

what about giving parliamentary subcommittees more teeth? and abolishing the summer recess? last time i checked things still needed doing from June-September. perhaps they could introduce half term like breaks through the year to give constituents access and holidays etc

No fixed term. Leads to too much campaigning and too much money spent on the usual advertising and PR spivvery. It'll be just like Christmas stuff in the shops the moment Back to School sales end in early September. The public won't like it and who will blame them.

No primaries. A spectacularly bad idea - Britain's got Political Talent in 600+ consituencies? No thanks.

MP recalls - absolutely. The MP has the option of pre-empting a recall with a by-election if he wants to cross the floor or vote against manifesto pledges, but the recall should keep his fingers out of the petty cash box.

Fixed terms? Check out the dates of all the USA Presidential Elections to see just how many happened when you needed an administration that was fully functioning. Re Cameron, I have posted on this.

I am ambivalent to many of the proposals.

How about a truly novel idea a truly sovereign legislature - we haven't had one of those for at least 40 years.

As long as any whatever the reform is isn't PR.

Anon. I believe the proposals for an Mp to be recalled are currently just 3% of the voters need to demand it.

It might only be 600 people in the Western Isles for instance - well within tinfoil-hat dimensions.

I'm not going to quibble about details, but I do think there needs to be a recall mechanism.

Perhaps there should be one method for recall of individual MP's and another - much harder - one that would force a dissolution.

Just throwing out ideas really. I do feel rigidly fixed terms would not be a good thing.