How do MPs spend their holiday? 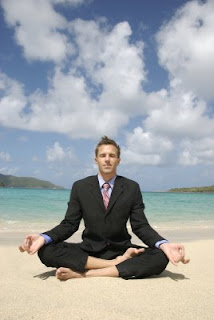 I thought that readers should know about the difficulties of being an MP during a recess. 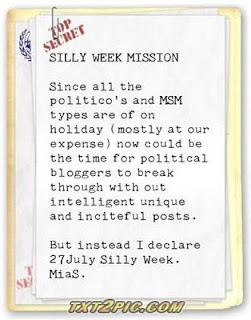 Our Kingdom asks How do MPs spend their holiday?

MP's are not on holiday. Dear me no. We are hard at work. I dug out my diary for last year and decided to use it as a template for this year. But a few problems emerged.

Simpson's Pies, the finest offal substitute in Britain, has shut for the summer. As has the Kaiser-Kobayashi Car plant. Shame really, they were always good for a tow bar or a new set of car mats for Ms Q's 1.6 Tdi Soze. Normally I would hold some out and about surgeries in the villages. Hard to find a venue though. The post Offices have been closed down. Many village shops have gone under pressure from Tesburys supermarkets that have been using the fall in land values to expand ever further. Local libraries have been closing for years now, there is barely one left outside of the main towns. Medical facilities have merged into super Poly Clinics that aren't that local and are too busy to be a venue. Village halls are in disrepair as the lottery fund decided on 20ft stone sculptures of..well stones, instead of new slates for the roof. The local pub was a good meeting point but since the smoking ban and alcohol taxes they have gone too and taken many of the people in the smaller hamlets with them. Some have shrunk so far we could hold a meeting in a phone box. Except they have also been removed . So this year I shall ignore the ungrateful voters of England and focus on the importance of the EU and world trade.

There are plenty of overseas quangos and conferences that need attending. Even more than last year.
Then I shall spend some time boosting the economy of the UK with a bit of John Lewis shopping, before that door finally closes.
Then two weeks working hard for the constituents of Fromage-Sur-Mer. Helping to boost the EU economy by purchasing local produce such as wine and oysters and sun tan lotion. Then the holiday home in Marbella needs a visit. Just to soak up the last 5weeks of the recess and to investigate those awful Spanish Practices.

Its a tough life. A friend who is a teacher says they have a 'training weekend' booked at Disneyland Paris for next week.