Deserves Some Kind Of Award 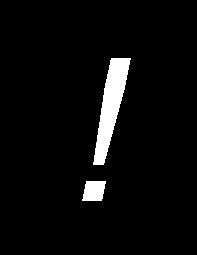 Over the years I have been kinder than many towards foibles of the Grauniad, but my policy is now under review. Get this - from yesterday's editorial 'leader':


"The solution may be to do something that was last successfully tried in the 80s – and fix prices for fossil fuels. This would force producer countries to negotiate with a full range of consumer countries from Britain to Bangladesh. Oil could be charged at different rates to different countries, depending on their wealth. Rich nations would be charged full whack, to wean them off fossil fuels and on to green energy; the world's poor would pay less and would have greater certainty over their fuel bills. Part of the revenue would go into a pot to help poor countries deal with climate change"


Solution ? Successfully ?? Bleedn'ell ! One would hope this wouldn't pass muster even for today's devalued 'A'-levels; but for a leader in a national broadsheet ?!

Well, it may be an utter nonsense, but that only makes it better than most Guardian stuff.

Ahhh the sound of student socialist bollox, there's nothing quite like it.

I will now demonstrate that it doesn't even work in the classroom...

An economics professor at a local college made a statement that he had never failed a single student before but had once failed an entire class.

After the first test, the grades were averaged and everyone got a B.

The second test average was a D! No one was happy.

When the 3rd test rolled around, the average was an F.


The scores never increased as bickering, blame and name-calling all resulted in hard feelings and no one would study for the benefit of anyone else.

All failed, to their great surprise, and the professor told them that socialism would also ultimately fail because when the reward is great, the effort to succeed is great but when government takes the reward away, no one will try or want to succeed.

Could not be any simpler than that.

Like Gordoom, socialists blame others when their socialist policies fail. Socialists always say 'that's not my kind of socialism' but only after the failure, never before.

I've decided that red wine at Tesco should not be more than 85p, and I am now about to start negotiations with them.

How do you think I will get on?

Houdini - it will be OK if you are poor; Tescos are just like Exxon, always suckers for a sob story

EK - can you explain the Tobin tax to Gordon too ?

Perhaps all you do is delete the letter p from spoof.

Us youngsters want to know what did happen in the 80s... tell us Nick!

It's hard to be sure precisely what they are on about, Edindie - and there is some monstrous ignorance in play here, evidently: so draw up a sandbag and harken to Old Drew ...

I think they mean that OPEC 'set' a price (for crude oil), and the markets were sufficiently illiquid that for a while they could more-or-less make it stick

but, ultimately, only because Saudi Arabia was willing to act as 'swing producer', i.e. reduce its output if prices were slipping, or increase it if they were rising

(it was only one price for all, however, not differentiated by the wealth or otherwise of the buyer, or any nonsense like that)

but the laws of supply and demand cannot be suspended for ever ! and the tensions created by this 'fixed price' resulted in an upsurge in global spot trading, the Brent market etc etc

(which also effectively thwarted the embargo on sales to S.Africa)