How Gazprom is Learning to Love the Market 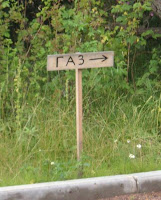 We’ve chronicled their travails at length; but there’s hope for them yet. All those fretting about the suitability of Gazprom as gas supplier to the gentry should read this. Yup, through this sustained cold period, exacerbated by an uncomfortable shut-down of the large Norwegian Ormen Lange field, Gazprom has been selling gas to the UK via the Interconnector from Belgium.

Contrast this with 2004-05. Last week I suggested that, had the current weather struck then we’d have been much worse off. That winter, the Inter- connector saw import volumes fall to zero when the going got tough – despite UK spot prices spiking to 4 times the peak price this time around. Gazprom and key European players were boycotting the spot market.

What’s happened ? Firstly, as we’ve been highlighting for a year now, there is a bi-ig surplus of gas. Secondly, Gazprom has begun to realise that, much as they hate the very existence of the spot market and pretend it doesn’t really exist, sunk costs are sunk costs and decent spot prices are there to be had. If they don’t sell it to us, the Qataris will. So – despite their longstanding vows not to encourage the growth of liquidity in these markets – they’ve started to participate. Responding rationally to price signals is all it takes – and they have.

It comes to all of them in the end: Back in 1993-4 American gas producers vowed never to sell North Sea gas into the nascent UK spot market - because they remembered all too well how spot markets shook up their cosy little games in the USA a decade earlier. But a surplus intervened and they all ended up trading like good’uns. You can only suspend the laws of gravity for so long – and only at great expense.

Thirdly, Gazprom in the UK today looks very different to how it looked in 2004, when it had only a dozen or so staff. Now they have 300. Their end-user market share targets are still a little, how shall we say? - ambitious, but at least they are showing signs of becoming a real player.

Subversive stuff, the spot market – it’ll be Germany next.

So – how much should we worry about buying more from Russia ? Not a lot. We will always be much, much better placed than Germany for diversified sourcing, and they get by OK. As argued here before, the key is threefold: (a) to strike smart contracts – never a better time than now; (b) to force the laggard continental gas markets to open properly (Germany this means you – we can let the French bring up the rear); and (c) to get our trade-diplomatic ducks in a row.

We need more gas; we aren’t going to tolerate black-outs or hypothermia: so get it sorted. It’s eminently do-able.

Nick,
As an avid follower of these posts, I know have to ask if there should be a "d" to your post - that of storage? IIRC, you've made the point previously that we have days rather then months worth of storage capacity.

If we had greater storage capacity would this help protect us from price spikes as we could choose the time of buying as opposed to making sure we have enough for the short-term capacity that currently exists?

Paul your point is well made - additional large-scale storage would help; & with the UK's geology this means offshore

(the projects you read about that are having difficulties getting planning permission are onshore, tiny & of little consequence)

large + offshore = very expensive, and very demanding on the geology - there aren't many candidates (every gas field that's been abandoned in the N.Sea has been examined carefully for storage potential, because no-one wants to abandon a field: that's expensive too)

(Belgium is the same: no suitable geology for largescale storage)

in these circumstances, given that there is a surplus of storage in Europe as a whole, the obvious solution is for the UK to use this, like Belgium, by exporting in summer and importing in winter (which is what we've been doing since the Interconnector opened in 1998) - but this depends on the continental markets being open so that the import leg of the cycle can be relied upon

and that's been the flaw - until this year !