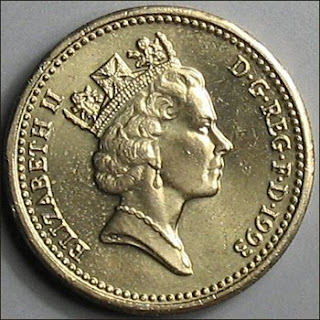 Apart from the usual fantasy of the deficit being reduced by super growth over the long term, there were three unusual points in the budget.
Firstly the business rates freeze.

Business rates are set to rise next week by somewhere between 20% and, as a car dealership just said on BBC, 600%. BQ's own business is facing a 34% rise and that means job cuts. There is no possibility of that not happening. A business cannot absorb that kind of rise. Its money that is paid from profits. Business cannot just pay out from nothing a tax rise that is based on the value of a premises in 2007. The height of the boom. Prices cannot be just increased either. They are already increasing. Prices are around 25% higher for most retailers due to the collapse of the £ vs Dollar.
The business rate freeze - there isn't any detail I can find online yet, but it doesn't start until October. And its only for a year. Not sure yet how this will work out yet. I think its just Labour trying to get out of its very own business 10p tax rate fiasco. A huge tax rise in the worst possible place for the economy.

The winter fuel increase came up in our fantasy budget a few weeks ago. Its far enough away for the government not to worry about it, yet is a headline for pensioners and anyone on benefits.

And the basic bank account.
As far as I am aware all of the major banks and the vast majority of smaller ones do have basic bank accounts. But as they have no charges, no overdrafts allowed and limited funds into them banks do not promote them. Some branches are completely unaware that they exist and they are rarely offered. Its a complete failure of government in much the same way that business lending is.
Why the Chancellor wants to see banks introducing more of a product that won't be offered or marketed is a mystery.
Posted by Bill Quango MP

Business Rates are the least-bad tax that we have by a long chalk. The rates are set as a % of rental values (rents have fallen maybe 5% or 10% from peak) and not capital values (which have fallen 25% from peak, or something).

Sure, revaluations should be more often, but this five year cycle has been going a long while and businesses had plenty of time to prepare.

Further, the exemptions only apply to small businesses, who tend not to own their own premises, so landlords can just hike the rents to soak up the tax cut.

MW - Surprised at you who knows the damage that non profit related taxes do to business. Regardless of time to prepare, business have to find the money. Where does it come from if turnover are lower than they were in 2007? In most cases if a business is trading at 2007 levels it is considered not just a success but outstanding.

The five year cycle is there but this is precisely why governments have budgets. To be able to raise or lower taxes for the benefit of both the exchequer and the economy, and to manage the inconsistencies in the system.

Added to the 1% NI it really will have a negative impact.

Will it bind the Tories in all areas?

The Basic Bank accounts that the banks are already legally obliged to provide are great little things, I use one as my current account - no chance of going 10p overdrawn and getting charged £25 for it and no fees.

The only real change I can see with this is that the banks would be obliged to provide facilities to bankrupts and the homeless, which is a nonsense really. The post office should provide this if it doesn't already.

Anon
The basic bank accounts were set up by HMG with the Post Office in mind. The idea being that benefits and pensions could be paid out of the PO and into a cheap, safe, no madness bank account.
But then the government decided to just not pay pensions and benefits through the post office and the whole thing just withered away.
Huge numbers of low income families have to resort to expensive credit transfers or postal orders as they have no cheques or debit cards.
Most banks don't or won't issue people with the basic account as Banks earn nothing from them but they have all the administration costs of a regular account.

Post Office does not have any bank accounts at all as it is not a bank, despite recent promises from Lord M and Alistair Darling and even Gordon Brown in his very last conference speech, to make it a bank.
Despite many governments promising to create one for low incomes and bankrupts and so on, they never have.
There was a Postbank banking consultation that government ministers addressed recently offering nothing but words, despite the Postbank being their own 'new' big idea and one they heavily championed by Lord Mandelson during the CC of 2008.

Nothing will come of it. Too expensive for a bankrupt government.
Instead I expect Tesco to be forced into it as part of the deal for their banking licence.

{not that Tesco would be against basic bank accounts. It would be a bonus for them and fits well with their target market}

Perhaps the banks have drawn back on issuing the basic bank accounts, I've had absolutely no problems getting one from HSBC and NatWest - and in fact NatWest still market theirs, it's mainly aimed at kids.

I have a horrible credit rating from a 3 year period of depression and ignoring red letters etc, and even with that so long as I provided ID in the form of some recent utility bills they grudgingly gave me the account.

This was all 4 years ago, so maybe it's changed now.

The PO should provide these services tho, i'm sure it did in the past - hence the unemployed getting their fortnightly Giros...

the damage that non profit related taxes do to business

I'm against taxes on economic activity generally, be it turnover tax or gross profits tax (VAT), employment tax (National Insurance) or a tax on profits (corporation tax), with corporation tax being the least-worst of the bunch.

But as you well know, I'm thoroughly in favour of a particular non-profit related tax, which is called Land Value Tax (which is pretty similar to Business Rates).

It's like rent - which is a non-profit related tax as well - if a business can't earn enough to pay the rent, it goes out of business and somebody else has a crack from the same premises - it's called "creative destruction".