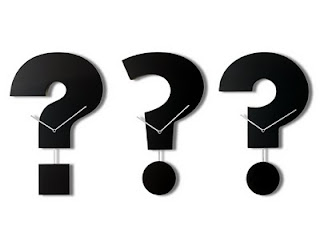 Should be good!
Winner gets two to tickets to Wimbledon. Centre Court.

Next question....Where's McDoom? Should MPs be paid when they're invisible?

yes it's hard to disagree with you this week, I suppose the challenge is to come up with the precise Budget-related nuances

- VAT & wouldn't Labour have done the same?
- was it really Inevitable?
- a Cable-baiting question on LibDem U-turns

also
- should McCrystal have been fired?
- something moralistic for Hitchens to make a spectacle of himself over (Chris Horny-Huhne?)
- why are France and Italy such rubbish? (I have been watching French TV on their footie travails & it is hilarious)

Not strictly on topic but a quick one for you capitalists.

Liam Byrne was scathing on Newsnight on Tuesday (I think) cleverly saying that with the incredibly harsh budget the peak in debt as a share of GDP is only brought forward by one year. Presumably there are numbers somewhere to show that the peak would have been a lot higher under Labour's plans. Do you chaps have the figures to hand?

First Q - All of the budget in one go! Vat/Benefits/pensions.
Balls says its unnecessary, Vince says Libs effect has moderated the budget.
Caroline - well,she is really a Stalinist so she wants no cuts but plenty of taxes. Brent says it was a business budget, which was true, well a bond market budget. Peter says there are no cuts worth worrying about;its all marginal. Not quite true, but not false either.

Q2. Is this the end of the lib dems.
Balls favours Labour's current attack which is to try and divide and break a piece off the coalition. Don't blame him. I would do the same. its a good attack.
Vince defends on the best defence too. Its not our fault. Labour messed everything up. Government of national emergency.
Caroline ..well,whatever. She won't compromise. She believes in PR and won't contemplate agreements..... Brent does the compromise line effectively.
Peter sulks.

Q3. Pensions. I see Inspector gadget, who writes a terrific blog, is very angry about changes to police pensions. Balls says the AV PS pension is £5,000. How he came up with that figure I have no idea. Would like to see that data.
Caroline Lucas has weird eyebrows. Look like drawn on. She is right on us all getting poorer over pensions though.

Q4. McChrystal. PH makes some comment about Wellington and Monty and magazines? There was no rolling stone then Pete, and Monty was a media chaser. However as Brent further adds, WTF did the general think he was doing? It was a stupid thing to do. CL says bring the troops home. That is something Dave needs to start planning for. She is right really.
Audience member expresses my current view. The surge worked in Iraq. It might work here. It was troop numbers in Iraq that allowed the surge. Same in Afghanistan.
Having Petraeus, even by luck, was the right move.
Balls sort of agrees with that.
Audience person says General MacArthur by mistake. But its a good reference.


Q5. Are new Tory school plans a waste of money.
PH says its a gimmick for pushy middle class parents. Goes on about Grammar schools must come back. He can't see the eventual aim of the reforms. This is as close as he will EVER get to having some control on education. Sadly I think this policy will fail. Its hard to get across and is so easy to attack.
Balls says the money will come from cutting the budgets of the existing schools. AND? What's wrong with that? Who wants to maintain lousy schools as they are?

ND.- 4 smashers. Bang on for all {except football - no time}

Cato - Brown may be missing but he is providing loads of material for satire. [I confess to having been posting on the net recently as Gordon Brown MP {mental patient}.]

BE. Nothing to hand. Will hope CU has some data.

EK - Might need to send you the rules for this game. What is this about disciplinary at work? You haven't been waving about that object that features on your blog today have you?

"I fired him because he wouldn't respect the authority of the President. I didn't fire him because he was a dumb son of a bitch, although he was, but that's not against the law for generals. If it was, half to three-quarters of them would be in jail."

The oath of allegiance is made to the Constitution, NOT the president.

Anon.
The bit about 'but that's not against the law for generals...' could equally apply to politicians

Every serving officer is then compromised. The Pres is the Com in Chief.....but the officer swore allegiance to the Constit...

The Cinstit. is quite plainly worded, and has been shredded lately by a stream of legislation.

If all senior military would simultaneously resign, en bloc...and they should,

Lizzie signed Lisbon, undue haste, but she was always going to sign... those who thought otherwise were fools...

Who do our military and police swear allegiance to?

And if ACPO is a private company, and officers are giving orders... and ACPO responsible for illegal data bases and won't respond to EU rules....or FOI requests...

Where do the Con/Dems stand on all this?

My oh my, you could throw some shit at that fan.

Excellent coverage, BQ. I didn't put forward guesses because of the budget dominating. Interesting no Tory for 2nd week running (I don't count 'Bonkers Hitchens' and his jowls wobbling stuttering about dear old Monty and the Duke of Wellington, prat). Wonder if they'll have one next week? I thought Vince defended well given his party's uncomfortable position. Or are they really as bad as each other?

Thanks Philipa:
I'm tiring of the Mail. I think they are mad if the believed that if they forced the coalition to fail then some sort of Mosley type leader could sweep to power. I suspect that secretly Hitchen's is trying to engineer some way for Sarah Palin to stand as an MP.

Abbott was dreadful. Dreadful! O'Neil told her when she decided to stand that she would come under proper scrutiny. Mostly from him.
Her answers were not to answer.

Clearly demonstrated why she has never held any office office, and when you consider that Dawn Primarolo, John Prescott and Jacqui Smith all made it, it just shows how little talent she has.
I still like her though..as a backbencher.

Oh..and always enter.. its like voting..its almost a duty to join the QT Quiz.

I too noticed there was no Tory...also Ed Balls was invited to reply first to the first two questions. There seemed to be a very left wing bias from the audience too. Poor VC did a very good job of holding the fort against the NL/Green onslaught. I don't think Dimblebey is neutral either. The BBC better get used to the new paradigm as there are too many NL types aboard.

Why are the Greens so far to the left? I am Green but Tory and the 2 can easily go together but I shall never vote for the Green Party as they currently exist (agree about the eyebrows, very strange!)

I'll have tickets to see Murray in the final, please

(shouldn't cost you much)

BQ said "EK - Might need to send you the rules for this game. What is this about disciplinary at work? You haven't been waving about that object that features on your blog today have you?"