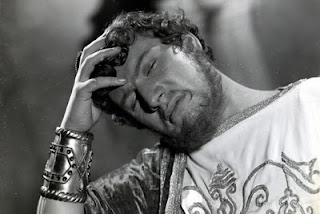 From the comfort of the BQ holiday sun-lounger ...
I read in the original post comments that some doubt that Mr Brown really was on a 'scorched earth' policy. Accidentally he may have pursued such a strategy, but not on purpose. The explosion in debt was just a by-product of the usual political machinations that have been going on since the 1960's when Tory chancellor of the exchequer, Reginald Maudling, left new chancellor Jim Callaghan a note saying..

"Good luck, old cock ... Sorry to leave it in such a mess." Similar to Liam Byrne's "There's no money left" .
But there is a very clear pointer to what was happening in the bunker. Gordon Brown was as convinced that spending was the way to win an election, as a more notorious dictator was convinced that retreat was defeat. Talk of cuts was like talk of surrender and could not be countenanced. Victory or death. When the end came for Germany's 12 year Social Democratic experiment the Fuhrer ordered :

1) All military transport and communication facilities, industrial establishments and supply depots, as well as anything else of value within Reich territory, which could in any way be used by the enemy immediately or within the foreseeable future for the prosecution of the war, will be destroyed.
He tasked this so called Nero Decree to his minister for the economy and loyal supporter Albert Speer. Speer decided that destroying every bridge, collapsing every mine and dynamiting every factory was too much and refused to do anything about it.

In 2008, during the height of the credit crunch not only did the PM insist the spending taps remain turned on , but that the taps be smashed off the spindles so they could never be turned off. He refused to accept cuts to spending programs and simply demanded more.
It was Alistair Darling, the good nazi, who said no. He knew that the recession was the worst in 60 years and that the boom was over. Northern rock had already gone down, yet when Darling said that we were in a damaging recession he had the 'forces of hell' unleashed upon him. There were calls for the chancellor to be sacked. He came under increasing pressure to resign over his expenses claims, when others who had similar did not.

The calls came from the usual Brown brusiers, Charlie Whelan and Damien McBride, instructed by Brown, according to Rawnsley's book. Up until then Darling was often referred to as a sock puppet chancellor {mostly by us} and for a while, the number two man in the government actually got the blame for the global recession.

In 2009, Mr Brown decided that the Chancellor would not do as he was ordered and despite Darling being the ablest of his ministers, decided to sack him and replace him with ultra loyalist Ed Balls. Does anyone believe that Ed Balls would not have carried out his bosses wishes, whatever the consequences? Even now, running for the Labour leadership himself, Ed Balls denies there is even a deficit problem.

As Guido reported Ed Balls saying just today “Halving the deficit in four years by cutting public spending… I think was a mistake. .. in 2009 I thought the pace of deficit reduction through spending cuts was not deliverable… I’m not happy to accept cuts in any part of the budget…”
It was only the dangerous Purnell coup that allowed the chancellor to remain. The price for Alistair's loyalty was for Brown to face facts, which he only paid lip service too until the next coup.

After the third failed coup in 2010 the chancellor had 'frank words' with the Prime Minister and insisted if Labour stays in office, the UK faces its toughest spending cuts for 20 years. Labour will "absolutely not" entertain a core-vote strategy at the election, "To me, cutting borrowing was never negotiable," the Chancellor added, before adding: "Gordon accepts that, he knows that."

And so the Nero Order, whatever it may have been, did not get enacted. A reduction in the lowest rate of income tax to zero to wipe out the disastrous 10p tax botch? A cut in VAT to 10% to prove that it worked the first time? To make good on that mad promise to make the UK the electric car producer of the world? But there can be little doubt that that was the chosen strategy and if the chancellor had been replaced in 2009, then all the taps in the house would have remained firmly on.

{reading the comments on the electric car - A classic from Scrobs.
"Its the economy 7 stupid"}
Posted by Bill Quango MP

Bill, agreed that the Brown Balls-up policy set was unnervingly stupid, that does not prove motivation.

Either Balls really believes what he says, or he does not. If the former, it is not scorched earth. If the latter it is. I am not privy to his mind.

It is actually much harder to confront someone who is profoundly incompetent, illogical and wrong-headed, than someone who you think is merely mad or cynically engaging in 'scorched earth' policies.

What an amazing post - you have an interesting mind, Bill.

Shame fingers weren't burnt, indeed, why stop there? Bodies even, such was the abuse of power for personal gain by unelected persons. Still my anguish at the time at people not realizing what was going ended up with me finding C@W. A silver lining. ;-)

Imagine if they had won?
Anyone want to postulate where we would be after a 100 days of Labour or Lib/Lab coalition ?