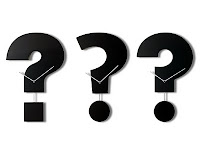 Question time rolls around again. Bit harder this week, only a few firm news stories and its from Glasgow, which usually means a very different show.

Guess which questions will be asked and add them into the comments.
BQ say: No more

1] Housing benefits cap and social cleansing
2]EU fees, up yours Delores
3] should Scottish students pay fees
4] Police can no longer question suspects without a lawyer {cadder}
5] Postal services bill, PO want a 10 year lock into royal mail. HMG says erm..really?..don't think so.
Special this week is to try and spot the activist. Last week I'm pretty convinced the first questioner was a green, but can't be sure, so he's let off , but the last questioner, Tristan Learoyd, is a labour party activist.. says so here at the Redcar Constituency Labour party site.

C@W looking will be looking out for more sneaky politicos in the audience tonight ..
Posted by Bill Quango MP

1 - Tories, are'nt they evil, should the audience go home to stop their babies being eaten by them.
2 - Margaret thatche, its all her fault.
3 - Lib Dem, ye feckin' Tories too now yer feckin' scum etc
4 - No fair Scotland getting cuts we have all the oil
5 - benefits are 98% of scotland GDP benefit cuts are really felt up here.

1- HB and Boris Johnson being irresponsible. {Ed Davey thinks Boris should apologise. So does everyone. Labour are on a loser with this resistance policy.Hendry got applause from a Glasgow audience! Just how outraged must people be if they clap the king of capitalism? Think again Miliband?}

2- Eu no to more cash.Hendry hits the nail again.. He gets badly bashed for being a banker, but fights back superbly. I'm coming round to this out of EU idea..certainly like to have a serious program on it.

We all win.
Good program. I remember the Glasgow audience being sharp last time.