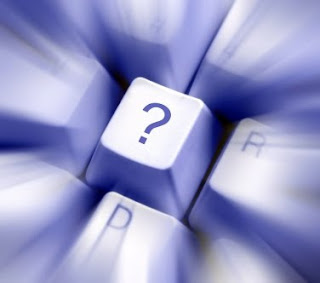 David Dimbleby is joined in Middlesbrough by Philip Hammond MP { minister for transport and railstrikes.} , John Denham MP {one of the better Labour MPs, Anti war and former business and uni ministers }
Caroline Lucas MP {Green Mp, but Green in the watermelon sense. Red on the inside. Expect 'fairness' and 'banker' to be the watchwords} General Sir Richard Dannatt{ warhorse CGS, Tory defence adviser, and someone with an awful lot of explaining to do tonight.} George Pascoe-Watson {spinner, former sun journo and former squeeze of Kay Burley, alegedly!} and Polly Toynbee [ unbearable liberal media columnist. Used to be all Vaseline thighs over Nick Clegg..after same gushing over David Miliband, Gordon Brown, after Tony Blair. Probably a bit cooler to Nick now..}

Those still struggling with this quiz please follow the advice of a good prep school teacher.
"The answer is in the question"

Philip Hammond => Minister for transport => Commuter fare rises up by 25% => probability of the bbc producer deciding to pick out this question from the audience ..high. OK? Or just follow the regulars and put down the first thing that comes into your head. Bonus points to anyone who can decipher all of Hatfield girl's coded questions..

Q1. How is it 'fair' for the poorest to be hit hardest
Q2. How many jobs will be lost in the private sector
Q3. How useless was Alan Johnson. The tide was out.
Q4. Why have we ordered aircraft carriers for our two desert wars and why haven't they got any planes?
Q5. Wayne Rooney. Struggling to understand through sir Alex's strong Glaswegian accent I think the gist was .."He wouldn't...even if Wayne was on fire."

Winner gets to axe the foreign aid budget and add it to a department of their choice.
Posted by Bill Quango MP

- Council house rents increase
- Cuts 'gone too far/not far enough
- Rich 'dodging tax as on dispatches
- Disability benefits and fairness
- Commuter train fares rises {because you said so, but I notice you didn't put it on your own.}

Has Her Majesty the Queen led the way for us all in accepting such large cuts to the Civil List?

Should property abroad be taxed here without reference to taxes paid where the property is situated?

What measures can be be adopted by a government in an advanced capitalist country to encourage growth?

Does the panel think the German ICE train looked particularly dashing when it arrived in St Pancras?

Should lack of wind encourage investment in the re-opening of our coal mines?

I think it will be cuts all the way

Q1. Can the cuts be fair {worded with deep spite} Caroline Lucas goes straight for 'unfair'. Bonus points for me! Hammond says poorest not hit. Tough Middlesbrough crowd don't want to hear it. Banker bonus Q from the audience.One brave audience member speaks out against Labour.
Another Q has the dispatches tax avoidance prog mentioned.
Poly Toynbee is 'Appalled at the social cost and cannot answer what is the alternative. She denies that health and schools will have increased spending over the parliament and insists its all been cut. Pascoe Watson tries to explain the debt interest without much effect. John Denham is sure that the government is out to punish the north. Will anyone be brave enough to explain that the majority of PS jobs went North precisely because of the loss of mining/industry in those regions....so the choice isn't axe a library in Surrey, save a council in Runcorn.
Dicky Dannant thinks that a further review on fairness should take place if its all lopsided on the poor. And why not. There are going to be more budgets.
PT is ranting like a loon. She's in the Ed Balls deficit denier zone tonight. I didn't think my opinion of her could go lower.
At least crazy Lucas has some ideas. Mad ones about taxing the banks to extinction {or make them move to Paris}, but at least not just spouting.

Q2 - Will the cuts push the country over the brink.GPW says 'no one knows'. He's right, opinion is fairly evenly split by economists.RD hopes Middlesbrough can rise on private money but Dimby says HALF THE POPULATION of the employed in the city are in the public sector. That is terrible.
PH waffles and dimby, who is on good form tonight, tries to make him answer on how Middlesbrough can get private sector work. He doesn't answer.
A sad thing. a woman asks 'how we can we attract investment without the agencies for development, regional business agencies'
So, so public sector. reminds me of visiting schools in the early 90's.

PT believes that only the state can do anything. She thinks 1+ million will lose jobs and barely stops the words 'evil tories' leaving her lips. overall of course she may be right. But if only she had another answer.

Q3 - defence. Aircraft carriers.
Q4 - Labour spad gets second question? unusual,
Should the banks be taxed on profits and bonuses.

Not many Q's tonight.

Everyone gets 3. In the spirit of the cuts, That's fairness!

It was a worrying programme even more so than normal.
Most of the panel were nuts.

Its all so one sided talking about 'cuts', most of them seemed to believe there wasn't even a problem at all and that the Conservatives were just cutting spending out of spite.


What always amazes me although I suppose it shouldn't, is how weak the so called 'right' are, even in the face of some of the most stupid arguements for example that cutting spending was 'taking money out of the economy'. They seem unable to set these fools straight.

It is infact borrowing (from foreigners) that takes money out of the economy as we have to pay it back plus interest.
Something these idiots seem to very much favour.

AGree Anon, could barely continue to the end. 4 questions asked, three were the same. Cuts and jobs losses.
That is to be expected, but with three goes at the same answer you would have thought the government would do better.

I would think that the spinners/spads could give the ministers better examples. local examples.
IE the old person ambulances to hospital service costs in ' Boro is 'X' and is equal to 1 hours debt interest payment. If we do nothing..next year it will be unaffordable...etc.

Dannant was a disappointment too.