The turn of the saint 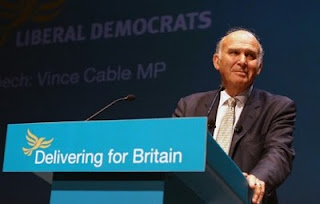 Confederate General Braxton Bragg was a remarkably intelligent and well-informed man, professionally and otherwise. He was also thoroughly upright. .. A man of the highest moral character and the most correct habits, yet he was in frequent trouble. His irascibility had led him to be transferred away from many posts.

There is an anecdote very characteristic of Bragg.

He was stationed at a frontier fort with several infantry companies commanded by a field officer. He was himself commanding one of the companies and at the same time he was acting as post quartermaster. His commanding officer was called away to other duties, and as next most senior, Bragg assumed command of the fort. As the acting company commander he made a requisition upon the quartermaster–himself–for some supplies he wanted.

As quartermaster he declined to approve his own requisition, and endorsed on the back of it his reasons for so doing. He returned this unfilled requisition to the company commander, who was also himself.. - With his company commander's hat on he responded to this rejected request, urging that his requisition called for nothing but what he was entitled to, and that it was the duty of the quartermaster {himself} to fill it. As quartermaster he received his own note yet still insisted that he was right not to allow the supplies.. In this condition of affairs, and presumably before blows were exchanged, Bragg referred the whole matter to the absent commanding officer of the post. The latter, when he saw the nature of the matter, exclaimed:

“My God, Mr. Bragg, you have quarrelled with every officer in the army, and now you are quarrelling with yourself!”

What the young Lieutenant Bragg, soon to be a Major General in command of an army, was trying to do was show how his orders as a line commander conflicted with his orders as a commissary. If he wanted to mount a long range patrol as commanding officer he was bound to ask for additional wagons and horses and tents and extra troops and rations and so on. As a quartermaster of a fort his job was to ensure there were enough supplies in store, and not to authorise extra items except in the most extreme situation. But all Bragg succeeded in doing was to make himself a laughing stock.

Anyway, enough of the history of obscure 19th century military figures. I see Vince Cable has now decided he will vote in favour of legislation that he was thinking of voting against, even though it was not just government policy, but actually his very own proposals. He has decided, for now, that it might be a good idea to at least seem to be in favour of legislation that he is supposed to be steering through parliament...

another excellent history-lesson from your fund of edifying tales, Mr Q

There is much duality in politicians. That's why most of us would be unsuited to their work.

Have you seen the price of Gillette razors nowadays ? That's why Parliamentary expenses were fiddled - to cover the cost of having to shave two faces.

Its not so much about the two faces EK. The Lib Dems were obviously convinced that they were still light years from power and could sell their usual vote winning unreality policies. Being in government seems to have come as an unpleasant shock to some.

But the example of Bragg was not that he was two faced, but that he failed to realise that when he assumed command of the entire fort he had to make decisions for the good of the entire outpost, not just for each individual department within it.
He should have sent his request to a third person, still himself,as the senior office, who would have had to make the ultimate decision.

That is also Vince's current political dilemma. He IS the senior officer and must make a decision... which is basically support your own policies or piss off.

Bragg went on to be of the few generals to both win and lose a battle. The same battle. He won in the morning, but managed to turn it into a defeat by the evening, even though his opponent had fled the battlefield.

Interesting that if today's Telegraph is to be believed (a big if I know), that is in fact Clegg not Cable who is the wet wobbly one without grip on reality - I'd have never thought that Vince would have had any spine - i may yet be proved wrong ...

How the hell you chose a Confederate General to write a lengthy introduction on Vince Cable is pure Bill Quango.

Entertaining and edifying, as usual. By the way, there's a little tribute for you over my way.