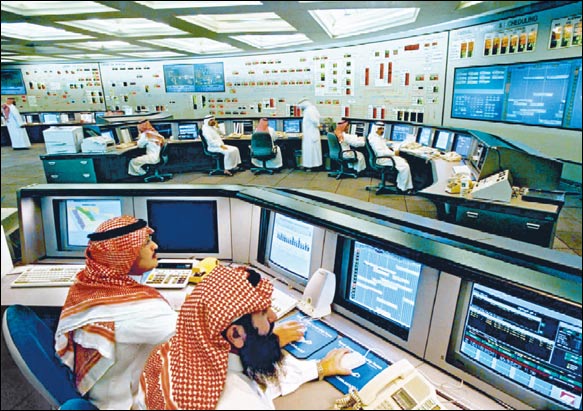 Within the oil industry it has been assumed for years that the Saudi's regularly overstate their reserves of oil by some margin. The massive Ghawar filed has been pumping for decades, at some point the reserves have to be exhausted. The Saudi's though are protective of their position as the leaders of OPEC and so have long been thought keen to maintain this by saying they have the most oil.

So another Wikileaks document saying that this is suspected to be the case by US Diplomats is not really all that exciting on the face of it; except that if the US estimates of a 40% overstatement are correct then the oil prices we are seeing now of over $100 a barrel are here to stay forever, in fact a doubling from here would not be that much of a surprise.

Let's hope this estimate is just more Wikileaks stirring, if the world runs out of oil this fast then we will be cast back to the dark ages (let alone a depression too) in pretty short order. Perhaps selling off those transport stocks and topping up on oil exploration plays is a good personal hedge.
Posted by CityUnslicker

What's all this buzz about shale gas? Not being an energy bod I don't know the ins and outs of it, but is it not correct that as a result of shale gas extraction, the USA is now a net exported of gas? And that we have lots here?

The Oil Drum site is as good as any to see the debate on all the related issues. It is highly complex and difficult, with just too many variables of one sort or another. My money is on chaos at some stage, usually a safe bet.

Elby, yes shale has reversed the US' previously-declining gas fortunes, & we are already benefiting (lots of LNG available for Europe this winter)

there's been a huge find in France; there will be more discovered all over the place

it has major & widespread implications

have a look here for more

don't worry about dshale gas...it looks as if Huhne and the WWF will sort that out for us

There's also political motivation in the accepted wisdom being peak oil. I read that there were more than enough global reserves in total for some time to come but that the Saudis would, of course, lose their preeminent position.

Have more faith in the market.

I am sure there will be a panic and then someone will work out how to make money out of it.

There seems to be a common, though wrong, belief that the U.S. has become a net gas exporter post-shale. From the official U.S. stats it seems the U.S. is a net importer of about 11% of its gas consumption, and the U.S. EIA is projecting that will remain so, though reducing, until 2035 despite increasing shale gas production (assuming the U.S. returns to growth).

The U.S. both imports and exports significant amount of gas - I guess because the U.S. is a big place and in some places it is easier to export than lay long pipes. Is that right ND?

What about this thesis that oil isn't really a 'fossil' fuel and might just bubble up from time to time?

There is little evidence to suggest that oil, even if it should "bubble up from time to time", does it often enough, or in large enough quantities, to replace even a tiny fraction of the amount currently used.

RW - yes you are right, it's best to think of North America as the relevant entity (US, Canada and indeed Mexico)

USA imports huge amounts of gas (and oil) from Canada, and won't be stopping that any time soon, it's so cheap & logical to do so

the intra-continental trade with Mexico is quite big too

but such is the net NA gas surplus they are actively planning to develop their capacity to liquefy locally-produced gas, to be able to 'export properly', so to speak

Yes, I see that now ND. The U.S. EIA stats are good, and they have tables for North America which shows NA is largely self sufficient. Looks like the dominant flow since 1990 is Canada to USA, with Mexico imports rising since 2002 but still only 15% of Canada exports.

On LNG dominant import is from little Trinidad, with Egypt as eratic(!) second - I didn't expect that. Dominant export is west coast to Japan.

Is it the Egypt exports that are being diverted to Europe? Could be some volatility there now!

Yes Mr W, the EIA stats are really excellent (in keeping with many other US agencies who actually see their role as illuminating what's happening)

I particularly like the honest way they leave up their entire history of forecasts to be gazed at mercilessly: their supply and demand forecasts have been pretty good, but their price forecasts execrable (about 50% lower than out-turn on average, over the long term)

but at the same time, their price forecasts have always been broadly in line with 'consensus'

which proves that price- and economic-forecasting based on "analysis of the fundamentals" is the merest crap !

Egypt could be a worry, I grant you: watch out for those dominos !