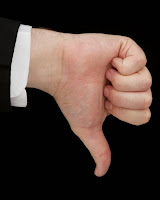 So, eight European banks have failed the latest round of stress tests, says the Grauniad. No, it's nine says the Telegraph !

Stress tests ? Give it a month or so and you can report the situation in fewer words: nine banks fail. Or ten. Who knows ?

If they ain't raised enough capital by now, they're done for. You may as well give front-line soldiers a medical just before giving the order to go over the top.

By a strange coincidence, the entire C@W team is out of the country just now... steady in the ranks, here we go

Pretty poor show that EBA allowed them to raise further capital before reporting...

How so, these technocrats are experts, they can mould and steer the future. This is the reason we pay them so well and to add our gratitude reward them with golden pension pots.

Are our sorry little arses going to be bought by the Chinese ?

Y'know those trips some guys like to make to Thailand ?

That's what millions of Chinese chaps will be doing on their pilgrimages to Newcastle and the suburbs of London. Where our best women trade their wares for the price of a fag packet and are glad of it.

E-K: "That's what millions of Chinese chaps will be doing on their pilgrimages to Newcastle and the suburbs of London"

1. Why go to Newcastle when the top totty is in London?

2. China isn't going to get out of this unscathed either, their whole model was to develop an affluent middle class to take up the role of the consuming class within China. Question is, have they managed it befor the Western consumers leave a huge gap in their manufacturing orders?

There's pleny of totty in Newcastle, but you have to buy them drinks and holiays and rather than just blatently pay them for a shag.

My Mum's from Newcastle.

Labour costs going through the roof in China right now. Looks like their tiger economy bubble is about to burst. Already the focus is starting to shift towards India.

Keep a watch for the word "India" in the press over the next few months and watch it happening.