It is well within the Boy Osborne's capabilities to screw up: but it's not clear his oil & gas tax hike was one such error. A lot of huffing and puffing at the time, of course, but the oil & gas lobby is notorious for crying wolf.

We called Centrica on their BS a while back, and now, what's this ? BP going to put £££ billion into a big new North Sea development.

Yes folks, oil-business as usual. It will only be something really, really marginal that is actually killed by Osborne's grab. Both new-field development and old-field abandonment are mostly quite binary affairs: either there's plenty of oil / gas in a field, or there ain't. In principle, of course, something might be on a knife-edge - but not very often in practice. Equally, there is scope for companies to delay an investment a bit, to make a point: but mostly, they are focused quite dispassionately on the bottom line.

So: carry on George - and mark down all that whingeing and wolf-crying to experience for the next time (and mention it to Cable & Huhne).

More hard-headed realism is required in respect of another bout of game-playing in oil: the coordinated IEA release of 60 million barrels of strategic reserve last. Fat lot of 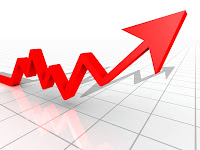 good that did, assuming as we may that they were hoping to put a dent in the price. But it doesn't seem to stop 'em contemplating another splurge. Perhaps Obama feels the need to massage the US gasoline price to within a few cents for a specific date in the political calendar. But it won't work: only another bout of global recession will bring the price down on a sustained basis.

So little judgement, so much at stake.

I woke up today a mass of aches and pains. It appears that middle-age is upon me and there's bugger all I can do about it.

My ankle was aching from an injury I sustained a few months ago (attempting to ward off the onset of middle-age by jogging) My bum was killing me from haemorrhoid's, the small of my back aching from the awkward position I have to sit in at work, my chest was hurting from acid indigestion, my head was killing me because I dared to have one glass of red wine last night...

So now I have every sympathy with middle-aged politicians found dead in embarrassing circumstances.

I can now see that this is just simple therapy for 46 year-old man a little past his best. If it's going to get any worse I don't want to grow old - roll on death !

So here it is. No phone-hacking required to get these sordid details from me, I give you them for free, readers.

So what's the politicians' beef with the tabloid press ?

I must be suffering from early dementia too. I'm confused as to which tail is supposed to be wagging which dog. If our Prime Ministers really are beholden to the Right Wing Murdoch press then why do we keep on getting served every bit of the fucking Guardian's agenda ???

we must ask Mr Q about all this, I believe some of his, err, colleagues are experts

Fascinating, Kevin, but wtf has all that to do with the price of oil?

"It will only be something really, really marginal ..."

But that is the point, ND. The oil industry is ruthless with its projects. All the costs and risks are factored in, and the projects which make the most (npv) dosh get the investment, the rest may be considered next year but at the very least are delayed or may even be abandoned for now.

If tax is hiked it will drop that project down the list. So the oil co may develop a field offshore Brazil, rather than offshore Morecambe. Clever Osborne - I don't think.

Could be a bit more than a recession, Nick. Might conceivably be a meltdown, especially if those charged with its prevention come out with guff like Bernanke did in the second week of January:

“if the liabilities on the Fed’s balance sheet were to exceed its assets, it would only be so because of rising interest rates in the context of a thriving economy.”

How? The Fed refinancing the Fed? Welcome to 2011.

Budgie - ruthless, entirely agreed, but these big (western) players are also opportunity-limited, and so not many economic, and feasible-for-them, propositions will be marginal & prone to falling off the list

in my experience they mostly either fly, or not

(also, historically, adverse economics in otherwise attractive plays have driven cost-cutting - see for example the aftermath of Piper Alpha - but that's another story)

Electro-Kevin said...
This comment has been removed by the author.
1:45 am

Anon - A bit tangential, I admit.

Nursey also lists the price of fish, if a 'what's to do with' is a prerequisite for commenting.