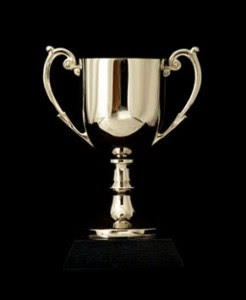 Closer than expected finish. Under pressure measured did enough to see off the challenges of Botogol, Appointmetotheboard and Mark Wadsworth.
A fully deserved win.

Many thanks to all of this seasons entrants who put themselves through theThursday evening chore of thinking like a BBC editor or a politician.
Well done to all. That's it until September.
Not for Dave though. The silly season is going to pursue him. Labour too. Breather only for Liberal democrats.

Time to rest and think about what's really important.

Nasri and Nani? That's quite a flank combination. With two of Valencia, Park, Carrick and Fletcher in the middle? Could this be another united season?

Scores for the final.

Mark Wadsworth. - Went early but had the wrong setup for this crunch game. - 2

GSD - also went early and also caught out. But Jon Gaunt predictably called for Eu referendum a few times so -2

Budgie. Close, but no cigar {as Uk is now a non smoking island.} -2

Measured. Well, I managed to cryptically see 2½ points there. minus ½ for the outrageous, unproven, slander. = 2.

Jan - Welcome. And very good. 3 + ½ for correctly guessing Dimby wouldn't manage to ask more than 4 questions. {not his fault though. This was always going to be a long panel one.} - 3 ½
{come back next season. You're a natural. Puts the other old news bloggers on here to shame.}

Hopper: Good attempt 2 News of the screws hits +½ for 4qs. No time for a lite question tonight. Actually, they don't seem to that anymore. Any questions love it. -2½.

BQ - Hah! News=2+½ for the screw and two, yes two, points for being the only one to get the trains question! {what do you mean you didn't know that rule. We've had it for ages, just it doesn't often come up} - 4½

Cityunslicker. - 2 points for the first q. Everyone was deeply moralising on it. +1 for another NOTW and ½ for 4qs =3½

appointmetotheboard: took a gamble on heavy newscorp night and it paid off. ½ for the JFK quip, 4 news of the world hits and ½ for 4 qs = 5.Brilliant.

Philipa: Even from your description you got most right. -2.5

tonight's winner is appointmetotheboard with a smashing 5.

Well, the lads trained hard but it's a game of two halves and I didn't want to go a goal down at such an early stage. Do I still go through to Europeans?

Figures. Hits form in the last match of the season..!

Thought Hugh Grant did well. Congrats - will take the summer season to work on my baldness and get a few injunctions.

A podium finish, I can't complain.

Congrats to measured -- consistently great performance with several stage wins to add to his overall success in the GC.

and thanks very much to BQ with the much bigger chore of analysing and scoring all the entries late each thursday night (I think that might take more time than people might imagine!)

Also what Botogol says, thanks for organising the competition.

I'd like to echo previous comments. Well done to Measured and thanks to all for consistently asking more interesting / funnier / insightful questions than the studio audience on a near weekly basis. And of couse, special thanks to BQ for organising this and running it.

Congrats to Measured - well won, and another vote of thanks to BQ for the late night efforts.

I need to say a few thank you’s.

First to Appointmetotheboard (I hope they do) for that stonking final flourish. Secondly to Botogol, who made me realise early on that I was a serious contender and he wasn’t. Thirdly to Mark Wadsworth who cunningly nicked my technique at one stage. Hey, Mark, if you can’t beat me, join me. Best company. It did not go amiss that Dick the Prick, whose name must be entirely correct in the literary sense, put up a very good show. Tucker, Drew, GSD and Miss S-J could have been front runners, but are evidently saving themselves for the real thing. Most of you were coming up far too strongly at the end. Tsk, you left it too late.

Huge thanks to Bill for all the work he puts in. I love his take on the panel members taking chunks out of each other. It seems unfair that he gives himself a handicap of minus ten points at the start of each series, but I know he does. He definitely needs another visit to the Palace. I understand he got a call from an officer yesterday saying that the Met had identified that phone number wrongly. (That’s saved your skin, BQ.)

To crown my glory, if BQ nominates a drinking hole in London for early one evening next week, I’ll come along. I hope you will too.

Right, off to tell everyone of my success. I best give NOTW a call.

And well played to anyone who scored above 18. Those people must be geniuses.

And thanks to BQ for a stonking quiz.

well done all and thanks to BQ. I note my score is only barely respectable using my methodology of extreme left wing BBC bia. Next season and I going to go full on for channelling Marx to guarantee wins every week

I do hope that the trend of Question Time slowly becoming 'One Question All The Time' is reversed in the next series.