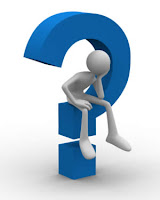 Tunbridge Wells which is a blue heartland with much lib support too. A true coalition seat?
David Dimbleby is joined in Tunbridge Wells by Ed Vaizey, Emily Thornberry, Paul Nuttall, Cristina Odone and Simon Schama.

BQ thinks..
1 - NHS. Should ministers be forced to listen to old women explaining their health problems.
2 - Syria. Now someone from the media has been killed is it time to finally mention this story on QT?
3 - Workfare. Its completely dead now, through the power of negative publicity. Will the government admit it though?
4 - Calls for tax cuts. The coalition can't be brave enough to tackle 50% rate. But could they look at N.I.?
5. Abortions. illegal or practical?
23/2/12

Eagle eyed players might have noticed that new pole position measured has had two scores all season. After careful checks it has been established that the higher score was the correct one. {Damn!}
Posted by Bill Quango MP

"1 - NHS. Should ministers be forced to listen to old women explaining their health problems."

Especially when old women are then uncovered as long term professional agitators... as was this woman

In early so I dont forget so as long as nothing amjor happend this afternoon ...

1. Syria: Should we now get incvolved to spark off WWIII
2. NHS Reforms - Hargangued ministers vs Doctors on the make with ther ghost patient lists ( yes I read the metro this morning)
3. Abortion, shurely what's wrong with later term illegal abortions ... anyone objecting must be oh so fuddy duddy
4. Tax Cut Balls vs Zero Growth Austrity Osbourne
5. Unemployment VS Workfare

- Lower taxes and damn the ratings agencies.
- Gcse standards. The ongoing insistence that education standards have risen for 22 years despite the fact that they haven't.
- Syria. is it time to send arms and use Nato warplanes? Turkey is a Nato member. right on the doorstep.
- NHS bill. Labour say its finished.Tory say its stronger than ever... Does anyone know who is correct?
- The Sunday Sun. The NOTW under a new name. Will any members of the panel admit to buying a copy?

I vote for that one.

1. Has to be Syria. Why can't the world gets its act together against a man like Assad?

2. NHS Bill. Should peers and maps with vested interests be allowed this vote? Why should just declaring them be sufficient? Wait for the poll tax analogy.

3. Should the The Sun on Sunday be dusk rather than dawn?

4. Creative and cultural whatever solutions to getting young people back to work. Give us your nutty raspberry ideas, Panel.

5. Would you stay in the eurozone if you were Greek? Germany has only postponed the problem. Costs outweigh the sauerkraut.

1. Water shortages. Why is water still not properly delivered in this country?

3. Chinese restaurant and unfair dismissal of a White Caucasian. this should make them chuckle in Tunbridge wells.

4.Gay marriage - because i can't really think of anytging.

May I observe this new wv is absolutely f***ing sh*t? "ordion iverpona" indeed

2. Is the economy on the mend?

5. Is Greece now fixed? Should Britain join the Euro?

1. NHS doctors, ghost waiting lists and the reform bill - with Cristine O on the panel, NHS must be a shoe-in issue, surely?
2. RBS losses: why are we funding state bankers when they're haemorrhaging our money?
3. Syria killing journalists, have they finally gone too far?
4. The summer drought cometh, whose fault is it? Should the North sell water to the South-East?
5. Was the fast neutrino result erroneous?... oh, who am I kidding. Greece coming out of the Euro - will they jump, or will Germany push them?

1 - what can be done about Syria?
2 - should cameron have summits with his critics as well as his supporters
3 - is britain anti-business?
4 - should we sell RBS before it gets even less valuable.
5 - should we have a minimum price for alcohol?

1. Syria and journalism
2. Somalia and Syria? We can't do both..pick one.
3. Pay freeze for low paid council workers and bonuses for RBS.
4. NHS. Something or other..old baggage ?
5. Abortion. Its a massive cost to the NHS. Should abortions be 'paid' for?

The WV- Doesn't effect the management.
But I ask Mr Unslicker to log out and then try and have a look.
It is indeed, in the words of Seb W, absolutely f***ing sh*t.

2) Tax cuts: which of the current ideas do the panel favour & are any of them likely to happen?

3) NHS reform: with yet another Body (RCPCH) wanting the bill scrapped, can it survive in any form under any health sec?

4) Will the new split boarder agency be any more effective/accountable?

5) MPs fighting at Westminster - should alcohol be banned?

After writing #5 above, I've had a brilliant idea on how to reduce the national debt: link the subsidies given for food & drink at Westminster to the deficit. Smaller the deficit, larger the subsidy. If the deficit is actually a surplus, move to bogof! ... OK, you're probably right, I can't see anyone up there voting for it either. Damn good idea though!

Workfare: are we all happy now?

Syria: should we arm the Muslim Brotherhood/Free Syrian Army/Al Quaeda now European journalists have been killed, presumably by Assad's army?

By subsidising binge drinking in Parliament are we just encouraging crime?

Greece: will the Greeks pay for us all?

Who will buy Tevez?

2. Greece. Is it safe to come out from behind the sofa now? [obviously not]

3. Workfare. When even the supermarkets think its exploitative, its got to be a bad idea...

4. Was "snobbery" really the right word to use to describe people attacking big business?

5. Bit of a punt - but what about a bit of RBS bashing over the £390m bonus pool for everyone's favourite loss making bank...

1. RBS: Will we ever get our money back?

2. Is there ever a case for choosing the sex of your baby?

3. Greece: Has it all been fixed or is it just a can-kicking exercise?

5. Schools: Is there ever a case for private sector involvement in state schools?

Can we just raise a drink to The Right Honourable Mr Eric Joyce MP for fucking nowhere now? I've been arrested loads of times but never for 20 hours - get in! Whey hey hey. I love the dude; on a stag do, it'd be my job to fix stragglers but he is so fooooooked. Anywho:

1) Syria - seriously, it has gone spiral.

3) Health - got to be. Probably about is the NHS and paliative care. Had drinks with a good buddy this afternoon and she said her Party had to chuck bodies on local health boards - it's happening.

4) Racism & or crime. David Haye, Eric Joyce, Luis Suarez, the Whant soon to be dead cunt, - Crime & punishment; why not?

Firstly sticking to my Greek guns!

1) Now that Greece is "saved" and miserable when do they go bankrupt and get happier? March 23rd?

2) Sticking with countries, Syria: Is enough enough? Are the Ruskies and Chinks happy now, when is/are someone/all of us going to stop this miserable slaughter?

3) Workfare and paid or unpaid is everyone else happy but Tesco miserable?

4) Gets tricky now.. RBS or NHS? I'll plonk for RBS as NHS has had a good run: RBS "Right Bloody Slackers" The bosses seem happy with their miserable performance! When does our money or patience run out?

5) Is it time to forget miserable austerity and happily get Keen(sic) on Tax cuts and stimulus?

such a busy day, hard to fit this in. Will collapse into bed later to watch!


Overall, a nice balanced debate for a change.

2. Should Mr Wonderful David Cameron intervene in Somyria? (Is this right? - Ed).

3. Should Mr Wonderful David Cameron intervene in the NHS?

Bonus question: Should Mr Wonderful David Cameron be put out of our misery? Or is that too good for him?

I can answer that question for the nice Mr Budgie: It is too good for him.

3. Health/NHS reform - pining for the fjords?

1 Now we have sorted Libya, surely now it is Syria especially now a UK person has died never mind the (allegedly) 1000s of Syrian nationals

should be Greece, for pity's sake - but probably not, so

1) Syria
2) 'elf n safety, should emergency services be allowed to go paddling ?
3) Workfare, incl segue to A4e: and if 'undeserved' bonuses get raised, the Centrica bonus too
4) Abortion
5) NHS, I s'pose, *yawn*

(I'd also like to ask what the panel think Adele has done to her face: but probably not that either, on balance)

What about : Syria; muslims killing muslims; why should we care? They danced in the streets on 11th September 2001, and every time an American, Brit, Christian or any other member of the normal Western civilisation is killed. Let the internecine conflict play itself out, as far as I'm concerned.

Bill Quango MP said...
This comment has been removed by the author.
11:33 pm

First question: If David Cameron wants bankers’ bonuses to be linked to success, why did he allow RBS to be paid bonuses of £785m?

{one day someone really is going to mention Dimbleby's £125,000 an hour for QT. Maybe they all have to sign an agreement first? _ Alan Hansen must be on nearly 100k an hour. And he can't even manage to do Match of the day 2.
Now I personally don't much care. you pay what you pay for a proven winner. But you can't just say Public sector arts council quango on 150k p/t - good
bank - bad.
a hospital cleaner gets only X - Why does Hester get 100 times x.

I don't know if he's worth 100 times x but the really obvious answer is the hospital cleaner can clean up a ward but is not much good at running an international bank.
Hester could do either job.

Q2 "Is it time for the UK to lead the international community in providing military assistance for the 'freedom fighters' in Syria?"
Arm the reberls. {well..they have to have a stronghold that we could get to. Thats a major port and a border with a friendly country. Do they have one?

Q3 Do unpaid work placements for unemployed 16-24yr olds help them into the work-place or are they just a modern form of slavery?
Well..I think we covered that here already. If its slavery its a very odd form of it.
Cristina Odone was excellent on this. Almost forced the audience to agree that workfare was a great idea. Not all agree.

Q4 Isn't bailing out Greece just a measure to delay the inevitable?
Yes. next.

Q: In light of the recent the arrests of journalists at the Sun, is it a good time to launch the Sun on Sunday?
Scharma - there are few things i don't give a toss about. this is one.
Great reply.

Cosmic thinks, who cares about any of these things and won't they sort themselves out if left alone anyway?

Btw I was hoping you were going to add my two scores on the leader board together. Double accounting. Perhaps Goldmans can give us advice ...and on the best exchange rate. ;-)

Quite so measured. I am very pleased with my 8....