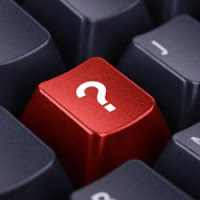 David Dimbleby is joined in Grimsby by Vince Cable,{our old friend. - Vince for Health Secretary!} Chuka Umunna,brightest of the bright of the New-Old labour front bench. Bright like an eco bulb. Takes a while to warm up to his 11w glow.} David Davis, {the last principled politician in Parliament. Principles tend to shift about a bit } Melissa Kite {Spectator journo and horse lover,} and Marina Lewycka.{A successful comic novelist who I don't recognise. Writes about the elderly too. Which may well come in handy for her tonight.}

Mr Drew opens the batting.
1) Budget, is '45%' etc the death of "we're all in it together" ?
+ lots more budget-driven drivel
2) Reaction to Muamba - is this the Best of British ?
3) Should ransoms ever be paid ?
4) Are the French shootings the beginning of some spill-over of ME into EU and wider ?

Only 4 topix as budget-drivel sprawls

-1 Granny tax - Why are tories/liberals punishing those least able to cope?
{Funny this media storm. I've been with the silver mob all morning in constituency. Not one mentioned it.no doubt it will become an issue later on.
A few weeks ago the same media were howling for the older citizens to give up their £200/£300 heating allowance.}

3.NHS - just because it always is. - Passed the hurdle an all that.

4.Maniac kills in France. Should MI5/6 be doing more to protect us here?

Agree with Nick: 4 qs only

Just for gits & shiggles (or something like that), I will make my very late (and budget-heavy) QT quiz debut:

1) NHS bill passed - is this the actual death knell of the NHS as we know it?
2) Tax breaks for business - leads to argument about big business not paying taxes in the first place.
3) 37p on smokes - not-so-stealth tax on the poorer/underclass?
4) Fabrice Muamba @ tasteless tweets - is it right that someone is arrested, jailed, & given a more punitive sentence for "offensive" tweets than for "normal crimes" like assault/GBH/etc? (See also Robin Hood Airport case).

Probably only 4 again as the Budget will dominate proceedings - expect plenty of point-scoring off VC, due to being both a former(?) corporate shill AND a current cabinet minister...

Agree with everyone about the likelihood of Budget Bloviating. Just the four:
1. Is it right that pensioners should fund tax cuts for the rich?
2. Fuel going up to 145p/litre, how can the economy recover like this?
3. Coalition angle: were the LD's right to support this budget?
4. A sport question for light relief. Did we actually pay someone to come up with that Olympic kit design?

I was tempted to go for a question about Greggs pastries going up in price, but you can carry Northern stereotypes too far.

Anything else I think of I will let you know.

Sent from my iPad

It's budget all the way tonight..

- so far the recession has hit the young hardest, isn't actually about time that grannies felt the pain?

- is fuel actually just to expensive

I have a feeling Dimbo will want to bring up the embarrassing fact that real public expenditure has actually risen from 2010-2012. This awkward fact is rather embarrassing to both sides, who prefer to talk about governement cuts and austerity, so it must be a club for Dimbo to beat someone with.

1. Has Gideon taken away Mabel’s weekly bingo card? 'Course not but who is suffering? In case this gets overlooked, I want to point out that Labour took £100bn out of pensions.

2. Aren’t we helping poor people when we pay ransoms?

3. A question for Uncle Vince’s pet interests... is taxing the rich, having a bloated public sector and attracting business mutually exclusive? Let him refer to GSK, enterprise, tax breaks, SDLT…. boring but essential.

5. Will they arrest this white man who killed (that bit is not disputed) a black boy in Florida, even if there is no evidence against him? Don’t get me going on US double standards, Obama a lawyer too.

You got home from work early Botogol? I didn't know you took the quiz so seriously. ;-)

Extra mark if someone points out what piffle Ed Balls has be waffling about this week please.

I guess it'll be mainly about the budget:

3. No child benefit for higher earners

5. Can the panel explain why electricity generation will no be a
"qualifying business activity" for EIS and VCT purposes if the company
is in receipt of FiT's or similar subsidies? This will not apply to
anaerobic digestion or hydro power, could any member of the panel
explain why HMRC distinguishes between 'good' and 'bad' subsidies?

Clearly, if you're a granny who lives in a mansion owned by an
offshore company and who drives her children to school, whose job is
running an EIS company in receipt of FiT's for a salary of over
£60,000, you're going to be pretty pissed off with all this.

- top rate chop to 45p.Vince defends his mansion tax.
- child benefit - Miss S-J loses hers, yet her brother keeps his, despite the fact he owns 8 houses and drives a Bentley. And he just got a cut to his capital gains.
Not that I'm angry or anything..fgrrr

- granny paying for millionaire bankers to get rich or similar
- road pricing. is it a good idea?
- NHS - Should the doctors now embrace the reforms?

- Rewarding the rich with 5p tax cut - but no actual mansion tax for Vince - Dimblebore to needle him over this.
- Hitting the pensioners, evil tories etc
- elderly NHS care
- french thing re immigration etc how nasty the french are, sarkozy is a tory etc etc
- Muamba - footie pointless question to end on.

Note to self -
MW +1 for top,top joke.
Measured +1 for finding the Megaman lightbulb
Jan = Miss S-J +1 from last week.

Struggling here since I am in the USA and no clue what's going on.
1. budget/old biddies
2. no mansion tax/insufficient squeezing of the rich
3. Moslem nutcase gunman France
4. Paying ransoms - justified or not?

Wasn't Chukky on the other week with Ken Clarke? All blends into one I suppose.

3) Road tolls - Humber Bridge has never made money so a bit of local angst.

andrew said...
This comment has been removed by the author.
8:03 pm

Is it right to put a streaker on the sex offenders register?

How long before Ken Livingstone is sectioned?

Half of pensioners receive enough income to reach the tax threshold. Is that enough to live on? Should they be put to work in the fields?

Has anyone noticed how stylish the Queen is looking this year?

1. The budget, which could morph into 2,3,4 and even 5? So;
Pensioners/grany tax,
Mansion tax, ('Mansion', what a larf. £2m won't get you a mansion in central London)
Is the cabinet incl Vince Cable, better off? (probably)
45p rate and child benefit - I am astonished that £40-50K earnering parents will pay more %tax than those earning over £150K. And duel household income of < £39K+£39K pays less tax than £40K? Is that right? Budget really hitting aspirational middle Britain.
Welfare cuts to come - don't get me started.
Corporation tax good so there are some things to praise.

2. But if it isn't all about the budget then Afghanistan/troop withdrawal?

3. Corruption in the ranks? Can the MOD be trusted to put all the corrupt journos and politicians against the wall come the revolution?

Ed Miliband? Who he?

Didn't want to eat them anyway.

Right, I'm so far behind its time for a hail mary. A budget special. kind of.

1. We're all in this together. Apart from the super-rich obviously.

3. Will this budget mean GSK are the first of many to invest in the UK/come home?

4. Have the Lib Dems got their "Tycoon Tax" or have the tories stitched them up (yet) again?

1. Toulouse gunman - is this a reaction to evil Thatcherism? Or was Mohammed Merah a right wing extremist?

3. Will the new massive potash discovery (outside Scarborough for the uninitiated) mean jobs in depressed Grimsby, or will evil Hull or the even eviler scum on Teeside get all the lolly?

5. NHS bill finally passes - our NHS to be dismembered by heartless, evil Thatcherist Tory-led Coalition. Can Ed-the-Red save us all in our hour of need?

2) Police ballot on right to strike.

3) should HMG have secured the release of the pirate's hostage rather than her son?

4) will PFI (or something v similar) for roads work?

1. - Granny tax. Audience annoyed but the panel seem to be on the ball about actual figures. i expect pensioners to be worse off in general.

2. Does cutting the top rate to 45p
signal the end of all in it together.

i think that went about a year ago. Umanananna talking in circles about his party policy.
Grimsby applaud his hypocracy like mad. Labour till we die.
David Davis got a small amount of claps for saying Labour were hippos.

4 - regional pay .- Ahh. good question. Does not get a proper discussion. Teacher say she needs more pay because its a lot further for her to get to Disneyland Paris and she can't nip over to Calais for some wine. What an idiot.

5. Stupid question about the Uk becoming a republic.

6 - yes six questions! Miss CD was right. - Road pricing and tolls.
It takes over an hour to get through the toll on the Nice-San Remo road at rush hour. And its a massive 20 booth toll station, fully automated with oyster type electric cards and so on.

We don't get the usual NHS question and the NHS twitterers, of which there are hundreds, are furious at this week's snub.

"WHY AREN'T WE TALKING ABOUT THE NHS BEING ANNIHILATED THIS WEEK?"

So, tonight we're going to give airtime to a drunken idiot wanting to discuss the UK becoming a republic, but no mention of the NHS
+
THE QUEEN? yeah let's definitely discuss some pie in the sky idea of a republic instead of the NHS. let's definitely do that
+
"I can't think of anything that's as good value as the Queen." I submit the NHS, your honour

unions have harnessed the tweeter for QT.

Kynon - Very warm welcome. Its too late for the trophy, but some early lap practice always pays off.
And not a bad start -3 +1 for first go = 4

Dick the Prick - 6 {chukka is always on some show, somewhere. like Owen Jones. Its a new law}

lilith - I'll give you the queen one - closest anyone was going to get to a republic q. - 7