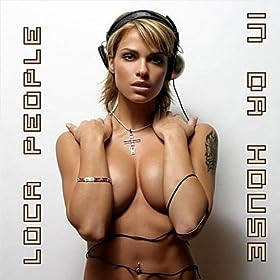 Just as Greece moves towards the the pro-bailout group in terms of election polls, the Prime Minister of Spain is today digging bigger holes for the current set of EU Eurofudge.

Things are indeed crazy for Spain, their short-term debt rates are hitting 7%. Totally unsustainable in the long-term and for Ireland this was the trigger for a bailout.

If it was not so terrible for the Spanish it would be quite funny. After all, UK rates are at 1.8%. The UK has a worse structural deficit, a higher Debt to GDP ratio and far higher personal and total indebtedness; but we have the Pound and Quantitative Easing.

Spain is not Greece, the problems in Spain are centred around a huge property bubble, the likes of which we too had in the UK. This was driven by low rates across the EU. Now Spain is suffering a massive bust which again it does not really have to. This is a disastrous situation.

Spain cannot remain in the Euro in its current form. Neither the markets nor the politicians are going to stand for this forever. What Prime Minister Rajoy is calling for today is in fact common sense. If the Euro is to survive then it must change, there must be a last guarantor and debts must be shared in some form to give the weaker Countries access to cheap funding so that they can pursue austerity policies in a less charged atmosphere.

Of course Germany does not seem to trust that austerity will be followed through if Latin countries are allowed to borrow at cheaper rates. In this case, if Germany does not trust its own currency counter-parties then someone has to leave the party. As I have said before, it will be better for everyone if that is Germany, but somehow I doubt it will turn out this way.

Greece is a sideshow, as Greece itself sinned many times and deserves little sympathy for its own mess. Spain is different, Spain is a victim of the Euro - how Spain is treated will determine the fate of the Euro.
Posted by CityUnslicker

However, the problems elsewhere seem to be exporting property bubbles into London. Given the distortions that could arise this is likely to turn nasty

I think that central london is a different country in some ways and it is not so much that london is in an exported property bubble as the rest of the country is distorted by London.
Perhaps it would be better id London seceeded rather than Scotland ?

Spain can't leave.
And it can't stay in as it is.

Whatever financial alchemy the ECB is thinking about it better hurry up.

I wonner if 'er pasties are warm to the touch or coolin' down m'dear.

This spineless gov't could organise a pie-fest in a pasty shop! What's next "let them eat foie gras?"

Spain is no more the innocent victim than Ireland.

They loved it when they had years of boom, but thought wrongly that it would continue.

Anon: "Perhaps it would be better id London seceeded rather than Scotland ?"


I think the CoL has an autonomous status, has done since the conquest.

It's basically Monaco, but without the publicity.

to be every paid for. These properties are often new build so remain on the books of the builder or bank which does not benefit from this in the way that an owner/occupier does.

Spain is in a far worse place than Britain.

What I meant to say is that the Spanish property boom was based on building houses way, way beyond the real demand, marking to model basing the whole thing on low interest Euro loans and speculative property investment. In the end builders and banks took on way too much risk and are now being punished for it. This is quite different to the UK property boom where the buildings are mostly pre-owned and paid for using mortgages most of which are 50% paid off and relatively low risk, even more so given that 2/3rds of UK housing is now owned outright by the occupants.

Basically Spain is a nation rich only in debt, whereas Britain is actually quite rich. We just waste our money on stupid nonsense.

I would point out that the tensions in the EZ have happened only ten years after the currency started. If one party were to leave this would not mean that the currency zone would then become stable. It would just mean that in another 10 years we would get further divergence sufficient to cause another party to leave the zone. All we are seeing now is the inevitable strains caused by economic divergence in a single unified currency zone.

Note further that it doesn't matter if you moved to being one single nation. UK PLC is a nation with a unified currency. Sunderland struggles to compete with London in the Sterling zone. We deal with these issues partly by wealth re-distribution and partly by encouraging people to move towards the south, where the wealth is accumulating. Move to a USofE model and you will end up with mega-conurbations like you have in the USA and as London is becoming now, with vast areas of poverty in between.

Are you sure Anon?

Some years ago gold was the most widely used currency.
Yet the world was not in economic paralysis.

I don't see how Sunderland would be better of with their own currency?
All that would happen (if we assume they are less productive) is their exchange rate would plummet and they wouldn't be able to afford the foreign consumer goods as easily. So they would have to live a more frugal life style.
How does that make them better off than they are now?