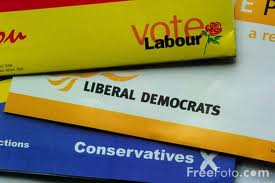 hard to tell from the really poor updated BBC Question Time website,
But this might be the final!
Lets say it is
No draws today. All battles to the death. Penalty shoot out decided on 'most amusing' entries.
David Dimbleby chairs Question Time from Derby. Panelists include energy and climate change secretary Ed {new Huhne} Davey MP,- I met him the other day - nice bloke. Ed, not Chris.} former home secretary Alan {2+2 is 9} Johnson MP, Conservative MP Louise 'ego' Mensch, Sunday Times and Independent columnist Dominic {my dad wouldn't have taxed pasties} Lawson, and , in what can only be a hacking of the BBC website, John Lydon, former lead singer of the Sex Pistols and founder of the band Public Image Ltd.
Standings
appointmetotheboard - 14

1. How can it be right to reward "Call me Bob" with 20 million smackers when his bank is stuffed with criminals? What should we do to the other banks that haven't come forward - re-open Tyburn?
2. Is the new Shard a symbol of London excess?
3. RAF crashes: are we asking our armed forces to do too much with too little?
4. BoE pumping in another 50bn of QE - what about the pensioners? [The BofE folks don't care, they're fully invested in gilts...]
5. Debit card fees - were airlines taking the piss? (and later serving it up as coffee in-flight?)

I debated a Higgs Boson question, but can't see it really. Would be worth it to see John Lydon debating gluon-boson interactions with Louise Mensch.

1. Sideshow Bob Diamond and judge-led vs whatever the other one is. Parliamentary, I knew that. Anyway, parliamentary won. Audience boo-hiss time.

2. Cuts to armed forces makes UK have the smallest UK manpower military since 'Napoleonic era' says Times'.. Mind you the army and navy was bloody massive in Napoleonic times. It was a decade long world war after all.

3. The QE XXIV sets saail. And God help all who bail in her.
C@W wrote, what seems like a century ago, that once governments start on QE, they can never quite bring themselves to stop. Hello Japan, Goodbye Europe.

4.Close down hospitals? What a nasty party.

5. France taxes second homes owners. - probably not much of a question in derby. -Instead try Spanish airport taxes. What happened to EU free trade/open markets ideal?
Lets tax foreign lorries. £170 at the port.

John Lydon? Aces. Though he might be a bit less punk these days - I understand he was very excited about the Jubilee...

1. With the Barclays Libor scandal, the GSK $3bn fraud fine and Toshiba's £56m price fixing fine, isn't it time for a fundamental inquiry into capitalism as a whole?

2. Is the best thing about the Shard that you can't see the poor from the £50m penthouse?

3. Armed forces. What shall will call them now they really aren't armed, or forces..?

4. Should Derby get a "city deal", or doesn't it really matter?

5. Wind farm subsidies. What with HS2, is it a bit much to expect tory tax payers to put up with wind farms in the countryside too?

Good luck everyone - though not too much, obviously :)

1) Can you believe it's not butter?

2) Has Louise over done it a bit with the old botox?

3) Should e-cigs be banned due to crafty tokes causing heart attacks in coach drivers?

5) When will Chloe Smith ever be on telly again?

1. Is the UK going to lose its triple A rating as a result of this? What went on? Hush, hush.
2. Bankers, bankers, wa… New lyrics for Lydon Something about money and envy.
3. Should we have animals in the opening ceremony? Danny Boyle has given his word that they will come to no harm but if South Korea is going to hunt whales, perhaps others might eat the animals that show up at the Olympics. Not if they are full of steroids though. Ugh.
4. Would you prefer an army which will still have old Tornados, or the knowledge you have loads of Higgs Bosons inside you?
5. Will £50bn and new city powers make any difference? RR for Derby, but doom and gloom for most.

I hope you have bounced back Miss CD and come to the rescue of BQ.

With Diamond gone, if you bring this one home, you might get appointed to board, amtb. [Christian names all round]

Blimey, Labour was rotten to the core rigging Libor with a nod and a wink, but all in the name of good, GB would say. That doesn’t justify it. He really wasn’t the sharpest pencil.

I was amused this week about the protests that the missiles might end up with shrapnel raining down on East London. Er, why would they have been fired in the first place?

Btw have they told Chloe that Bob has resigned?

1. Bank rate fix - Labour to blame for a nod and a wink? Or Tory incompetence?

4. starving children the streets are awash with urchins begging for bowls of gruel from Mr Bumble {aka Cameron} "Please sir can we have some more benefits. We're skint."

Has anyone seen these emaciated kids? And why can't they afford breakfast?

Cut out 1 pack of fags and that's a weeks breakfast. There's even enough pennies left over for toast, but possibly not jam.

5. Cuts to the army. So long and thanks for all the fighting.

1. Thatcher fixes Libor!! Shock!! Blames it on Labour!!!! Horror!! Diamond just a bystander!!! Gordon Brown not even there!! Balls innocent!!! Mervyn out to lunch!!! This is what happens when you elect a Tory-led coalition! Replace the electorate and £30M golden goodbyes all round!!

2. Army disappears round the bend in the one truck it has left. RAF crashes the last two of its aircraft. Cheaper TA to pick up the pieces - 'bring your own kit'. Cameron spends more than Labour but cuts back services - what a stroke of genius!

3. Should you step over a homeless bipedal entity lying on the floor, or walk on top of it? Should it depend on what type of shoes you are wearing?

4. Japan's nuclear meltdown armageddon shock!! It's those incompetent Nips, not like us true phlegmatic, rule-ignoring Brits what's to blame. Although it could have been Thatcher - if she hadn't decimated - literally wiped out - the miners then the Nips could have used coal instead of evil Nuclear.

Hmm, being funny, witty(possible) and err sometimes original is usually spontaneous, I don't plan it, it just happens! Planning to be funny well... KISS principle applies:

There once [1 geddit!] was a fighting force of Britain's,
It had lots of Spitfire's a spittin'
but now we are skint, and they won't take the hint,
the forces are all up for splitting!

There twice was a firing at a bank,
for losing money, we should have spent on a tank.
Barclays it takes, to be on the make,
with a boss that was not worth a w**k :)

There anagram of Three :) now is a socialist in France,
wanting to tax British owners double,
that's not really funny, and will lead to trouble,
'coz we really went there just to dance!

There were four(dozen?) police cars in Warwickshire,
that chased a coach, for hire,
When the smoke was not real, they began to feel,
That the e-cig was never on fire!

There are five rings on the symbol,
sent to London, to cause us all hell,
are they lucky in Derby, London being so far,
that they won't queue for hours and grumble!

The last one won't score any points but I couldn't resist the five rings :)

My vote for funniest so far: @Hopper: "I debated a Higgs Boson question, but can't see it really." :) :)

1. Cuts to Armed forces, Britain has to project military power, a force for good, what are the Tories playing aT?

2. Bob Diamond, either he knew and was lying, he didn't know and is incompetent or his bank is simply too big to manage, why don't we break up the banks?

4. How will the police cope with the Olympics if they are going to get into a total flap over an e-cig on a bus and shut down the M6 for half a day? Should e-cigs be banned as they are a gateway drug to normal smoking?

5. Are the Tories right to have a HB cap which means ethnic cleansing and sending London jobless off to Yorkshire? If that doesn't persuade them to look for work, I don't know what will? How about some hand outs to keep hard pressed homeowners in their homes? Mr Lydon, you're a multi-millionaire property developer, by how much has QE and all this nonsense benefitted you?

Whoever draws me will win on funny, I am knackered & not at all amusing

1) Army cuts
2) Plastic bags, should they always be charged for ?
3) Diamond Bob & his £££ & the prison-cell we have reserved for him
4) Higgs boson - it's a weighty enough subject, no ? (hey listen, I'm tired)
5) Should there be goal-line technology in soccer (ans: yes indeedy, and once again the French and German paternalists are WRONG and the Anglo-Saxons capitalists are RIGHT)

Too tired to even try and win.

+ Banks Libor Diamond
+ MOD cuts
+ Starving kids have no frosties, government falls
+ Shard? A bubble from a previous decade? Or a place for tax fleeing French millionaires to chill?
+ Bomber memorial demeans Britain or respects heroes, depending on your viewpoint.

Lets hope it does. mensch says she wants arrests and justice. - Must have read your posts Nick.
Johnny is being rotten to everyone.
My flatmate looked just like Mr rotten. It was a gift and a curse for him.

Q3: The Home Secretary is planning changes to the "citizenship test". What question would you like to see included?

Q4. Is it time to stop fighting the war on drugs?

Its not much of a war. Rehabilitation comes again and again. Johnny Rotten says "I don't want my drugs taxed", quite witty.

Q: Does the panel think that Ian Brady should be allowed to die or be kept alive at the public expense?
Odd question for the grand finale? Bit of a Shard display ending.

I thought John Lydon was good value. What a blessing to see an arty type not just spew out Labour shite and actually express some intersting opionions.

His answer to the last question - "because we don't practice cruelty" was quite profound...

Scores - Top vs next top from the current leaderboard.

Congratulations to
Appointmetotheboard who has won the European champions Question Time compo. A Spanish performance over Italian rivals.

And congrats to all who stuck it out to the death.

Thanks. I'm the Andy Murray of the BQ QT Q.