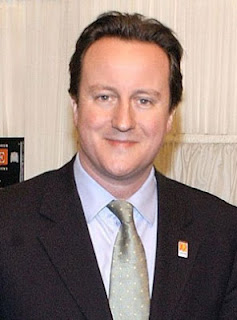 Previously we speculated on the most hypothetical of unlikely reshuffles. What needed to be done.
Osborne out. Cable out. May out. there was as much chance of that happening as there is of anyone ever saying 'I agree with nick' in a leader's debate, ever again.
It was a pastime activity. hope over reality.

However, in some subtle and clever ways, Cameron really has had a reshuffle worth having.

Ken Clarke has come away from Justice, where he was annoying the right wing media, and has a roving, unspecified brief.  Basically he's to help out at the Treasury. Help point out the carrots in any future pasty style taxes and such. And no doubt he'll be popping up on Newsnight to explain the government's position and expand on its ideas. He's not afraid of Paxo and he doesn't come across as an evasive lying politician.

A good move from Dave. Two birds- one stone. And Chris Grayling, who is a fairly competent performer had gone to make justice a little bit harsher for the Mail.

Jeremy Hunt we had pegged to leave meeja and sport. And he has. But instead of disappearing, he's got a big promotion. He's the new Health secretary. Wow!
We knew Lansley was toast, and had hoped that Vince Cable could be moved from being the anti-business secretary to the 'saviour of the NHS.'

Well, Cameron didn't fancy that. Or maybe Clegg intervened to keep Cable away. Whatever..Lansley has gone {big tick right there. He's been a PR disaster,} And Hunt has taken over. It was bold of Dave to not give a stuff what the assorted Leveson Liberal media would make of Murdoch's poodle getting a bigger role in government.
Hunt is a Murdoch man. So at least the red tops coverage of the {watered down?} health reforms will get good coverage.

David laws finally limps back into government but at education. He was the Lib Dem education shadow for years and has a good grasp. He's  joining the ablest minister, Michael Gove, and will possibly allow one of the few areas of real government success, education, to proceed even faster.
He also tips out the useless Sarah Teather,which is a bonus.
Really, like Clarke, Laws is on a multi brief. he will advise the treasury as much as the schools. He 's back to help Clegg too. Possibly just in time. Shame that the PM and deputy weren't strong enough to oust Cable from business. But Cable has been on maneuvers and his power base is growing, so he must, regrettably, stay.

C@W also wrote { Sayeeda Warsi, Caroline Spelman, Cheryl Gillan, Theresa May} will be very lucky to keep their jobs in a reshuffle. And if they do will only be because it would bring up the misogynist Dave tag again if he knifed all his babes.


Three of the four weren't lucky. Another brave decision. Axing female MPs when he had already been accused of not respecting women took some courage.

{Telegraph are already running a story about male dominated cabinet}

Theresa may survived. A Cameroon favourite I suppose she's done OK.  Not good. But not really bad. She's better than Jacqui Smith. {to damn with praise so faint its almost transparent}.

So overall, a pretty fair stab. The deckchairs have been rearranged. Now its time to steer the ship.

PS
Justine Greening, a Bill Quango hot tip for promotion, got chopped.
In the comments of that link you'll see regular commenter MEASURED spotted the reason why she's been pushed out to the non job of international development.


measured said...
Did anyone consider that Justine Greening, Secretary of State for Transport whose constituency is Putney, might have vested interests when it comes to a third runway at Heathrow?

Doh. Nimby, yet far more important to the future of the UK than HS2.

Stick to the gee-gees, Bill.

It's a real non-change. Sacking Osborne for Clarke would have been sensible.

We are in a dramatic state as a Coutnry and Cameron is staring at the headlights.

I think a lot of right-wingers have been promoted to their hands are dipped in the blood for the horrific 2015 election result.

It's a real non-change. Sacking Osborne for Clarke would have been sensible.

We are in a dramatic state as a Coutnry and Cameron is staring at the headlights.

I think a lot of right-wingers have been promoted to their hands are dipped in the blood for the horrific 2015 election result.

In '..some subtle and clever ways, Cameron really has had a reshuffle worth having.'

Your perceptive judgment notes this; we have now some powerful and clever ministers no longer tied to particular departments, and multi-tasked to deliver government policy. Policy choices, furthermore, that are released from the manifesto strait-jacket by the amount of time since we voted, and by the necessary compromises caused by events.

So far it's clear educational reform is ongoing and determined; Trident and nuclear defence policy is under review; entitlements policy is not fully implemented but probably there won't be fresh tightening of limits but efficient implementation of what's already in place; health is to be re-packaged and sold better but no going back; and the social democratic tendency is to be contained and restrained from its growth-damaging interference in economic activity.

I was frankly stunned that Hunt got a promotion rather than the expected kick in the seat of the pants? What does he hold over Cameron?

Grayling? the man who compared moss side to the Wire. i suspect that wazzoc will come unstuck when the small matters of the laws of the land and due process raise their heads.

Can someone tell me why Laws isn't facing charges for fraud? He's been utterly discredited! No wonder the LDs have not mentioned any Recall law.

Hatfield girl raises some interesting points. Do manifesto pledges really disappear after 2 and a bit years? some of the new cabinet members are going to be performing some uncomfortable volte-faces (Transport for example).
Education may be ongoing but shouldnt we question the free schools as a vanity project? Some remarkable sums of money are being found for these, while existing schools are told the cupboard is bare? What about the shameful shifting of GCSE goalposts during an exam cycle? Could be my ignorance, but could that not have waited for a fresh intake?

I think the economy is stuffed anyway.

Get Ken Clarke away from law and order. We can handle hardship but not accompanied with the breakdown in law and order his policies are likely to bring.

Prolly too late on that too.

(Haven't I been saying this for years ?)

Thanks for the mention, BQ.

Sorry I haven't been around much this summer. 6 countries in 8 weeks. The US has it so good. In 100 years time you will be grateful if you are an American. Underpopulated and full of resources.

It is a shame you weren't made a minister in this round, BQ. Time is running out. Jeremy Hunt created a space. You could have speeded up the return of BBCQT.

"And no doubt he'll be popping up on Newsnight to explain the government's position and expand on its ideas."

Talking to Paxman, THAT is good value for money, then!

And Ken waddles around smirking at us stupid tax payers for putting up with him, the smug c**t!