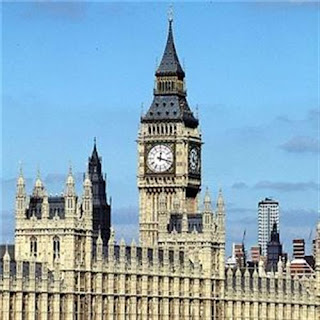 With Grant Shapps,big majority Tory seat holder. Cameron's backer and future big hitter. Caroline Flint, Why do I dislike her so? There's plenty of other incompetents in government. Shadow Energy and climate change..Yes, there is a shadow climate change minister. the science is settled, buried and concreted over with a windmill, rainbow energy, subsidised field of dream planted on top for all our bio fuel needs. Simon Hughes, unsuccessful London mayor candidate and unsuccessful Libby leadership candidate. never mind. Third time lucky. Clegg hasn't long left. Benjamin Zephaniah Jamaican Street poet, which since evil Gove decided on school reforms is no longer on the curriculum. And Cristina Odone.Well traveled across the political spectrum journalist. Can be good.

Enter your guess for what you believe the entirely balanced and impartial regional audience will ask of the panel. maximum of 5 guesses allowed. Various special rules apply that are hidden in the terms and conditions even more cunningly than on your mortgage application.
BQ predicts.
1. We're all still in together. but Cameron's leadership seems secure for a bit longer.
2. GCSE resits. That's not what the unions wanted. Or the parents. Or the kids.
3. BAE merger. Now what are we going to do?
4. Abu Qatada - Last time for him, ending a show running longer than the mousetrap.
5. Lowering the voting age. Will it help? 18-20s are already the least likely to vote.

1. Should Jimmy Savile be stripped of his knighthood? (trick question, it lapsed when he died).

2. The Harry Ramsden's-EADS merger. Are we glad that we didn;t lose control of our strategic sifh'n'chips industry to the Germans/French?

3. Has Cameron seen off his critics for now?

4. Abortion clinic in N Ireland. Would you be brave enough to work there? You'd get every f-ing nutcase under the sun trying to blow you up. Maybe segue into what Jeremy Hunt said.

5. That former Archbishop fellow saying that Nazi's were like homosexuals who wanted to get married or something.

1. Massive Jimmy Saville question and apologia fest...again. After all it was last weeks show that kicked things off at a more intense level. Ask concerned middle-aged mum.

3. Under 16 voting - this is good fo lefties and so good for the country. Linked to scottisch referendum thingy, some nice you schoolgirl picked to ask this.

4. Schools and GCSE's - How Tories are planning to ruin your children, why they must be stopped, by A. Teacher.

1/ First it was Sir Jimmy. But John Peel married a 15 year old in Texas and is still a secular saint. Any rockstar of the 60s and 70s might have groped underage girls...is Mr Blobby being called in for questioning?

2/ Did the DfT really lose their homework on the railway bid?

3/ Why are we still building windmills when we decided they were too unreliable to grind corn 200 years ago?

I too believe a Sir Jimmy of Savile question will be asked coupled with a fair amount of drivellous hand wringing.

5) Tory conference and a nice bit of Tory bashing (although Grant Shapps is so weak it seems a little rude).

1. Why does celebrity status protect kiddy fiddlers?
2. How can you trust a government that loses its working down the back of the sofa?
3. Abu Hamza has finally gone - why did it take so long and cost so much instead of just telling him to sling his hook?
4. Facebook tax avoidance - pay their fair share
5. Lots of people being jailed for offensive speech, what happened to "disagree with what you say but defend to the death your right to say it"?

Psst. Not a word to the memsahib. I know it's wrong, but I quite fancy Caroline Flint. She looks like a dirty girl to me.

1 Jimmy Saville - cover up and who else, who knew what ? (it'll be Wogans' sordid secrets next (?)ok that last bit wont be in the question)

2. BAE/EDS fiasco - can we compete on the world stage ( and why did Cameron back it)

3. Cameron Speech - did he repel the Red Ed boarders? or is he still an out oftouch toff

4. A lets go o war with Syria question - and are the turk right to force civiian airliners down in their airspace?

5. Should we be feeding toddlers whisky at restaurants? and not why not

I wonder if they'll have the bottle to field a question about a referendum on in/out of the EU?
Mr Savile question is almost inevitable.
Surely, they'll raise a question that includes a paean to Mr Milliband and/or the labour party.
Then there's the will Boris Johnson soon be the new Conservative Party leader question.
And to make it 5, the BAE/EADS commingling collapse with the slant that it will make our nation weaker because we all know that it's inevitable we will be assimilated, just like the Borg, into the EU empire to provide the fighting muscle to enforce their world-view on us plebs.

2. GCSE fiasco. What is it about this coalition and incredible media and people handling incompetence?

3. Turkey and Syria. Even QT must recognise this conflict in a far away place of which we know nothing might kick off and make our fuel bills treble.

4. Dave Cameron. Man of the hour. Speech about pragmatism instead of all that one nation blabber.

5. Boris. Is Cameron better to bring him in or have a rival power base building from without?

1. Makes my skin crawl….. Jimmy Savile…. what can be done about it? He incontrovertibly overstepped the mark. They can’t strip the ‘Sir’ because a knight is only a knight while one is alive. Laughable. JS may not be able to defend himself, but what defence could withstand all the evidence? Now then.

2. Bleak House, no, not Abu Hamza’s wife’s £1m council house (well, it could be) more, what in the Dickens’ is the government doing?

3. Food prices to rise, gas prices rocketing and a £10bn cut in benefits, poor sunbathing Greeks and separatist Spaniards. I was shocked to learn this week that 70% of benefits go to women. That raises a few questions. Jobs for women?

4. Banged up for four/eight months for what is printed on a t-shirt!? Circumstances, mate and your previous. Still, a freedom of speech bandwagon needs to be heard..

5. Wouldn’t it have been more cost effective for the Turks to have shot that plane out of the skies? Do any of us realise the enormity of what is brewing out there?

BQ, may I make a request for help? If any of you belong to the Reform Club, would you consider seconding me to become a member? I don’t know who I know who is a member, so it is difficult for me to proceed any further.

1. Jimmy Savile? Is he spelled with one L or two? And what is it with 1970s light entertainers - Glitter, King, Savile etc?

2. Cameron has he shown a way out of the mire? Or is Boris the future of Conservatism.

3. Abu Qatada - why is it spelled with a Q but pronounced K?

5. Is the panel glad that the proposed merger between harry Ramsden's and EADS was cancelled? Do we really want the Franco-Germans controlling out vital fish'n'chip industry? Not that we have any fish any more because of them there bloody Spaniards, EU etc.

1. How would the BBC deal with a complaint from a 14 year old that s/he'd been groped by,let's say, Andrew Marr or Stephen Fry? How would it be different to how they responded to Jimmy Savill's activities.

2. Should the bloke (banged up for 8 months for advertising his unpleasant opinions on a t-shirt) have got an indeterminate sentence?

3. Unaffordable housing, do we need more of it?

4. Is Cameron the new Miliband and Boris the new Brown?

5. Should all kids be given an A* at birth and be done with it?

rider to question 2. above:
how is the Daily Mail able to print pictures of his shirt without breaking the law?

1) Jimmy *spits* Saville
2) and another bounder: Lance *spits*Armstrong - am I really the first to spot this? double points?
3) Scottish independence referendum (ditto)
4) BAe
5) end of Spain as a proud country

2. Jimmy Saville - another vile consequence of Fatcha's decimation of British industry. Sir James was our only export. Should he be re-named Sir James Groper Esq?

3. Benefits cuts: Fatcha to blame - she unleashed vampire bankers shock horror and the poor will pay for her greed. Restore the 60p tax rate ...... now!!!

4. Syria spy plane: is Turkey to blame or Fatcha? Why won't Cameron start a war in Syria?

1) Saville, probably fixed as the first question. Two faced twat or what? Hell, it'll turn out he was "ill".

2) Take the exams again![and again?] - everyone must have a good mark, can't have people thinking they are only good enough to be high cash earning plumbers can we?

3) Gas prices - Rip off merchants put up the prices again just before winter again! - do they think we didn't get a* at school?

4) Beardy Wins! Beardy was right! We need more multi-billionaire beardies to stand up for us. Talking of which...

Caroline Flint, Why do I dislike her so?

Retired to bed injured at 8pm so didn't see it. Was it any good. looked a poor lineup to be a classic.

This is from BBCQT# question line.
Looks like just 4 questions and a Jimmy Saville heavy episode.

1st Q: Is the BBC's distinguished reputation about to be blown away by the Jimmy Savile debacle?

Q2: Should @MayorofLondon challenge @David_Cameron for the leadership of the Tory Party?

Q3: Is George Osborne discriminating against the under 25s with his proposal to remove housing benefits?

Q4:Shouldn’t the abortion limit be a matter for the morality of individual women and not Jeremy Hunt?

Graeme - 3 {what is the mistresses news? I wasn't aware? I'd like to share one colleagues particularly fruity Latvian 'researcher'.}

Hopper -3 {and that free speech question really does need to be asked. I used to have an Adolf Hitler world tour T/shirt, ffs.}

Measured: Haven't been to the reform club since Major was PM. Chap I knew there is dead now. Sorry.
-3 {Jimmy Saville. Seems I'm on the wrong pulse. I thought the story was fading, as he's gone for ever. Its getting bigger!}

Mark Wadsworth - 5 {was the fish chain merging with the energy giant? I think the FT must have got it wrong.
Job cuts heading their way. both of them.}

Lilith - 7 {give all kids a degree. We were heading that way. No joke but our local college had 'Australian cake decoration' as a course. That'll come in handy if you ever land a job as a patisserie chef on a daytime television cooking show on one of the major Aussie networks.}

ND - 3 {QT not ready for the Spanish bailout yet. Nor is Spain. Must get the regional elections out of the way first.}

Budgie - 5 . Quite seriously on some blogs there is a video of mrs Thatcher and Jimmy Saville. There is a clear inference being made..she put him up to it.

JH - that's the reason. 5 good ones. Oh..and she once said she had no idea what was in the Lisbon treaty she was defending.. Even though she was the Europe minister...even i would have had the sense to lie and say 'I've read it and it was very complex.' -2

Winners were Lilith And Dick who get to decide which actual citizen of the EU gets to put the nobel peace prize on top of their telly.
{can't really do that anymore can you, with flat screen TVs. Where do trophies go now? On the window sill? On thoses odd shaped designer shelfs that look like cubes? On top of the Xbox? - that can be part 2 of the question. Where do trophies and minor awards go in the modern home}

That's so difficult. What about giving it to Chantelle Houghton?

More importantly where does she keep it?