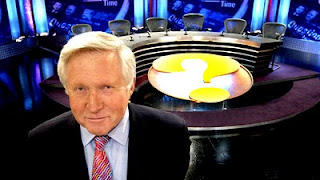 Austerity budget cuts lead to a more creative use of resources. I've noticed this quite a bit. Its something private companies do all the time. Shuffle resources. Look for ways of reducing costs. Doubling up workloads. Its so common place it goes unremarked.

Yet in the public sector, its only when the budget hits the buffers that suddenly there is a necessary scramble for savings. departments are closed and managers oversee recycling and waste instead of individual ones for wheelie bins or bio-bags. Suddenly, now that all the public toilets in the land have been closed, its occurred to someone that they don't need to manage them at all. That they could have given the buildings away to a contractor. Or paid existing private business, pubs, restaurants, coffee shops, to allow non users access to their facilities. Seeing as that already happens those businesses might have been willing to take a small payment to put up a sign ?

Some are so obvious and so sensible it seems incredible that no one has though of them before.
Police stations in London are to shut. Not the holding cells and processing but the counter where someone sits waiting for a member of the public to rush in.
Closing these outposts is seen as an end to policing. Angry campaigners are condemning Mayor Boris for cuts during a recession.  Yet these buildings aren't really used. If someone sees a car crash they don't go to the police station. They phone 999. Because they have a phone. And that's the obvious way to report a crime. Same if they see a dodgy individual climbing on a roof with a bag marked swag.

I think the last time I went to police station was in the late 80s. Some sort of driving documents producing requirement. Since those days the police now come to you. Call them up and days or weeks later someone comes round. Or gives you a crime number because they can't really do anything about your stolen bicycle/phone/wallet.
There is no real need to have a dedicated access point.

Fire stations closing. Many, many of them. There is now, belatedly, and without enthusiasm from the various unions,  a move to integrate ambulance/fire/police in one purpose built emergency centre. One emergency response call operator. One set of buildings insurance, power, light, heat etc. Makes sense. And maybe the tow trucks and gritters can rent a portion of the space?
Doctor's surgery to have a social centre. Or a DWP point for information and guidance.

District councils looking at sharing services across the arbitrary county boundary.Cleaning contracts for say "The west" rather than Devon East.

Libraries that are also {again- is there really this much crime?} police posts and local information centres and possibly the MPs surgeries. Or libraries on school premises ? A different access door, but utilising the land? Or, the dissapearence of citizens advice. get into the libraries?

The DWP benefits office could be attached to the council offices.The army could share UK bases with the RAF. Joint kitchens and shared land, vehicles, stores and..ok ..ok, lets not get carried away.
But in future?

Its even dawning on the super bureaucracies that maybe some cross platforming is going to be required.

BBC One's Question Time is also to be broadcast on BBC Radio 5 live.
The weekly discussion programme, chaired by David Dimbleby, will be preceded by extra discussion of the issues making news, starting at 22:00.
The network is putting an "increased emphasis on its news and political output".

Or, a cheap way to fill a time slot with a program that you've already paid to make.

PS. There is no QT this week.

Agreed. And maybe an argument for doing a bit of cutting, then a bit the next year, then a bit after that is that the first stage might not cut much but gets the minister or senior management to realise that they can make savings without the sky falling in. That must give them some confidence when the next slice comes off the budget.

Humans have an amazing capacity to just get on with it.

From my perspective some of the things that we got up to during the "boom" seem absurd now. I remember solicitors taking us out for champagne even though they knew perfectly well we would never send them any work, we expected 5% minimum pay rises every year. Etc.

My guess is that Bimbledy wears a mauve tie when he is off air.

ps I always preferred any questions on r4

Looks like Somerset and Devon trading standards will merge, nothing new here, LA's in West Yorkshire did it over a decade ago. North Tyneside TS is now run by Capita on a 10 year contract, that is a new one.

Up here in Scotland the regional police authorities are all merging into one Scottish one. There's a government report suggesting Scottish TS should do the same, exactly the same conclusion as another report published 10 years ago. The thing is the LA managers have too much to lose, so they'll only go down fighting.

For all the bleating about about losing hundreds of posts in TS, we've just advertised a non weights and measures or food one one on 25.8 to 29.5k and failed to recruit anyone.

Whatever you call it the closing of public toilets is not progress. It is uncivilised and yet another mark of a society in decline and a reminder that Britain isn't as it once was. The last thing to be cut is the executive salaries and diversity co-ordinators. Public toilets and street cleaning must go before those do.

You also misunderstand what police stations were. Essentially they were bases with a front offices attached. I used to do my stint as office PC and then the role was taken by 'civilians' on 2/3 pay. Crime reports were given REAL attention. Again this is a retrograde step and standards have slipped - not anything to be pleased about.

We may be able to take a McShit but no-one has announced that this is our council-tax-funded right yet and I'd prefer to see McDonalds fined appropriately for litter - perhaps to the sum of a public toilet.

That way either we keep our public toilets or the streets are kept clean - either would be more civilised than what's on offer.

We used to go out to take crime reports too - this is nothing new.

My role as office PC was to:

- Take reports
- Broadcast incidents by the office radio
- Man the gun safe
- Take wheel clamp/removal fines
- Lost property
- Alert senior officers if anything came up
- Take a bullet on behalf of the Ch Super from the IRA ... (Our station was a known target - near Old Bailey at times of trials)

The number of buildings public organisations take up always strikes me as wasteful eg local authorities and MOD with all their bases. It's all historic but could be usefully re-jigged.

Here in Wiltshire we now have a county-wide authority whereas there were 4 district authorities plus teh county council. I moved here from Wales and was astounded it only changed last year. Local authorities were re-organised in Wales many years ago. (I think it was when John Redwood was there so pre devolution)

Universities give their lecturing staff individual offices which must also be very expensive. I could go on....I suppose there are too many howls of protest whenever someone wants to change things.

Quite so Jan. I was at neighboring South Somerset DC yesterday, about the ongoing saga of public toilets.

And they had a blanket shut down proposal {big savings - even the tiniest rural boghole take some £15-20k a year to operate.}.

Now , with the EK style outcry of the end of civilisation , which, to be fair, does have much merit, as WHAT IS THE COUNCIL FOR! never seems to be addressed. They say are for social provision, planning, regeneration, management, response, education, public transport and community and green energy. . We say - Balls- Just empty the bins and fix the potholes!

However back to the urinals, now they want tosell off the closed buildings, which they have to pay maintenance for anyway, to private companies or local parish councils or even volunteer individuals.

Cuts are making councils be a bit more savvy. I moaned at my councillor because there was an empty school building on prime development land that was costing £500,000 a year to maintain, unused. I suggested selling it to developers for much-needed housing.

Five years later that is exactly what they are doing, and their electoral strategy is now not "aaargh the government is cutting our budget!" but "ooh look we've kept council tax the same for four years".

A PR high flyer girlfriend had me attend a schools meeting once to comment on her presentation.

All the schools said was 'we don't have the budget. In April the budget will be , maybe X so, maybe ..X can be used for .." on and on.

They had brought in private sector for advice but couldn't break the public sector mentality of sitting with hand out and moaning if the pot wasn't enough.

That was in the early 90s. Schools I've been to since have completely different heads now. Much more flexible. Much better at fundraising and engagement and badgering the local community and big multiples to do X and Y. Even getting all the schools vouchers in from everyone, whether parents or not. Its so much more proactive and very refreshing.

Whether this is in all schools or just the ones I've been too I couldn't say. But the ones I go to are certainly much better than the depressing, static souls I saw back yesteryear.
Must be a different mindset and different teacher training.

Why not the go the whole hog with delayering local government?

Seemed to work pretty well back in the 1940s when we were nationalising health and other locally provided services.

Is it me or are other people odd? Even dozy Tory tribalists have now begun to realise Cameron has not cut back the deficit sufficiently. The result? Strangely self proclaimed libertarians and those on the traditional "right", who you would expect to be sensible about this, have instead been clamouring for new and more taxation. Huh??!?

Now BQ seems to be trying to create a new fashion to cut public services. I think the Tories should try something else instead: cut the management, managerialism and bureaucracy, not the services. An example is the relative size of the UK MoD equipment procurement function and that of the Israelis - about 23000 people versus 480 people. This isn't plain old inefficiency, it's madness.

And cutting search and rescue by 50%?

Once sold some kit to Misrad HaBitahon - small beer really - but they paid the some invoice twice. Being honest, and hoping for more business, I told them so they could get their money back.

Taff, that.s just a mistake, it is not an endemic culture of top-down managerialism, micro management and second guessing of contractors which I have experienced in the UK. And at 50:1 I think you can cut tbem some slack.

this is very nice and very interesting thanks so much for sharing it with us "" Yet in the public sector, its only when the budget hits the buffers that suddenly there is a necessary scramble for savings. departments are closed and managers oversee recycling and waste instead of individual ones for wheelie bins or bio-bags. Suddenly, now that all the public toilets in the land have been closed, its occurred to someone that they don't need to manage them at all. That they could have given the buildings away to a contractor. Or paid existing private business, pubs, restaurants, coffee shops, to allow non users access to their facilities. Seeing as that already happens those businesses might have been willing to take a small payment to put up a sign ?""