My MEP Working Hard For Me 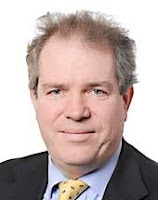 This chappie is Charles Tannock, one of my MEPs.  I've met him several times, he's a cheerful enough cove, quite good company over drink.

And now he would like me and my fellow electors to know what he's up to: he's sent us all a glossy brochure entitled 'Working For You Since 1999'.  The thing is, working for me obviously doesn't represent a full time job for Charles, and he has a lot of spare time.  But fortunately he's found no end of opportunities for outdoor relief: this is what he's been doing (I quote verbatim):


"I have echoed the Cypriot government's demands for an end to the Turkish occupation of the north of the island ...

"I have been especially vociferous in support of Serbia and Macedonia

"I have forged close links with the Latin American diaspora ... I have been a firm friend of Columbia (and) was decorated with the Order of San Carlos

"I work to promote a just and peaceful resolution of the Nagorno-Karabakh frozen conflict ... (and) am a proud recipient of the Medal of Mkhitar Gosh from the President of Armenia ...

"I welcome the peaceful transformation of [Taiwanese] relations with mainland China ...

The Order of San Carlos !  (is that perhaps a joke ?)  What a man - he must surely be a shoo-in for re-election next year.  One thing, though: do we really need to pay him when he's clearly enjoying himself so much ?

Come to think of it, the Medal of Mkhitar Gosh is probably a joke, too.  I don't think he realises they are taking the piss ...
Posted by Nick Drew

Email ThisBlogThis!Share to TwitterShare to FacebookShare to Pinterest
Labels: EU, Politicians at work

You might think that being such a good friend of Colombia he might check his assistant's prose before publishing it?

These people regulate the banks and the water supply!! I think I preferred the European system before it started pretending to have democratic legitimacy... Come back Peter Mandelson all is forgiven!

I wonder what future lies ahead for him after making all these international contacts at our considerable expense?

Ah yes, there's one of those in Bristol. So vibrant we ended up with armed police on the streets for a few months.

Rule: once a politician is elected all semblance of humility flies out of the window. They seem to have a switch inside them that flips over to "I deserve this" with no realisation that they are in their position much more by luck than (their) judgement.

Sounds like an April Fool to me and how come you're lucky enough to have more than one MEP Nick?

Such nice things to put. No wonder Farage gets wound up.

what future lies ahead for him? - I feel it should be in vibrant Somalia, or perhaps one of those vibrant bits of Bristol ...

flips over to "I deserve this" - yes, Budgie - known in the Drew household as 'Keith Best syndrome'

more than one MEP? - that's bloody proportional representation for you, Jan - it's not April fool, and it's not lucky

Misprint, it should be 'Medallions'!

They are a lamb dish, served with basmati rice, and a side dish of boiled apricots and steamed artichokes...

For desert, we have this awful looking rubbish, which is reformed paper dumplings, made from the copies of the tripe we talk in three hundred languages!

""I work to promote a just and peaceful resolution of the Nagorno-Karabakh frozen conflict ... (and) am a proud recipient of the Medal of Mkhitar Gosh from the President of Armenia ..."