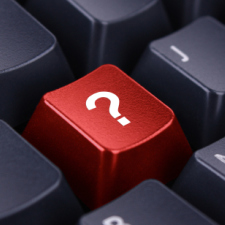 N.Ireland edition so take the clues from the panel. I don't think i'll be back in time to watch, which might prove a blessing. I always find Northern Ireland so totally different to the mainland UK politics. The laws are different. The Police. The Army. The politics. Terrorism means something else. Religion means something different. Watching is like viewing an episode of Question Time from France.
..Anyway...

BQ thiks
1. What to do about angry men with a thin grasp of history and a Koran ? Who's to blame?
2. Gay marriage. How well did that go down over there?
3. Swivel eyed loons. Yes, its official. CCHQ can't manage to shut down the mildest of mild stories.  Alistair Campbell must spit out a contemptuous "Amateurs!"every  day he opens the morning papers.
4. Political prisoners excluded form Spad jobs..
5. Gove's education reforms and the impact on N.I. examinations.


This tournament is sponsored by

assurance auto said...
This comment has been removed by a blog administrator.
2:13 pm

Do we give the spammers a point for turning up? It is in the rules?

Dimby tie - Red - his one shot at getting his true colours in across the water.

1. Nutters with guns and knives, hard to do much about.
2. Should NI leave the EU/UK and unite with Ireland?
3. There are NO gays in Northern Ireland. You hear me?
4. Immigration - none so stupid as to come here, hence UKIP failure
5. Something inane about flags or marches and how upsetting it all is.

1) Home grown extremism or is it just bloody murder for any excuse?

2) Why were the security services so utterly shite?

3) Gay marriage and the 'Homnishamble'. Is that the last vanguard of discrimination so by they can all shut up shop and get proper jobs? Hee hee hee.

My guess for this week has a golf theme as there are some great courses there.

"Fried Chicken" is the new insult. Whatever happened to */**/** off? And if that question gets asked, you'll know this competition's fixed.

Should Fried chicken be served at a gay wedding breakfast?

Fried chicken. Is it a security risk given that the G8 meeting will be held in the province soon?

With the news that a Japanese 80-year old has climbed Everest for the third time, could his vitality be put down to his diet of ....fill in the rest.

Integration of schools in Northern Ireland? What should be on the menu?

Missed last week. Was in Edinburgh teaching the locals how to sing "We'll keep a welcome in the hillside" for Nigel's visit.

well I'm back now, in the land of the loonies, so no more excuses for feeble guess-work

1) what, oh what, can we do about nutters like the Woolwich pair?

2) what, oh what, can be done about tornadoes? (let's ask you first, King Canute)

4) is t'membership of the Tory Party beyond the Pale? or is it the leadership? or something

5) do politicians really mean it when they say they are going to clamp down on google-tax-dodging?

2) The bill to prevent ppl convicted of serious offences being Stormont advisers - why in God's name are the SDLP opposing it? Should it be broadened to the rest of the uk?

3) Woolwich murders - failure of MI5, Special Branch, multiculturalism or the muslim community? [all of which are being blamed by the media today].

4) Tax avoidance - totally legal, but if it gets up the politician's noses so much, why not change the laws? And who thought these bloody laws up in the first place?

5) Could Cameron & his office do anything further to ensure loosing the next election?

Unbelievable. They took him out with a car and then carved him up. Harrowing footage. It must dominate this evening’s programme:

1. What are we allowed to say about it? According to the BBC, the men filmed, shot at and arrested must be described as suspects, not perpetrators. Nick Robinson (who hates Cameron and it shows) apologised for saying of Muslim appearance but now the BBC are promoting the 2007 footage of a Muslim march they have found.

2. Why has this happened? What can the Northern Ireland teach use about terrorist activity?

3. Equal marriage. Top tip: If all the men turned you down BQ, look to women; far more cuddly. Right, prepare the placards! Civil partnership for All and Pump Up Polygamy. Moral decline, eh?

4. Strategy for Northern Ireland going forward. How can we work this out? What amuses me is that the politicians always look so grumpy in the photographs. No smiles. No enthusiasm.

5. Free schools. No joint examination boards. Where is Gove going?

Finally I think Ed Miliband deserves an honourable mention tonight as he did stand up to Google at their own event and say pay tax. Good on him, not that it will make a millipede of difference.

Well, not orange or shamrock green. I'll go for yellow and blue.

1) What parallels should be drawn between the troubles of N.I. and yesterdays attack? Any?

3) Gays can marry. hooray! Can we shut up about this small section of society now. Fed up to the back teeth with it all.

4) I had the Evil Google Tax question last week. But now that Millipede has waded in I suspect the BBC will bring it up.

5) Flags and Parades - It's 2013 and people are still trying to capture standards. When will we grow up?

Tie... Hmm Green with something yellowy.

1) Does today's Churchillian rhetoric from David Cameron really square with the fact that he's just shed blood, sweat, tears (not to mention the unity of the Tory party)to enable bearded men to walk up church aisles in wedding dresses ?

2) Do Al Qaeda members think we are a nation of pussies ?

3) Now that two servants of the Crown have been beheaded on London streets does the BBC think that post 50s immigration has been an outright success ?

4) What would the 1950s public have thought if they could have seen the future ?

1. Axe murderers - should we adopt Sharia?

2. Is everyone a mad, swivel-eyed loon now?

3. Global markets rout - is this the end for capitalism, and should we all work for the BBC?

5. Drones - Obama defends his tendency to drone, especially about terror, Afghanistan and the Republicans. Discuss?

Saw some of it. Seemed quite good.
Except for some reason Dimby let the same two audience members speak twice. Why was that? They spoke as much as some on the panel.

Q1. How is UK going to protect itself from style of terror attack seen in Woolwich?

Q2 With Parliament taking steps to introduce same sex marriage, is it time for NI Assembly to follow suit?

Q3: Is the Republic of Ireland a safe haven for international corporate tax avoidance?

Q4: asked but no time to discuss so 3 questions asked, which is a new low for Dimby.

Measured - got all the nuances right. Very good - 10

Bit of a waste of time. Learnt approximatly fuck all. Cheers Bill!

BQ is in error in his first question which I wll edit in accord with BBC policy.

1. What have we done to provoke these otherwise peace loving men ( with their book of peace) into berzerker bloodlust frenzies . Why are we to blame?


Is it our fault for not intervening in Rwanda sooner?

Did I miss anything interesting?

Google, Amazon et. al. are not actually breaking any laws unfortunately so they can't be fined or banned:(

I dislike their tactics, so they should be reprimanded especially given how much cash they, well Google & Apple anyway, are generating we are talking serious wedge.

So I would introduce a law along the lines of "If a company has a UK turnover of greater that 1 Billion and pays less than 50% of the standard corporation tax rate on its profits (from UK operations) then this is de facto evasion and is therefore prosecutable under the law." The fine being 2 times the difference between that declared and the standard rate. So at 3% actually pad the fine is 36% (21-3)*2%.

Sorry for a serious answer in the light hearted compo but this gets up my nose, so much so that I will no longer buy anything from Amazon, and use google's services as little as possible(no point in cutting off nose etc).

You don't know what the fried-chicken reference is, BQ ? shame !

Mr tax-dodger-google will tell you -- for free ! and out of the goodness of his heart

Now, who wants the Simpsons game?

I have now been told its about golf. But..I still don't understand.

OK it goes something like this. A very tired cliche is that black people like fried chicken more than white people. Not very nice people note that in certain parts of large cities, fried chicken outlets multiply. I think Diane Abbott pointed this out recently as well, surprising none of us in showing us again that she is a racist too.

So the lousier an inner city is the more fast food, late night burger vans there are. Or is it that the large mark up on fried chicken/kebab shops allows them to operate where daytime retailers fail?

The safest place to be in a riot is the KFC.

My secret love is KFC.
A bucket of chicken! What's not to like!

Back from my holibobs. Did I miss anything interesting...?

good to see that "" N.Ireland edition so take the clues from the panel. I don't think i'll be back in time to watch, which might prove a blessing. I always find Northern Ireland so totally different to the mainland UK politics. The laws are different. The Police. The Army. The politics. Terrorism means something else. Religion means something different. Watching is like viewing an episode of Question Time from France.
..Anyway... ""