A call to arms

Well, that's not too bad. Many small arms take a long time to become refined enough to become world beaters. The US M14/16 series had quite a troubled infancy. Numerous refits and redesigns there too. But the original 1960's design is now on its M16A4 model and it has been produced in the millions.

The M1911 colt .45 pistol, the one seen in WW2 films, was a success almost from the start. Stopping power and simplicity were required. And that's what it delivered. from 1911 until the 1990's it was the side arm of US military and police forces. In 2012 12,000 more were ordered for US special forces.

The Colt was also the standard small arms of US forces 50 years before the Colt.45 when the Colt Navy 1851 was produced. Easy to carry on a belt holster. Easy to use and great short range accuracy, it was soon the finest revolver in the world. Production ended some 25 years later after the Colt Navy had sold some 250,000 units. 40,000 to the British Empire.

A weapon doesn't have to be the best in its class to be a winner. The famous post WW2 1948 AK-47 assault rifle has had more than 80 million units produced. Its not very accurate. Has only average range. But its reliability means it operates in any terrain, at any temperature, with only the most basic of training required. The guerilla weapon of choice. {The Chinese type 56 is a direct copy- That has also sold in the millions.}

Not just Superpowers create the best small arms. Israel's UZI sub machinegun family {another 1948 weapon} has sold over 10 million units to the military and police and security forces of over 70 countries who liked its size, firepower, and concealment statistics.

The UK's SA-80 family is almost 25 years old now and the L98A2 rifles are sold to Bolivia and Jamaica.
{And Jamaica isn't buying any more.}

Lets face it. When it comes to arms we are like the Swedes. We make modern, exciting, highly capable, problematic, innovative, quite specific military equipment that costs maybe four times as much as our competitors so no one else but the host countries ever buys it. 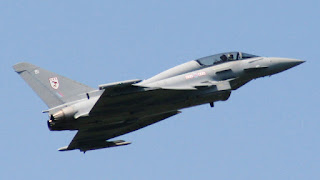 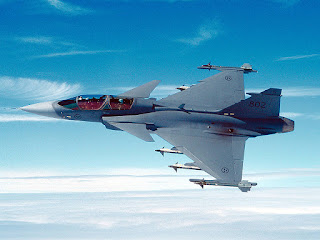 well the SA-80 sight is very nice (yeah, OK it is radioactive), even mediocre marksmen can do well @ 200m

"Israel's UZI sub machinegun family {another 1948 weapon} has sold over 10 million units to the military and police and security forces of over 70 countries."

The eurofighter was foisted on us. The challenger tanks were much better, even as good as the Abrahams. And the scimitar too - we do a godo job on vehicles becuase we have a history. samll arms and planes we do less well with sadly. Ships we used to do OK and submarines we still can.

My father was a fan of the Sten gun (which allegedly cost six shillings and eight pence each to manufacture). It was his preferred weapon for tank crews: good enough to help protect them if they had to abandon ship, not good enough to encourage them to act as amateur infantrymen. Instead it encouraged them to scuttle away to safety, as required.

field rations! the envy of every nation: I have been in the field with Americans and Germans forming queues to get their faces around some - willing to trade all sorts of things, too

we used to ask for the nice, fresh-baked German field-bakery brown bread in exchange

The M777 light weight 155mm field howitzer also made by BAe (at Barrow ex VSEL) and at United Defense (now owned by BAe) in the USA. Can use GPS guided shells accurate to a few yards at 22 miles range. Used by six major nations inc the USA.

And don't forget the Harrier, combat proved, in use by the US Marines who have recently acquired 72 Harriers (nominally for spares) for the princely sum of £115M from that idiot buffoon and all round dim fat boy Cameron.

I shall take you up on the Harrier later Budgie.
An excellent plane, extremely good for the role it was envisaged for AND above averagely effective in roles it was never intended for.

Yet.. we couldn't sell them. Even though no-one else had anything proven that was similar and they were in service for 40 odd years.

why was the Harrier unsaleable? I know the vogue was for fast and sexy raqther than slow and effective but still?

Errrmm, BQ, the Harrier has been used by Spain, Italy, India and Thailand, as well as the UK and the USA.

You said "We make ... military equipment that ... no one else but the host countries ever buys".

That is not true, as I have shown. I have just cited three.

There is also the incredible Land Rover widely used as a military vehicle. Plus many tanks including the Scorpion (exported to more than 20 countries) and Centurion and variants. Vospers (now BAE) have also been reasonably successful with their small ship exports over the years.

Graeme - for the reason you give. Few countries wanted to give a sub sonic aircraft in a supersonic era, a go.
It wasn't until the Falklands that the Harrier proved that a well maintained, well equipped, superior missiled up, superior air directed and superior piloted and led Harrier could take on and win against more modern fighters.
The serviceability of Harriers during the conflict was phenomenal. Some 95% availability each day. That is well a strive for figure in peacetime, let alone with war use and combat damage.

Bill, your Harrier summary above - well maintained, well equipped, superior missiled up, superior air directed and superior piloted and led Harrier - should of course be the basic spec for any RAF / RN aircraft deployment

but it doesn't follow that the Harrier could take on and win against more modern fighters - because all we are talking about is Argie (that's, Argie) Mirages/Daggers and A4s

(I think we we can safely discount, errr, the Serbs & Iraqis)

I worked extensively with Harriers in my time. They crashed a lot. (I personally witnessed 2, both on peacetime exercise, one of which resulted in the death of the squadron's commanding officer) At the start of each year's field exercise season, each squadron would hold a big dinner in a German restaurant (where things could be said that weren't said on base), and glasses were raised for the pilots who'd died since the last one

everyone involved trembled at the thought of operating them against the Sovs, against whom they would encounter proper, dense AA fire. On the big Corps simulation exercises, the entire RAFG complement of 3 squadrons would typically last 2-3 days max, after which they'd be deemed to be down to just ones and twos

you might say the same about any RAFG aircraft vs the Sovs: but I never met the same fatalism from, say, Tornado crews (with whom I also worked), or even Jaguars'

no-one doubts the superb way the Harriers were fought in the Falklands - but like Margaret Thatcher herself, they were lucky with their enemies

Budgie - I had forgotten the Indian navy. We did sell them and they have a better than average UK record of aircraft sales. Some 150 i think.

But, if we are going to be objective, the Mig 21 saw some 12,000 built.
The Mig 23 that keeps cropping up all across the arab spring countries had some 5000 built.
A similar number of US F-16s were in service.

We are never going to get close to those sorts of figures. What we do,{and the Swedes and the Germans and Italians and French} is build our own military's kit. Like the Tornado GR-4. Sold to the countries that built it and Saudi.

That's no bad thing.
But ministers talk of arms sales are always a little hopeful.

I think our best air export is still the Hawk trainer. That's a great fit area for us. training and engines.

Our artillery is good. Helicopters are world class, if extremely expensive. Submarines, ditto. Torpedoes used to be the very best. US sailors of WW2 and the cold war were amazed at them.

On a tangent of Mr Drew's question
during WW2 the Germans hadn't much good to say about British equipment.They considered their own superior and were mostly correct.

But in many accounts they are very respectful of the RA and the 25pdr which they rightly though superior to their own 120mm 150mm arty.

And the typhoon planes were actually feared by even the toughest panzer grenadier leader.

ND: Yes I am aware of that failing. The Indian Navy has lost over half of its Harriers to crashes, mostly on landing. They don't have a very good reputation and they only really wanted to buy our recently decommissioned ones for the new radar, which the UK rightly declined to include in the sale.
I too remember seeing one crash into the channel off Alderney and the pilot was killed too.

And you are so correct over the Falklands. Lucky with our enemies. Not that the Argies didn't have adequate kit. Just that UK forces had better at every level -Baring exocet and radios and the RAF air defense ,I think I remember reading in one account. if so that's always been a bit of a fail}
I cannot recall the name of it, but the mobile SAM, it didn't work well at all, leaving troops reliant on the old man portable tech.

ND, re RAFG plane attrition. The declassified nuclear planning papers say 40% Jaguar attrition was expected "during the conventional phase". Then they were supposed to try to deliver a WE.177 nuclear bomb (0.6 allocated per plane). Can't see why these pilots should not be fatalistic.

You weren't involved with the Honest John missiles etc by any chance? The little reported fact that the Army had access to more nuclear weapons than the RAF + Royal Navy combined, by way of U.S. nuclear sharing, has always intrigued me.

CU, re "submarines we still can". We can, but only because the U.S allowed BAE to copy the way General Dynamics Electric Boat build them, to get us out of the Astute-class building fiasco in the early 2000s. The U.S. Navy itself placed a $144 million contract with Electric Boat Corp in 2004 to help us Brits out of our mess:

And now we've discovered the Rolls Royce nuclear reactor for the Astutes is not safe enough by modern standards: "potentially vulnerable to a structural failure of the primary circuit" and "UK practice fell significantly short of comparable good practice". So we are spending $3 billion on a new submarine reactor based on U.S. design for the Vanguard replacements.

I wouldn't call this a Brit success story.

Mr W: the Harrier pilots were probably more fatalistic because they were actually dropping out of the sky in peacetime ! Of course, every mil aircraft had its peacetime accidents, but the Harrier more than most in the 70's & '80s

Never worked with the Honest John. Did work with the nuke-capable M110, though

this is one of the great and very interesting articles that i read .......... i find it useful and perfect because it can solve so many issues that happen to us...... when i read it i get the message and i know the key way that will provide me with good solution ..... so thanks so much for this article is very great ...... and very interesting ..... to share it with us is like a honor from you ........thanks a lot ...