Lehmans: Lest We Forget 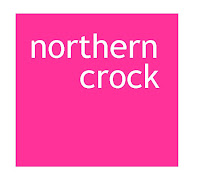 The airwaves are full of the 5th anniversary of Lehman Brothers going under, with people like Peston lazily saying that it marked the "start of the banking crisis". He really, really ought to know better.

The latest possible candidate for the start-date is a full 12 months earlier.  On 14 September 2007, Northern Crock went cap-in-hand to the Bank of England: and even before that a handful of German Landesbanken had gone under.  Each case was different, but only in detail.  And of course they were smaller: but when the canaries are dropping off their perches, the poison gas is already there.  We needn't bore you with a string of links to C@W posts of the time - but we could. 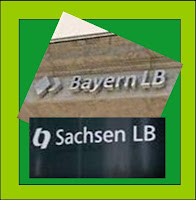 Why does this matter ?   Because no-one should be allowed to get away with either of these two fallacies, which we may justly term 'Brownite':
(1) Lehmans came like some bolt from the blue;  and/or (2) it all started in America.  The Brownite fallacies are an attempt to deflect blame from UK banking regulators and from, errr, Brown.  And of course Balls.

As I said, if you want the C@W links they are plentiful.  But for now, 'nuff said.

The principal reason that I despise the stupidity of the reaction by HMG to the collapse of RBS and HBoS was that the buggers had had so much warning from the Northern Rock collapse.

The wholesale market closed at the end of 2007. That was the start. The whole of 2008 it was obvious something very bad was going to happen.

Northern Crock were borrowing short-term to lend long-term, and had the fastest-growing lending book of any mortgage lender. In other words, they were an extreme case and any regulator really ought to be looking very carefully at the extreme cases to see if they are doing something better, or different, or merely recklessly insane.

Northern Crock really ought to have had a shot across the bows years before they got into difficulties and indeed had the regulator been the Bank of England then that is exactly what they would have received. The blame for Northern Crock lies firmly with the moron who mucked up a known-working system of regulation, i.e. Gordon "goldie" Brown.

Even when Northern Crock was in the process of failing, this too could have been handled better. A controlled shutdown in which savers were bailed out up to the pre-agreed limit and where shareholders received nothing from their shares in a bankrupt business, and ALL bank staff received merely the legal minimum payoffs would have been a much, much better thing. Such a controlled shutdown would have demonstrated to all the rest of the banks that the government would not ride to their rescue in the event of trouble, but would merely wield the bolt gun competently and terminate the company quietly and skilfully.

This would then have sent a very, very clear message to all the other failing banks: sort yourselves out or we will merely save the money of the savers and let you morons go hang. Thus the rewards for stupidity would have been made clear and we would have had a much more frightened community of bankers.

I think Peston's got an agenda and popping my tin foil hat on the side for a moment, it has been widely reported that he's an exec member of Common Purpose. There should be greater analysis of the meeja reporting - to be sure, but we should also focus on Osborne's inability to fight the narrative at the time and therefore trapping him in the cycle that we're currently in. Much the same as Plan A shite - and this whole austerity nonsense; although that may be a sop to flush out the alternatives even though they're aren't any.

What does irritate, what does stick in one's craw though is the amateurish response to RBS in that why didn't they bankrupt the company for 2 seconds before refinancing it? Why didn't they say - all bets are off, all contracts are void - you're our bitches now and should you even consider doing anything which is detrimental to political expediency then you'll get screwed?

Instead, we have Andrew Tyrie doing the dogs work that some bright spod in the treasury should have charted back in 2001 etc. It's all very well that Jeff Randall etc were warning about it - but what the hell does the BoE or the Treasury do if not scenario plan, if not test alternatives, if not prepare for force majeur or systematic shifts? It's almost as if Brown hand-picked every treasury officer (except 1 - which apparently is true - only 1 guy remained there over his ministry) and prevented their activity.

I could toss it off for 13 years with no discernable output and I charge a hell of a lot less than an entire department.

Hey ho - onwards and err...somewhere else, I guess.

As one of the few rabid nay sayers claiming that the pre-conditions were in place for a systematic collapse despite all the talk of never ending booms, as you way once the canaries fell off the perches we were on the way. But very few around in power wanted to know or even admit it. My big loud bell was when the USA property market started to freeze in late 2005 and 2006.

Even on Northern Rock, both the FD and Risk director resigned in the 6 month run up - i.e. the beginning of 2007. The shareprice collapsed.

It's a sorry story, now most of those who worked or ran teh FSA then now work in the Banks they used to regulate. the banks think this is good politics, to have the good guys on board.

But they were'nt good guys then and they are not now either.

I commented then that it was already $500 bn and counting: Mark W wrote that he'd come up with a similar number to mine using some excellent reckoning of his own, and asked me what method I'd used

I said I'd simply taken the bullshit number and multiplied by 3, which is my usual rule-of-thumb

The "bust" was a natural consequence of the boom that was stoked by Gordon Brown et al in 2001 to cover up any negative impact from the dot.com crash.

A credit boom always ends in a crash and recession. In 1928 it ended in the great depression when the crash resulted in contraction of the money supply (something it seems the EU has not learned).

Gordon "no more boom and bust" Brown was not an economist but he was a historian. He KNEW exactly what had caused the Great Depression and yet in 2001 he proceeded to embark on a course of action that was likely to repeat it. Make of that what you will. Was it driven by mad ambition or did he hope to bring the economy deliberately to a crash in the hope of sparking some sort of anti-government Marxist revolution? Or both? However, the Americans know all about credit booms leading to bust but they jumped in with both feet - so I come to the conclusion that democratic short-termism leads to governments with their hands on trhe levers of the economy making full use of them to keep themselves in power as long as possible.

At the same time journalists like Jeremy Warner (at that time he as at the Independent, now he's at the Telegraph) were gleefully covering up for Brown/Balls and making out that the government had all kinds of cunning plans these days to avoid a credit boom turning into a full-blown bust. He was one amongst very many. Often nespapers were employing banking economists to write their own pieces in the big cover up! I though I was going mad in those days - so many experts telling me the opposite of what I had understood to be true. I was quite relieved when it all went tits up - at last it showed that I was on the right side and our new Emperor really did have no clothes. Beware of the outright liars in the media - they really do exist.

"Northern Crock were borrowing short-term to lend long-term": isn't that what banks do for a living? And building societies?

of course many banks borrow short to lend long but they used to do that on the basis of well-estqblished risk models. E.G. in 1990, you could only borrow 3.5 times your annual income. When interest rates collapsed to single-figures in the 1990s, these rules of thumb were abandoned. When I remortgaged in 1998, I was able to borrow 6 times my annual income but I resisted the temptation.

As Mr Micawber might say, that way lies poverty.

The Darien to be specific when the founder of the BoE decided to bet a quarter of a nation's wealth on a speculative venture.

And they've been doing it ever since - some 400 years or more.

Unless someone knows of an earlier one.