Miliband: Up, Down or Sideways? 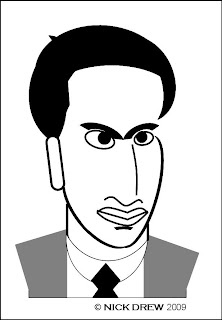 Well, all these media pundits have newspapers to sell and broadcasts time to fill, and everyone likes a decisive piece of insightful journalistic summing-up after an event like the Syria vote.  But while we consider claims that the events of last week have finished Cameron's authority and made Miliband a shoo-in for 2015, let's maintain a strong sense of perspective.

To Mrs D's dismay my study is silted up with a sandbank of newspaper cuttings from the pre-web era, and perusal of items from the days of Kinnock's long incumbency at Walworth Road provides a salutary reminder.  Kinnock was basically a no-hoper, rumbled by nearly everyone from the word go.  He had a lousy inheritance, they said; but the sentence would always continue: if it had been any better, it wouldn't have been his.

He was up against Thatcher at the Despatch Box, and then Major.  Now Mrs T had massive lows as well as highs in her time in office, and of course Major had a series of ultra-lows.  So on a cyclical basis, Kinnock was forever being praised for having turned some corner, for being statesmanlike at last, for showing finally that he was made of prime-ministerial stuff.  Never glad confident morning again for the PM !

But it was journalistic tosh.  A few weeks would pass, the front pages would be occupied by some other event more congenial to the government, and the Welsh Windbag would be consigned once more by the political column-writers to supposedly watching his back for an imminent palace coup.  He hit two general elections at the wrong stage in the cycle and retired to spend more time with his wife and their fine collection of euro-dosh.

A key element in all this is Punter's Amnesia, that chronic condition afflicting almost all voters and, it often seems, almost all political correspondents.  Who now recalls that Cameron's response to Leveson was supposed to have dished him for all eternity in the eyes of the unforgiving public, and that Miliband (+ Clegg) had assumed impregnable moral high-ground on the same issue ?  Eh ?  And that was March of this year !

Yup: no-one remembers.  It didn't dish Cameron; and it wasn't the making of Miliband, who had the usual, cyclical, dreadful time in the meejah over the summer.

Of course, some things have a cumulative subliminal effect on the public consciousness, like the laying-down of sandstone strata over millions of years.  But that tends to be the little clues to true personality, rather than the articulated lessons of well-remembered events.  This is the process that did for Kinnock, as now he more-or-less himself admits.  He just wasn't up to it.  And - no hard feelings - we all knew.

And we will all have our own views on Cameron and Miliband, formed quickly or slowly and refined with time and events.  But it will be the combination of this long-laid-down process, plus Events-dear-boy at the time of the next election, that will determine the public vote.

Email ThisBlogThis!Share to TwitterShare to FacebookShare to Pinterest
Labels: Ed Miliband, Media in the dock, Politicians at work

Milliband is sunk already.
All they have to do is carry on

- point how he did for his brother

- ask where he is - when was the last interview - and then put a mash-up of the Milliband / Martha Carney interview on youtube.

Not that Cameron is much better.

But blaming all the Cons mistakes on Osborne and then getting rid of him next summer would be a strategic move.

Funny how a choice of 30 types of pasta in a shop is a good thing, and means you get something you want and like, but a choice of 3 leaders (being charitable, 4) is a fracturing of our political system.

Trouble is that those "leaders" we have a choice of are not leaders. End of.

Nick. Lord Kinnock, EU Commissioner - would that be the same as the Neil Kinnock who was "implacably" opposed to the EU. And the House of Lords. Flash a few EU pensions at him, and flash a pair of HofL Ermine Knickers at him, and bang! bollocks to principle eh? If you don't like my principle, I have other ones, as Mr. G. Marx said

Mili is a shoe in for prime minister, as I have long said.

UNLESS events kick in to ably demonstrate he is a fool and knave. In the case of Syria he did badly, but so did they all. End result no change, Labour 6% ahead in the polls, 10% ahead of where they need to be to get largest party.

Most people think Mili is a foll- but do they hate Tories more? using ND's analogy this is the key aspect - hate Tories or not rateEd? On that highly intellectual basis the election will be decided.

What CU has long been saying is that the maths is against Cameron.
He could not win against the awful Brown, partly because his starting point was from so far behind thanks to the Hague/Howard omnishambles, and also due to the economic crash that helped Brown recover his favoured economic lost ground.

This time around there will be all the negativity of cuts and strikes and falling living standards to contend with. There will be the many, many government failures to reflect on. There will be the lost Lab supporters who went yellow, pouring back into the red trenches.
Then there is the UKIP flank on Cameron's right. The fact the government MUST win Strong LABOUR seats to win power, whilst labour need only win in their heartlands and take most marginals back.

Its almost impossible to see how Cameron could win.

The only hope is that the economy comes good this winter. Especially if the EU stays flat. Good economic news and the end of the recession, plus the general Miliband vacuousness and pre-election union belligerence,might just allow the coalition to limp over the line. But they need to be doing much , much better than they are.

Look at the comments on here from what should be traditional Tory voters.
Lukewarm support at best.
And I , as always an ever loyal backbencher, include myself amongst their number.

Lukewarm support from even strongly "Tory" voters. However on election day people will hover over those boxes and ask: "Miliband? Really?".

For me, failing to pass the unit of alcohol tax was utter, utter failure for the Tories.
An intelligent policy with solid scientific grounding and medical backing, obvious long term health benefits and health budget benefits was thrown out.
Governance ceased the Blairite-rule-by-opinion-poll was back.
We are drifting hugely here and the public sense it. Unfortunately, I dont think Milliband cuts the mustard.
Whats a voter to do?

Given the unreformed constituency boundaries, Labour only needs 35% of the vote to form a government with a clear Parliamentary majority.

Public sector employees (one hesitates to use the word "workers"), benefit claimants, ethnics and the postal vote fraud will lift Labour well above that threshold.

The Cameroons have succeeded in alienating many of their own supporters, without gaining any new ones.

UKIP will win the next EU elections, and after that, the deluge.

@Blue Eyes - people will hover near the voting booths and ask "why bother?"

I don't think Labour's a shoe-in, but the Coalition comes across as so alienated I can't see the Tories attracting a lot of the available floating votes, whilst many of the core Tory vote will tick 'UKIP' to send a message.

Labour are fortunate their only reasonable opposition to their core vote are the Lib Dems, who have pretty much displayed why they should be kept away from power at all costs and so won't be taking too many of their votes away, and neither will the various Respec' and Spartist parties either.

Without some major change in fortunes, all Milibrain needs to do is look vaguely competent which he has noted is best achieved by keeping his mouth shut and his face away from the cameras.

We'll see a Labour victory, a drop in the number of voters and the usual hand-wringing over why people don't vote without anyone publically admitting the primary reason is we've an alienated political class filled with shits, shills and shysters.

It's the economy stupid. what people care about is the £ in their pocket. More or less nothing else. 99% of British people think they are hard done by, living in poverty and living hand to mouth. And they are, because they have spent 99% of their months salary by the next pay day.

So most people feel they have no choice but to vote for the party that best suits their financial interests. Come 2015 that will be the Tories. Osborne will get the Tories re-elected just as Blair was dependent on the perceived economic competence of Brown. It may not be fair but that is what will happen. The UK will enter the inevitable boom that follows bust and people will cheer Osborne to the rafters, allowing Cameron to ride in in the wake of Osborne's apparent economic success. Milliband is also a twat, which will be rapidly re-discovered when the fool is put under any kind of pressure during an election run-up.

The huge fly in the Tories ointment is not Labour as such. It is the epic battle now shaping up between immigrants that perceive Labour as a means of grabbing the wealth currently held by the indigenous majority and the indigenous majority that would rather keep that wealth for themselves, thank you very much. If more and more of the indigenes start seeing this battle as a "them and us" fight for their own survival and the survival of their homeland and its history, then we might very well have found one of those rare occassions where a single issue will trump the state of the economy as the arbiter of an election outcome. In that case we might very well see UKIP suddenly burst with force onto the political stage and throw everyone else into dissarray. However, I think it is now unlikely that anyone will care enough for UKIP to manage more than third place, and so the vote will be split 4 ways and the nation will be more divided than ever. With no party in a position to bring mass immigration to a close, Britain and its history will be gradually taper to an end remembered only by Australians and New Zealanders as part of their past.

"For me, failing to pass the unit of alcohol tax was utter, utter failure for the Tories."

It's funny. Had that passed, I fully intended to take wife and kids to France for the weekend, and cram the people carrier with 300 bottles of wine. That nice M.Hollande needs the revenue, after all.

It didn't pass, and we're still paying duty on about three or four bottles a week.

It's not that Kinnock wasn't up to it - we'll never know. It's just that there was heavyweight competition. Just as we'll never know how Michael Howard might have done, because Blair did what he did (snake oil retail) brilliantly.